HONG KONG — They had been barred from holding their usual memorial, but that did not mean they would not remember.

They gathered online, to watch a reading of a play about the massacre of pro-democracy demonstrators in Beijing on June 4, 1989. They prowled bookstores, on a scavenger hunt for protest-themed postcards hidden in the stacks. They scribbled the numbers 6 and 4 on their light switches, so that everyday actions would become small acts of defiance.

Pro-democracy residents in Hong Kong are grasping for new ways to sustain the memory of the Chinese military’s bloody crackdown on the Tiananmen Square protests, under a government increasingly bent on repressing dissent and free expression. The city’s authorities have, for the second year running, banned a candlelight vigil in Hong Kong’s Victoria Park, warning that attendance could lead to five years’ imprisonment.

The annual vigil, which for decades drew tens of thousands of people, has long been crucial to public memory of the 1989 killings. It was the only large-scale memorial to the massacre on Chinese-controlled soil, as Beijing has silenced any commemorations in the mainland.

But it also has huge significance for Hong Kong’s present. As the city’s own pro-democracy movement falters, whether and how long residents continue to commemorate Tiananmen has become a litmus test for their will to keep fighting for their rights.

“Hong Kong civil society has been quiet for so long already under the fear of the national security law,” said Chow Hang Tung, the vice-chairwoman of the Hong Kong Alliance in Support of Patriotic Democratic Movements of China, the activist group that organizes the vigil. This year, its organizers called off the event but encouraged people to light candles independently in public places.

“If you can step out now and take this one small step and see each other,” Ms. Chow said in an interview earlier this week, “I think this will boost the movement.”

Still, in the days before the anniversary, several pro-democracy groups had appeared to heed the call to remember. They organized film screenings and street booths, teach-ins and church services, to show that the ban would not have its intended effect.

“For various reasons, we may not be able to speak clearly, but we must not forget history,” a branch of the Hong Kong Catholic Diocese wrote on Facebook.

The promise of perseverance is also laced with anxiety. Some of the city’s most prominent pro-democracy leaders were arrested or jailed for attending last year’s banned vigil. With the new national security law in the backdrop, the authorities have targeted even peaceful protest against Beijing.

The law grants Beijing broad powers to crack down on a variety of political crimes, including separatism and collusion.

On Sunday, a 65-year-old activist, Alexandra Wong, was arrested after a solo demonstration in which she held a placard referring to June 4. The police said she was suspected of unauthorized assembly and inciting others to participate; a police spokeswoman declined to answer how one person could constitute an assembly. (Ms. Wong was later released.)

The significance of the annual vigil comes from Hong Kong’s unique position: The territory is part of China but was promised civil liberties unheard of in the mainland after its return from British colonial control.

In the mainland, the Chinese Communist Party has enforced widespread public amnesia of the 1989 killings, which left hundreds, if not thousands dead. But in Hong Kong, the massacre was a watershed moment in the city’s political consciousness, intensifying fear about Chinese control. For 30 years afterward, the Victoria Park vigil was a marquee event on many Hong Kongers’ calendars.

The vigil also came to signify more than the historical event itself, as it became a barometer of public sentiment toward the government. Interest had ebbed in recent years among some young people, who increasingly rejected the mainland and distanced themselves from its tragedies. But in times of political turmoil, turnout surged, including in 2019, when anti-government sentiment was on the verge of erupting into mass protests.

READ  Should schools in Hong Kong continue online classes with typhoon signal No 8 in force?

Then, in 2020, the government banned the vigil for the first time, citing public health concerns during the coronavirus pandemic. Thousands turned out anyway.

The reason for this year’s ban was ostensibly public health again. But the national security law, which came into force on June 30 of last year, looms large over the anniversary. The police are expected to deploy thousands of officers on Friday.

Hong Kongers — who have become adept at finding new ways to express themselves under the crackdown — have sought to maximize the limited space that remains.

Stage 64, a nonprofit theater group, has streamed readings and plays on Facebook Live this week, including “May 35” — an imaginary date that would fall on the day of June 4, in a nod to how the date is censored on Chinese social media. Three independent bookshops announced a scavenger hunt for political comics, which they said would be scattered among their shelves.

In a column in a local newspaper, an artist suggested that Hong Kongers write 6 and 4 on their light switches as a replacement for lighting a candle in Victoria Park. “Think of the daily act of turning on and off the lights as a ritual, and connect your current life to history,” the artist, Tozer Pak, wrote.

Others have tried to preserve as much of the usual rituals as possible. Several prominent pro-democracy groups have organized booths on the streets, as they have done for decades, to hand out candles and flyers promising never to forget Tiananmen.

On Thursday evening, the day before the banned vigil, a handful of people left candles and flowers in the park.

Ms. Chow, of the Hong Kong Alliance, had said before her arrest that she still planned to go to the park in her personal capacity. “It’s a public park, it’s open, and I just want to do my commemoration there,” she said. “Why is that against the law?”

But the space for these alternative commemorations is shrinking.

Hong Kong’s education secretary said on Saturday that teachers should consider “curriculum objectives” when deciding whether to cover the events of June 4. Several teachers have already said they won’t.

Officials on Wednesday accused a long-running museum about June 4 of operating without a license, leading organizers to temporarily shutter it.

And over the past week, hecklers harassed activists at two street booths, punching one volunteer, according to the League of Social Democrats, the booths’ organizers. The Hong Kong police confirmed they had arrested one man for assault.

“I think the whole environment makes them think it is easier to resort to violence, because they think the government and the police are on their side,” Chan Po Ying, a leader of the League, said of pro-government residents.

The league has also advised supporters to stay away from the booth it plans to set up near Victoria Park on Friday, Ms. Chan said, to avoid unnecessary risk.

The precautions have left many pro-democracy Hong Kongers feeling that the city is increasingly indistinguishable from the mainland. But others have tried to emphasize the differences.

Rowena He, a history professor at the Chinese University of Hong Kong who studies June 4, said she was planning to attend a church service on Friday. Some students had suggested a private gathering, she said. But that reminded her of her own teenage years in the mainland, in the 1990s, when she paid tribute to the victims of the massacre in secret, with shuttered windows and the lights turned off.

“In Hong Kong, I can still go out to mourn with the rest of the people,” she said.

“Maybe next year, when we can’t even go to church, maybe that’ll be the only option,” she said of a private vigil. “I don’t want to do that yet.” 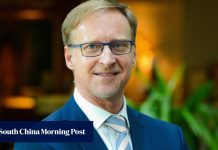 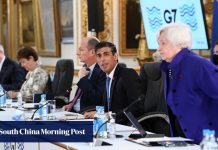 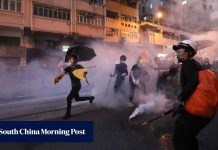 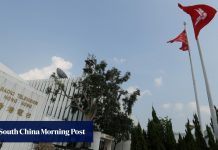 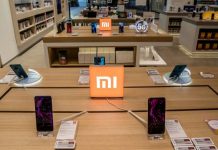 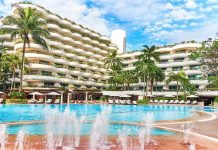 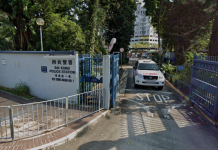 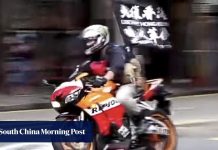 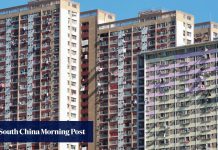 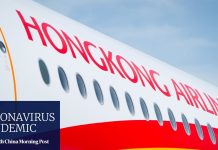 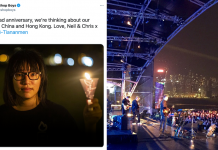 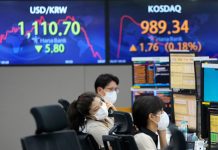 Asian shares trading mixed as optimism wears off on US rally