Asia Newsday
Asia Newsday > China > Hong Kong 'not out of the woods yet' from Typhoon Kompasu: Expert
China

Hong Kong 'not out of the woods yet' from Typhoon Kompasu: Expert


Typhoon Kompasu is likely to affect Hong Kong for longer than expected, with a No 8 signal now predicted to remain in force until at least 4pm, surpassing the 22-hour warning – the longest in 40 years – generated by Tropical Storm Lionrock only days earlier.

As of 2pm, the typhoon was situated 490km south-southwest of the city, according to data from the Hong Kong Observatory, which forecast it would lower its warning to a No 3 signal between 4pm and 7pm on Wednesday (Oct 13).

An amber rainstorm alert, meanwhile, was issued by the weather service at 2.02pm.

Lashed by Kompasu’s heavy rains and gusty winds, the city was largely brought to a standstill, with schools suspended and stock market trading cancelled for the day.

At least 16 people were known to be injured amid the storm, with one fatality, according to the Hospital Authority.

Hong Kong’s Legislative Council also postponed its weekly council meeting to October 20, delaying the second reading of new bills on the introduction of non-local doctors to the market and rent control for subdivided flats.

While rains were less intense than those brought by Lionrock, low-lying areas near Lei Yue Mun in Kowloon and in Lantau Island still experienced flooding, while Heng Fa Chuen to the east of Hong Kong Island saw stormy seas and strong winds.

The government had also received reports of at least 58 fallen trees as of 2pm, though no landslides were known to have occurred.

As winds shifted direction just before 10am on Wednesday morning, their speeds tripled in areas like Tap Mun, leading the Hong Kong Observatory to extend a No 8 signal forecast originally expected to end at noon.

“We’re not out of the woods yet,” Leung Wing Mo, a former assistant director of the Observatory, told the Post.

“The wind speeds at some measuring stations increased drastically. Tap Mun originally recorded about 20km/h winds between 8am and 9am, but [by 10am] that shot up more than three times to about 70km/h,” he said.

Leung said Kompasu – named after the Japanese word for compass – was unlikely to be downgraded before 4pm, as that could only happen when wind speeds at four out of the city’s eight measuring stations dropped below the gale force threshold of 63km/h to 117km/h.

The increase in wind speed could be entirely attributed to the shift in direction from north to east, Leung said, as it combined the typhoon’s currents with those from the northeast monsoon. 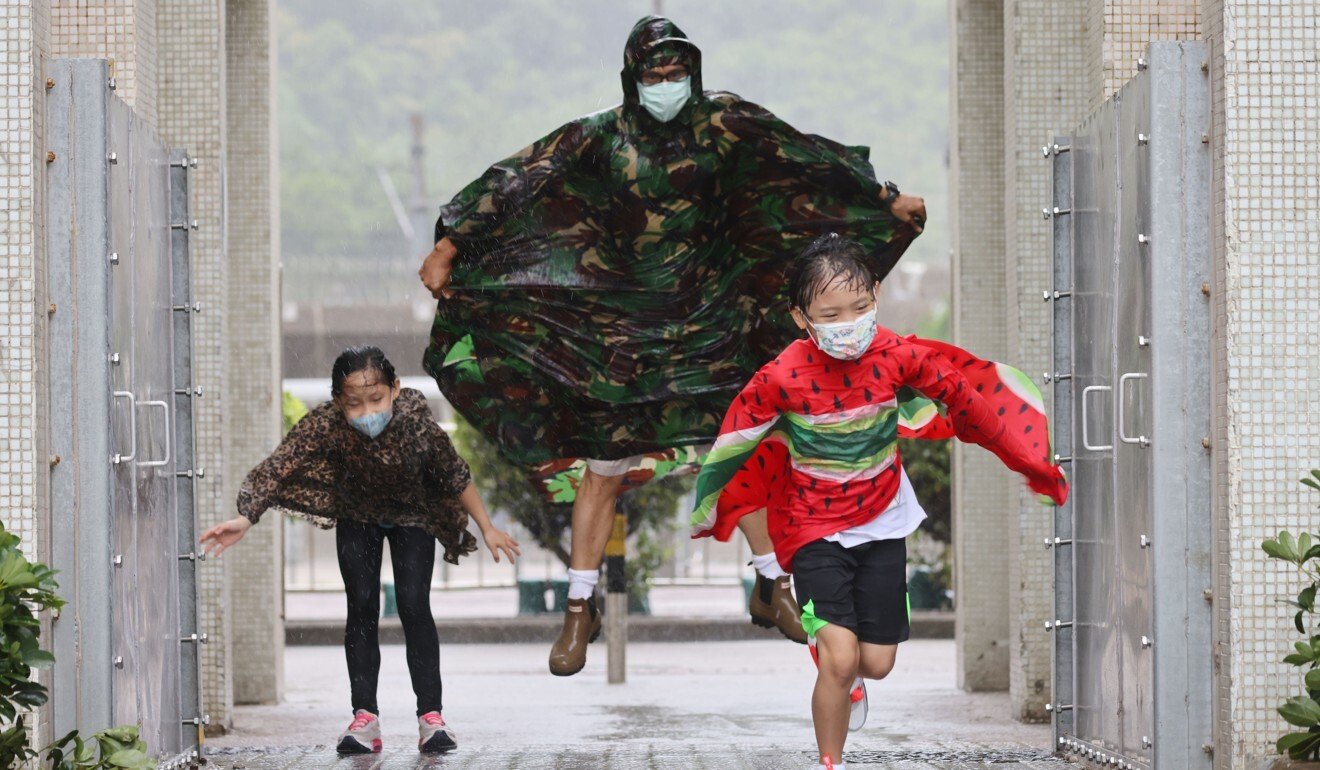 During an earlier appearance on a radio show, Leung said the effects of the storm had been weakened by the mountainous terrain in the north of the city, which lessened winds blowing from that direction.

Drier air from the monsoon had also helped temper the rains associated with Kompasu. However, both he and the Observatory warned residents that the shift in wind direction would expose more of Hong Kong to the storm’s effects.

When the Post visited the village at 8am on Wednesday, the flood had receded and residents had largely left their homes and started commuting to work. 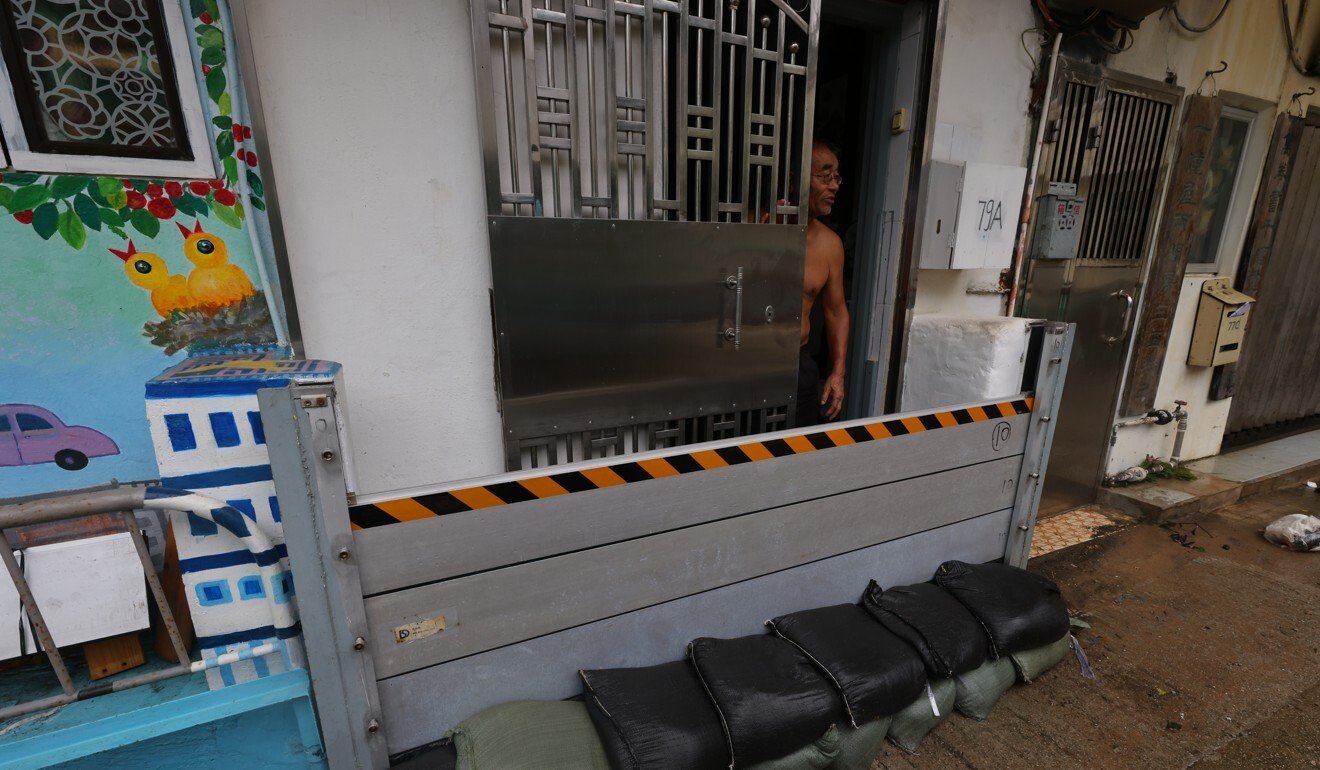 But Law, a resident in her 70s who has lived in the village with her husband for more than 50 years, said her kitchen had been flooded up to her knees.

“I took a look at my kitchen after I woke up at 3am. It was flooded, with a backflow of seawater from my toilet, but luckily my fridge and other electrical appliances were not damaged,” she said.

The government had helped install floodgates in front of her door following Super Typhoon Mangkhut in 2018, which caused huge damage and led to serious flooding in the village and the rest of Hong Kong.

See also  Taiwan will reopen Guam office, a sign of stronger ties with the US in the face of tension with China

“The floodgates help a lot when there is water influx, and that’s why my living room was not flooded,” she added. 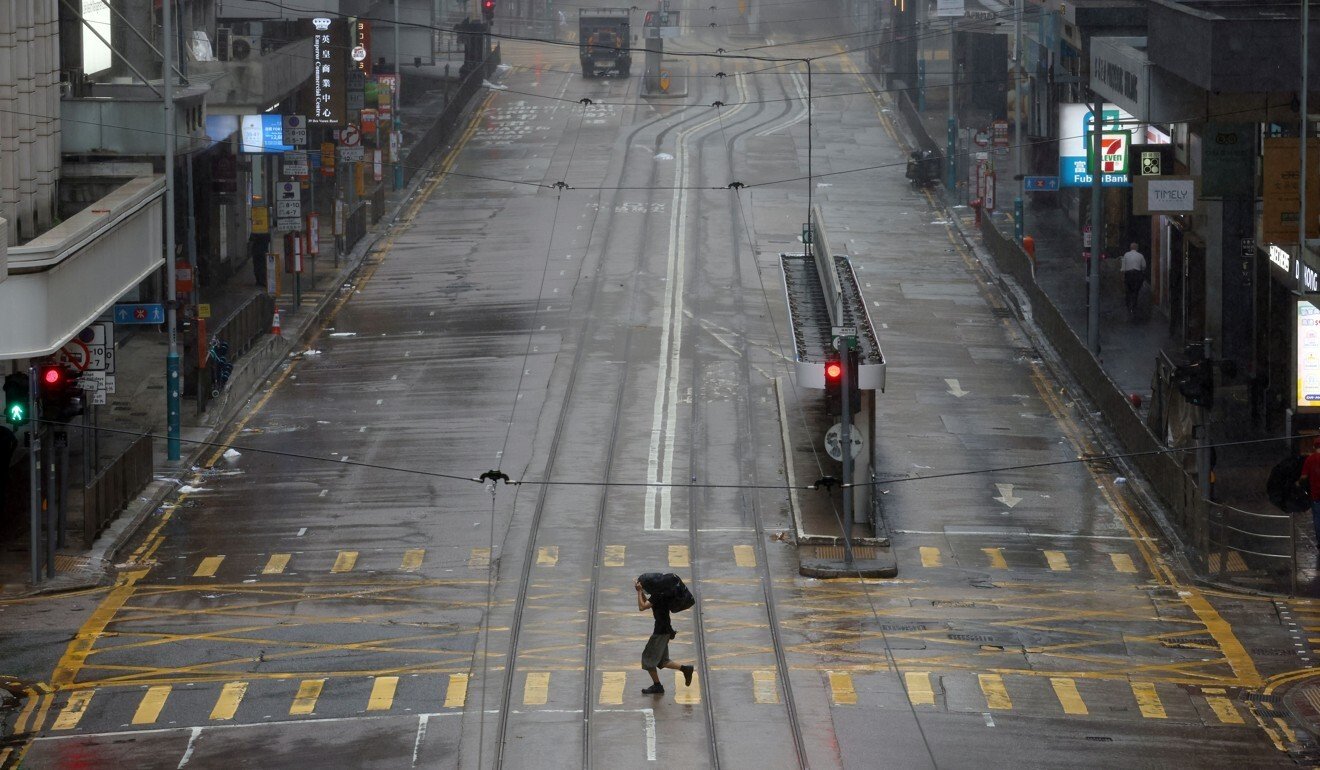 Lui Tung Hai, vice-chairman of the Kwun Tong District Council, visited the area on Wednesday morning. He said the villagers were all fine as Kompasu was not as intense as Mangkhut.

“It depends on the tide… The most serious flooding happened at about 1am overnight, but the flood receded by about 3am,” he said, adding the government had also provided sand bags to residents, while some had temporarily moved into a government shelter.

Meanwhile, dozens of residents of Hong Kong Island’s Heng Fa Chuen estate, undeterred by high waves, strong winds and Observatory warnings, could be seen venturing out on Wednesday morning to take pictures of the waterfront promenade.

The promenade, which is on the east side of Hong Kong Island, has long been a hotspot for citizens hoping to observe typhoons. As of 11am, there were occasional showers and the sea remained rough with swells, though the waves did not wash onto the pavement, which workers were already busily cleaning. 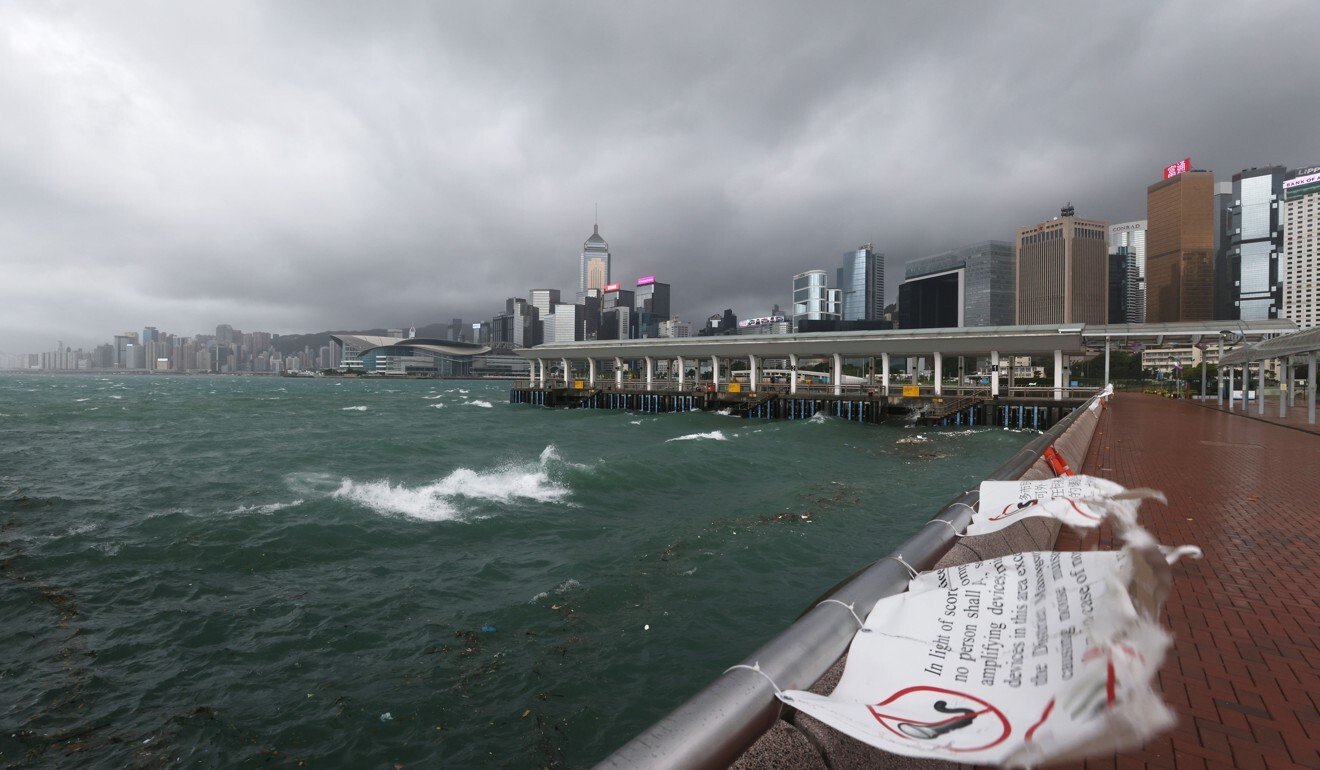 Alan, a designer in his 40s, said he brought his two nine-year-old daughters and son to “feel the typhoon”.

“I assessed the situation at home before heading out, I think it is safe today … The wind is not that strong,” he said, adding he had taken his children to observe the aftermath of Mangkhut in 2018.

Wilson Pong Chi Fai, 49, a civil servant who has lived in the estate for more than 10 years, said the management company and government had installed new barriers and flood boards at the waterfront after Mangkhut hit the city in 2018.

“I think the barriers and boards help … with preventing flooding,” he said. “The Observatory has also improved in making announcements. The typhoon warnings have come earlier so we can be more well-prepared.”

Steven Chan, who works in the window maintenance industry and is in his 60s, moved to Heng Fa Chuen with his wife only two weeks ago.

“I know that Heng Fa Chuen has been a hotspot for typhoons, that’s why we came [to the promenade], to see if the wind is really strong here. This typhoon isn’t as strong as I thought, but I may come here again for the next one.”

Kompasu is the second tropical cyclone to hit Hong Kong in less than a week. Tropical Storm Lionrock brought heavy rains to the city starting last Friday, causing the collapse of a 30-storey bamboo scaffolding outside a building in Happy Valley.

Following widespread public criticism that its weather warnings did not properly reflect the actual dangers and came too late during Lionrock, the Observatory on Monday said it would provide timelier alerts regarding Kompasu.

On Tuesday, the Observatory warned the public it would issue a No 8 signal – the third-highest typhoon warning – two hours before doing so at exactly 5.20pm.

Kompasu has sparked panic buying in some districts over the past two days, compounding the effects of disruptions over the weekend, and leading to shelves being emptied of perishable foods and long queues forming at supermarkets.

On Saturday, Tropical Storm Lionrock, named after a famous mountain in Hong Kong, became the first storm of the year to generate a No 8 warning, triggered when wind speeds of 63km/h to 117km/h are expected.

That earlier storm has led to the suspension of construction work on the New Acute Hospital in Kai Tak, the Hospital Authority announced on Wednesday.

The heavy rains over the weekend led to the new hospital’s foundation settling more than 25mm at four monitoring checkpoints on site, the authority said, adding it had now stabilised.

The authority said it planned to ask the contractor to investigate and take steps to strengthen the foundation. 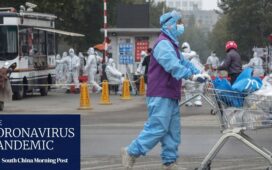 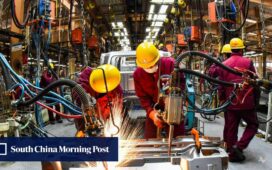 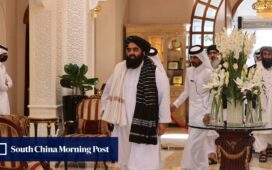 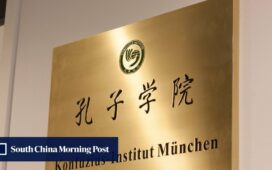 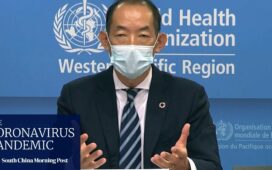 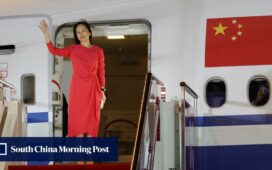