A photograph of a masked policewoman in plain clothes sitting on a 14-year-old schoolgirl after she pinned her to the ground at a busy road junction in Hong Kong on Wednesday has gone viral, sparking criticism online.

The girl, who was in school uniform, was one of four secondary students who were arrested at the junction of Ma Tau Wai Road and Tam Kung Road, in To Kwa Wan, at about 7.15am.

Police said the girl had resisted arrest, and a man had tried to help her to escape.

According to police, the schoolgirl and three schoolboys aged 15 were among a group who set up barricades with traffic cones and sprayed paint on a passing bus, before a team of masked detectives in plain clothes swooped in to stop them.

Officers seized a can of spray paint, a retractable baton, face masks and gloves from the suspects, who are students at nearby two secondary schools.

Hung Hom divisional commander, Superintendent Alan Chung, said the four suspects had set up roadblocks and vandalised the bus on the way to school.

Chung said detectives also arrested a 47-year-old man, who was said to have pushed a masked policewoman and tried to assault her in an attempt to help the schoolgirl escape.

A photograph of the incident drew hundreds of critical comments on the internet.

Questioning why it was necessary to sit on top of the girl, one user called it an “inhuman act”, while another said police had become more violent.

When asked whether police had used excessive force, Chung said: “The schoolgirl put up a struggle in the incident, and the 47-year-old suspect tried to attack our female colleague in an attempt to help the female student to escape.

“The female student was quickly handcuffed and then no one continued to sit on her. So this is the minimum use of force.”

Following the arrests, some of the officers were seen holding batons to guard the suspects at the scene while waiting for the arrival of police vehicles.

As some passers-by took photographs of police, one officer was alleged to have said: “Stop taking photographs. Filming what? You don’t take photos while cockroaches set up road barriers.” Cockroaches is a common slur used by some officers against anti-government protesters.

Police arrested the four students on suspicion of possession of an offensive weapon, disorderly behaviour in a public place, and criminal damage. The 47-year-old man was arrested on suspicion of assault and obstructing police.

As of 2pm, the five suspects were being held for questioning and none had been charged. 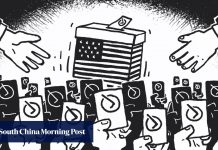 Asian-Americans grow louder in their bid for a political voice 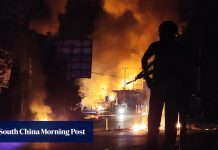 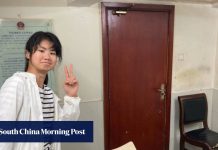 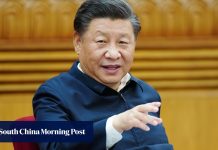 Teacher in China sentenced to death for poisoning children's porridge

All eyes on China: what to look out for at the UN biodiversity summit 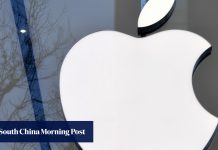 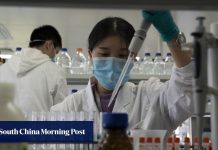 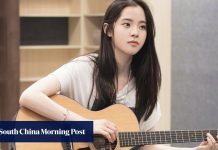