HONG KONG — Hong Kong protesters planned to converge Saturday on the satellite town where an armed mob attacked some of them last weekend, defying a police order and raising the possibility of more confrontations and violent clashes.

The protest in the district, Yuen Long, is in response to an assault there by more than 100 men on demonstrators and others in a train station there on Sunday night. The attackers, who were wearing white T-shirts and carrying sticks and metal bars, injured at least 45 people.

The police were criticized for their slow response, and they did not detain anyone in Yuen Long that night. They have since arrested 12 men in connection with the attack, including some accused of having connections with the gangs known as triads.

Chief Secretary Matthew Cheung, the No. 2 official in Hong Kong, apologized on Friday for the police response. But in an indication of divisions between the police and the government, some officers posted images online late Friday saying that Mr. Cheung did not speak for them, and that his words undermined their work. A letter from the Junior Police Officers’ Association “severely condemned” Mr. Cheung’s comments.

The authorities have warned that a march in Yuen Long would threaten public security and risk clashes between protesters and residents. To skirt the ban, some protesters have suggested alternate reasons for going to Yuen Long: shopping, jogging, playing Pokemon Go or even, most sarcastically, holding a memorial for Li Peng, the recently deceased ex-premier of China who was widely loathed for his role in crushing the 1989 Tiananmen Square protests.

Yuen Long, which sits near fish and shrimp farms across a bay from the mainland Chinese city of Shenzhen, has both old villages and urban new towns, which were built in the 1970s and ’80s to handle Hong Kong’s population growth. For many years, dating back to when Hong Kong was a British colony, the authorities have tread carefully with the village residents.

Descendants of people who lived in the villages in the late 19th century, when Britain took over the area, are still given special land rights and representation in elected bodies — privileges seen as unfair by many in the wider population.

Eddie Chu, a pro-democracy lawmaker, warned protesters this week to avoid villages, graves and ancestral halls in the area. Any such incursion, he wrote on Facebook, would help justify the arguments of Junius Ho, a pro-establishment politician from the area. Mr. Ho was seen with men in white T-shirts on the night of the train station attack, and he later said that Yuen Long needed to be defended from protesters. Soon after the attack, the graves of Mr. Ho’s parents were vandalized.

The wave of protests sweeping Hong Kong began earlier this year, targeting a government proposal, since shelved, that would allow extraditions to mainland China. The demands have since grown to include broader democracy and an independent investigation into allegations that the police used excessive force against demonstrators. 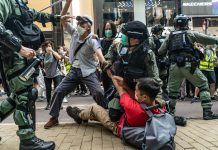 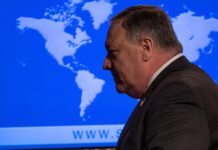 Pompeo Says Hong Kong No Longer Has Autonomy Under China

US will no longer consider Hong Kong autonomous from China 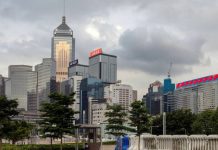 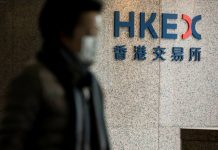