HONG KONG – Electronics shops in Hong Kong have seen a sharp increase in demand for cheap burner phones as the Chinese-ruled city’s government eases coronavirus restrictions but pushes the use of a contact-tracing app which has raised privacy concerns.

The financial hub saw anti-government and anti-China protests erupt in 2019 and a sweeping national security law imposed by Beijing in 2020 in response, along with the arrest of most of its prominent pro-democracy activists.

The swift authoritarian turn taken by the government, which denies curbing the rights and freedoms of the special administrative region’s 7.5 million residents, has resulted in deep-seated mistrust of public policies, including of measures to curb the coronavirus.

Health Secretary Sophia Chan said the app poses no privacy risks, as it only stores data on users’ phones and no third party collects it. The app notifies users if they had been in the same place as a person confirmed with Covid-19.

“I’m buying a burner phone because the government clearly doesn’t trust Hong Kong people, so why would I trust them?” said Vincent, 28, an accountant who gave only his first name because of the sensitivity of the issue.

Contact-tracing apps have sparked similar privacy and trust issues around the world, from Singapore to the United States.

Hong Kong on Thursday (Feb 18) eased limits on how many people could sit together in restaurants from two to four and the cut-off time for dining from 6pm to 10pm.

Restaurants and other venues just reopening, such as gyms or beauty salons, are required to write down customers’ details or ask them to scan a QR code with the LeaveHomeSafe app, which the authorities use for contact tracing.

READ  Chinese experts: Carriers with no symptoms a concern

Civil servants have been asked to scan the code before entering and leaving government offices.

In the working class neighbourhood of Sham Shui Po, a mecca for cheap electronics, more than a dozen vendors told Reuters they had seen a spike in demand for old smartphones since last week, when the government announced plans to ease restrictions.

“People are just looking for a cheap smartphone that can run the LeaveHomeSafe app,” said Wong, a vendor at Phone House, who said she sold 50 phones in the past week, compared with the usual 10 or so per week previously.

Other vendors reported a three- or four-time increase in sales of cheap phones.

“I have seen a lot more people asking about and buying older phones over Chinese New Year,” said Mr Andy Kwok of Ah Ling Telecommunications. “I have had to tell them the phone needs to be at least on Android 8 (for the app) to run.”

The contact-tracing app has been downloaded 840,000 times since its launch last November, with more than 70,000 venues participating in the scheme, the government said this week. 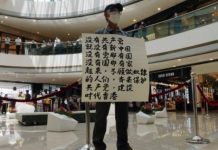 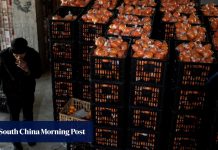 China poverty: Xi Jinping’s war drives some to riches, but leaves others behind 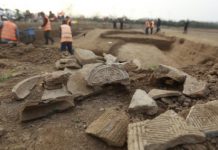 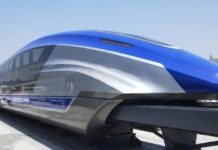 US, Canada will cooperate to ‘better compete’ with China, Joe Biden says after first bilateral meeting 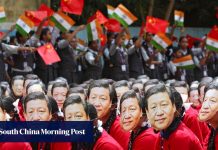 Joe Biden still has not nominated a US ambassador to China, but names are circulating 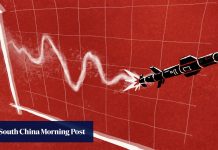 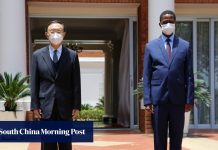 Kiribati and China to develop former climate-refuge land in Fiji