Hong Kong’s population fell by 1.6 percent year-on-year, according to mid-year statistics released by the Census and Statistics Department on Thursday.

This raises concerns about an exodus of Hongkongers and talents amid the city’s shrinking freedoms and strict Covid-19 policies.

Over the same period, a net outflow of 95,000 persons was recorded, with an inflow of 18,300 one-way permit holders — residents of mainland China who leave the mainland permanently to settle in Hong Kong to be with family — and a net outflow of 113,200 other Hong Kong residents.

A government spokesman highlighted that the natural decrease has widened between mid-2021 and mid-2022.

“The plunge in births in the recent two years might also be attributable to the outbreak of Covid-19 since early 2020. On the other hand, the number of deaths edged up gradually from 45,400 to 61,600 over the past five years in tandem with the ageing trend of the population,” he said.

See also  Platinum Jubilee: Funniest and most heart-warming moments from the Queen’s celebrations

On the net outflow of Hong Kong residents, the spokesman said: “Amidst the continued impact of Covid-19, stringent border control and quarantine measures have been in place in Hong Kong, the mainland and other places around the world, resulting in severe interruption of cross-boundary travel. It is observed that the inflow of people into Hong Kong, including one-way permit holders and foreign domestic helpers, has remained at a low level.”

Meanwhile, Hong Kong residents who had left before the pandemic may have chosen to reside in other places temporarily or were unable to return, he said.

“It is believed that the pandemic and the related quarantine requirements would have impacted talent inflow, especially those on short-term employment visas/entry permits,” the spokesman said.

But he added that this problem could be resolved when the quarantine and social distancing measures relaxed.

The spokesperson also said that net movement includes the movement of Hong Kong residents into and out of the city for various purposes such as work, study and migration, but the breakdown of figures is not available.

Hong Kong residents traveling abroad are not required to declare to the government their purpose of travel, therefore the government does not have direct statistics on emigration, he added.

“Being an international city, Hong Kong’s population has always been mobile. During the past 10 years, net outflows of Hong Kong residents other than one-way permit holders were recorded for most of the years.”

Critics have said the continual drop in population is caused by the city’s shrinking freedoms and strict Covid-19 measures. 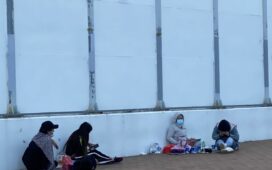 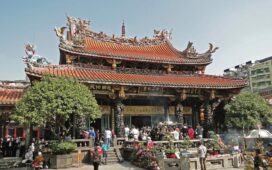 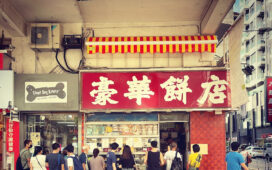 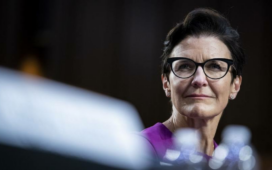