CHICAGO: Texas Senator Ted Cruz is pushing new legislation that would deny US funding to any nation that provides sanctuary or support to the Lebanese Hezbollah movement, which serves as a military proxy for Iran.

Now before the Senate Committee on Foreign Relations, Senate Bill 3691 was introduced by Cruz, a Republican, in May.

It will receive a hearing before it is sent to the full Senate, where it is expected to be approved. The legislation specifically targets Lebanon’s government, of which Hezbollah is a part.

In conjunction with the Foreign Assistance Act and the Arms Export Control Act, the bill would prohibit the US government from assisting any Lebanese government of which Hezbollah is a part, over which it exercises undue influence, or in which “a ministry, agency, or instrumentality of that government is effectively controlled by Hezbollah.”

To become law, the bill would have to also be passed by the US House before being sent to President Donald Trump, a critic of Hezbollah, for his signature.

Hezbollah was designated a terrorist organization by the US in 1995. The directive does not distinguish between Hezbollah’s military arm and its political leadership.

In 2013, Hezbollah’s militia was designated a terrorist organization by the EU after the group was accused of blowing up an Israeli tour bus in Bulgaria.

US to put ‘severe economic pressure’ on Hezbollah

Hezbollah remains a powerful force in Lebanon, where it has received the backing of Lebanese Prime Minister Hassan Diab.

The bill would jeopardize hundreds of millions of dollars in US government funding for Lebanon.

Recently, the US approved $13 million to assist Lebanon in tackling its COVID-19 outbreak. In the past two decades, Lebanon has received more than $4.9 billion in American aid.

Cruz has sponsored or co-sponsored other laws that specifically target Lebanon’s government in cases involving terrorism or the arrest or detention of American citizens.

Last week, he joined other senators in urging the EU to extend its ban on Hezbollah’s militia to include its political arm, and targeting Hezbollah’s ties to the regime of Syrian President Bashar Assad.

Last February, in conjunction with New Hampshire Sen. Jeanne Shaheen, whose husband Bill Shaheen is a prominent Arab-American attorney, Cruz introduced the Zero Tolerance for Unlawful Detentions of US Citizens in Lebanon Act (Zero Tolerance Act), which threatened sanctions against Lebanon’s government over the arrest and detention of an American citizen.

The Zero Tolerance Act was prompted by the refusal of Lebanon’s government to free Amer Fakhoury, an American citizen who had been detained in Beirut since September 2019 and is suffering from stage 4 cancer.

Fakhoury, a well-known and well-liked small business owner from New Hampshire, was visiting Lebanon when his US passport was confiscated by the government. He was released in March 2020 as a result of the proposed law.

Fakhoury had been arrested on charges related to a decades-old murder and torture charge in Lebanon that he has denied. 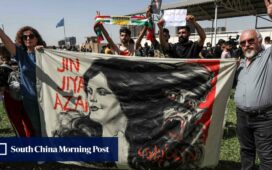 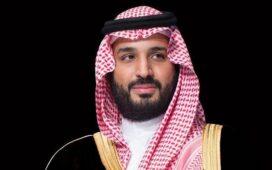