Deal makers, fund managers and CEOs are flocking to Singapore for a slew of high-profile conferences this month, as the city state burnishes its credentials as a major global financial centre.

Business is booming – hotel room rates are at a decade-high, conference venues have been booked for weeks and restaurants are packed.

“We have had a funny two years being locked down and isolated from our peers, so the in-person conferences feel like a small step back to normality and a big step back into humanity,” Rachel Lau, managing partner at Southeast Asian-based investment firm RHL Ventures.

The first of these events starting Monday (Sept 19) is SuperReturn Asia, an annual private equity and venture capital industry conference being held in Singapore for the first time instead of Hong Kong as usual.

“We’ve been planning the event for many months now,” said Dorothy Kelso, global head of SuperReturn, adding that demand for the chance to meet physically in Asia was high among the international community.

Other conferences in Singapore this month include the Milken Institute Asia Summit run by US billionaire Michael Milken’s think tank, the Forbes Global CEO conference and Token2049, a crypto event that will also take place in the city for the first time.

The conferences, which offer networking opportunities with investors from India and China as well as sovereign wealth funds, will be attended by executives from investment giants such as Carlyle Group, PIMCO and Franklin Templeton.

Indian and Southeast Asian start-ups and representatives from cryptocurrency exchanges OKX and FTX will also be attending.

The revival in Singapore conference activity puts it on a similar footing to New York where big business gatherings have resumed. London has also largely returned to pre-pandemic levels of in-person gatherings in recent months, although smaller-scale events are more common than bigger multi-day conferences. 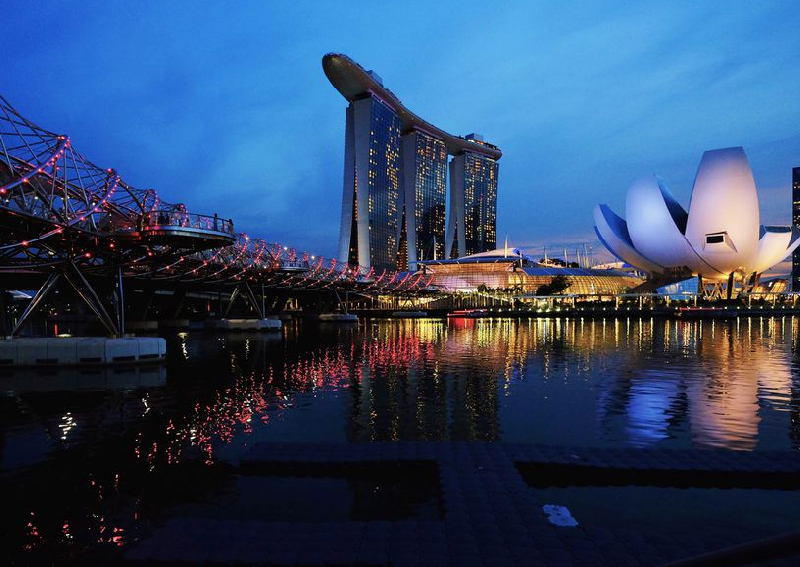 Singapore is also set to see a surge in tourism with the F1 night race resuming at end-September after a two-year hiatus. Other major tourist draws being organised include concerts by Maroon 5 and Guns N’ Roses in November.

“Singapore has come roaring back,” said Curtis Chin, a former US ambassador to the Asian Development Bank and an Asia Fellow at the Milken Institute.

Singapore has long been locked in fierce competition with Hong Kong to be considered Asia’s premier financial centre with both cities keen to lure global banks as well as wealth and asset managers.

But Hong Kong’s unrelenting Covid-19 curbs have battered its economy and standing as a financial centre. It is one of the few places in the world still requiring arriving travellers to quarantine.

Its restrictions have only added to an exodus of finance and business talent in recent years as Beijing began to exert more control over Hong Kong’s government and limit freedoms – all of which has worked in Singapore’s favour.

“With Hong Kong increasingly linked to mainland China both economically and policy-wise, Singapore is able to further differentiate itself as a controller of its own destiny and as a hub for major international events,” said Chin.