The possibility that Pfizer’s COVID-19 vaccine candidate qualifies as a breakthrough is generating optimism that the economy could rebound swiftly in 2021 and beyond.

While Pfizer’s vaccine still has multiple hurdles to surmount before it receives regulatory approval, hopes are rising for the airline industry, hotels, restaurants and retailers.

For effectively any business that has historically been done in person, optimism is surging. That could translate into job growth for millions of Americans who have lost their positions during the coronavirus pandemic.

Investors appeared positively giddy on Monday, driving the Dow Jones Industrial Average up more than 1,550 points, or about 5.4%, and bolstering the S&P 500 Index by 3.8%.

“This is the news we’ve all been waiting for,” Craig Erlam, a senior market analyst at OANDA, wrote Monday morning in a research note. “This is the light at the end of the tunnel moment and just look at the reaction in the markets. One of incredible relief.”

Vaccine plans: Should employers force workers to get COVID-19 vaccine?

To be sure, any substantive economic relief is still at least months off, because it will take at least that long for the vaccine to win government approval, accelerate manufacturing and ramp up distribution.

“It’s clearly good news, as it will lift sentiment and stock prices, which should buoy consumer spending,” Mark Zandi, chief economist of Moody’s Analytics, said in an email. “However, it doesn’t materially change the economy’s tough prospects over the next two-three months. The economy will continue to struggle with the intensifying pandemic and the lack of any support from lame-duck lawmakers.”

What’s more, Pfizer’s initial data – which suggests the vaccine may be more than 90% effective, putting it on par with the chickenpox inoculation – could be off. There’s no guarantee that the vaccine will get across the finish line.

But Pfizer CEO Albert Bourla was ebullient in an interview Monday on CNBC.

“I believe this is likely the most significant medical advance in the last hundred years,” he said.

Analysts who study the biotechnology industry were buoyant Monday.

Raymond James pharmaceutical industry analyst Steven Seedhouse pointed out that multiple other vaccines are also likely to work, given technological similarity with the Pfizer candidate.

“A return to ‘normalcy’ seems likely within 2021,” Seedhouse wrote in a research note.

After a vaccine begins rolling out, the most immediate economic effects could include:

• Enabling restaurants to reopen or increase their seating capacity. Many restaurants have pivoted to takeout or delivery, but that hasn’t been enough to replace the lost revenue from diners who have stayed away. Chains such as California Pizza Kitchen, Ruby Tuesday and Friendly’s have filed for Chapter 11 bankruptcy in recent months. And numerous small businesses have collapsed or been substantially weakened.

• Boosting foot traffic to struggling retailers. The vaccine won’t arrive in time to help retailers during the critical holiday shopping season. But it could help restore consumer confidence in the economy and in the safety of shopping in person.

Several major retailers have filed for Chapter 11 bankruptcy in recent months, including J.C. Penney, Neiman Marcus and J. Crew. In the early going, many retailers were forced to shutter their stores. Most stores have reopened, but many consumers haven’t returned.

• Encouraging travelers to fly, stay in hotels or take cruises again. The airlines have been hobbled as air passengers have stayed away amid concerns about contracting the coronavirus while traveling. For the same reason, hotels have been emptied, and cruises have been anchored to shore.

• Resuming office operations. Millions of Americans have been working remotely throughout the pandemic. Those arrangements could end soon after the vaccine gains momentum, although experts expect some companies to maintain remote work permanently. For landlords facing rising vacancy rates because of retail closures and office shutdowns, that could spell relief.

• Increasing gas prices. Petroleum companies have been ailing since the pandemic began as a result of declining economic activity and a drop-off in airline and car travel. But oil prices soared nearly 17% in early trading Monday after the Pfizer news, rising to more than $41 a barrel.

For consumers, though, that might mean rock-bottom gasoline prices could begin to fade. Gas prices had fallen for six consecutive weeks, according to fuel-savings app GasBuddy. But rising oil prices typically leads to an increase at the pump. 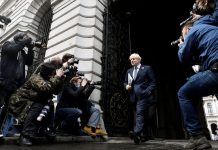 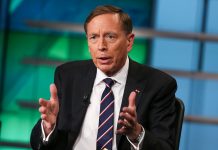 Retired Gen. Petraeus to Trump: Act quickly on election suits 'if you really care for the country' 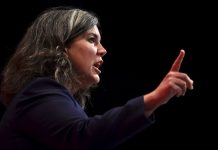 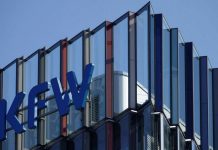 An investment bank to help the US prosper

U.S. prepares for worst four months of the pandemic as it stares down the 'darkest' days yet 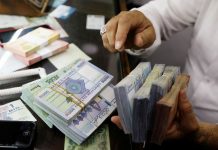 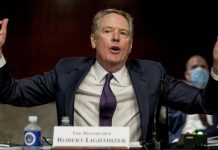 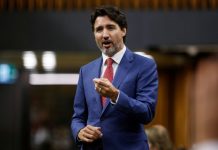 Small business owners: You have to switch it up if you don't want customers to tune out

There's no such thing as business as usual this holiday season