Ghosts are calling the shots at the Singapore Tennis Open. On a court stripped of linespeople comes the shout of “fault” from a speaker. Seconds later a voice barks “out”. Tennis players listen to these mechanical commands and obediently move to the next point. Let’s be grateful John McEnroe has retired. What would he do with a machine that is deaf to tantrums?

Linespeople may be gradually vanishing from the tennis tour and it’s worth a farewell grumble. Human fallibility has fallen prey to the all-knowing Hawk-Eye, whose 18 cameras (12 to track the ball, six for foot faults) offer more than an accurate alternative.

In a Covid time it helps reduce the amount of officiating personnel on site. As Jake Alexander, project manager for the Hawk-Eye tennis team, noted, at last year’s US Open the number fell from 350 to below 100. Hell, in 20 years a robot able to translate swear words in 6,000 dialects may perch itself on the umpire’s chair.

In a perfect time, Hawk-Eye assumed the role of impartial arbiter when a player challenged a call. A drumbeat echoed, tension rose, and then everyone wondered how Roger Federer, for all his hand-eye hypnotism, could be so utterly wrong so often. Maybe the old chap was just taking a breather.

But now Hawk-Eye calls all the lines and players mostly love its cold mathematics, for they deal in centimetres and the system in millimetres. To be precise, says Alexander, the system is accurate to within 3.4mm.

Yet I mourn the emptier court and miss the stoicism of line callers. Even the Wimbledon woman that South African player Abe Segal wrote about in The Guardian, who went to sleep in her chair during his match in 1964.

“Once I got within six feet I could smell the liquor… I walk up to her, crouch down and shout ‘out’ into her ear. She wakes up with a start, shouts ‘out’ and falls off her chair.”

Tennis is primarily about its two soloists and yet the game is also an orchestra – of ballkids; of cameramen walking backwards; of 16 groundsmen taking 30 seconds to cover Wimbledon’s Centre Court on wet days; of linespeople who take leave from their day jobs and travel nations looking for any line to call. Whether it’s the outskirts of court No. 17 or Centre Court, here they can be part of the game. The great and the ordinary joined by a common religion.

Hafizah Rahmat, a 33-year-old, Rafa-loving physiotherapist’s assistant, is part of that clan and has worked the lines at the Youth Olympic Games, SEA Games, Challengers and an ATP 500 event in Tokyo.

She’ll tell you, joyously, about the art of concentration in the sun, the muttering of players, her view of Federer and Serena at work from three metres away, the pace of play which TV can’t translate and the instant pressure a call brings. This is love at first shout.

You’ve had a call challenged? “Yes, I just prayed it went my way.”

Been glared at? “Yes,” she laughs. It happened at a Challenger, past midnight after a rain delay, with no Hawk-Eye and so no challenges, with the player staring at her and asking: “Are you sure it’s in, are you sure?”

Hafizah isn’t on court at this Open, sitting instead in PPE and waiting in case Hawk-Eye breaks down. Sport has rightly romanced technology, from sophisticated timers to pools with hi-tech lane dividers, yet we’re also allowed to lament the end of things. Like the flashes of theatre which would often erupt after a call of “out”.

A scowl of disapproval and a semaphoring of disagreement. Then a long trek to the umpire’s chair to recite a soliloquy on unfairness. Balls were sent towards Mars and linespeople lasered with a stare. Bjorn Borg, of course, didn’t say a word. This is how you appreciate cool.

The disputed line call allowed for an expression of injustice, a quick oxygen intake and a glimpse into temperament. Occasionally humanity surfaced. At match point in the 1982 French Open semi-finals, a ball was called out and the match awarded to Mats Wilander. No, said the Swede, it was in, let’s replay the point.

Calling lines needs eyesight, nerve, focus and a rhino’s hide for the contained emotion on court often spills onto the person making the call. They have been intimidated (Serena), injured (David Nalbandian) and referred to as “that ugly, ugly lady” by Goran Ivanisevic in a hideous turn of phrase. Jack Sock tried to even this in 2017. When a lineswoman was hit by a ball, he kissed her head.

The future promises to be less controversial and more exact and it is what the slide-rule wielding Novak Djokovic wants. As he said recently: “I don’t see a reason why we need the line umpires, to be honest, if we have technology like this.” Evidently, in a high-stakes duel, the only imperfect thing allowed on court is the players.

Once Covid recedes, linespeople may still not return to tour events but it is not a convention easily erased. In distant suburban parks where modest Challengers or junior titles are grunted for, a bent figure with an arm extended will still cry “out”. Tradition fades in the midday sun, but never completely. Out there in tennis’ ardent planet, there’s always a volunteer holding the line. 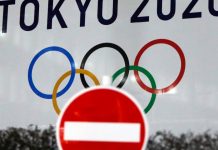 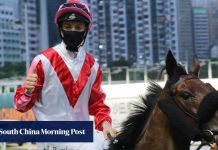 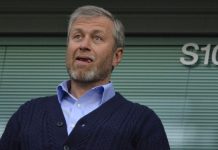 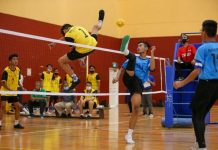 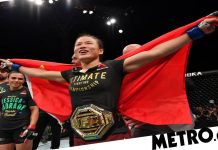 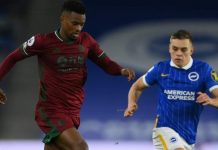 Going forward: why Kai Havertz is Chelsea’s best option to lead the line 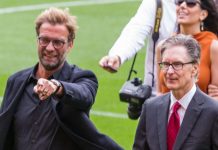