KOTA KINABALU: Upko president Wilfred Madius Tangau has denied accusations he was a political “frog”, saying his party left BN after the 14th general election (GE14) to form an alliance with Warisan, PKR an DAP because that was what the voters wanted.

Tangau, who is contesting the Kiulu seat, said his party made the decision as it was clear from the GE14 results that people wanted change.

“How can I be a frog? There was nothing for me to jump from, there was no government. All we (Upko) did was to look at the people and all the parties who campaigned at that time to defeat BN. We could see that all of them did well.

On May 10, 2018, one day after GE14, Tangau led Upko leaders to meet with Warisan president Shafie Apdal and pledge their support to Warisan. This took place just hours before he announced his party’s departure from BN, sparking critcism from the public who labelled his party as “frogs”.

Tangau said that Upko had decided to quit BN at the time to ensure the party’s struggle for the Kadazan Dusun Murut (KDM) community would continue.

He added that BN had already fallen at the national level and technically, had also lost to the opposition at the state level because they only secured 29 out of the 60 state assembly seats then.

“STAR got two seats, Warisan 21, DAP six seats and PKR two seats, which comes to 31 seats. They also got 60% of the popular vote.

“That means the people wanted change. They wanted a new government and a new chief minister.

“So, BN lost the election not because of Madius Tangau. I worked very hard and I won. We (Upko) contested six seats and won five,” he said.

Tangau pointed out that, despite Upko switching allegiance to another political coalition, he had never shifted to another party.

“I am still a member and president of Upko. So I’m here and I want to say Tangau is not a frog,” he said.

On May 9, 2018, Warisan-DAP-PKR were tied at 29 seats each with BN. That made STAR, led by its president Jeffrey Kitingan, the kingmakers by virtue of holding the two remaining seats.

The next day, Kitingan, who won the Tambunan seat and party colleague Robert Tawik, who won the Bingkor seat, threw their support to BN which was then led by former chief minister Musa Aman.

Later the same day, Musa was sworn in as the chief minister but a spate of defections involving BN assemblymen from Umno and Upko tilted the majority support to Shafie.

On May 12, Sabah Governor Juhar Mahiruddin swore in Shafie as the chief minister, triggering a constitutional crisis. The case by Musa claiming he is the “rightful chief minister” following GE14 has since gone all the way to the Federal Court for hearing. 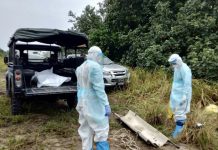 Terengganu people will remember Wan Mokhtar for his services 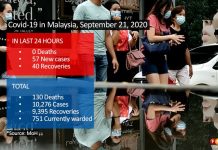 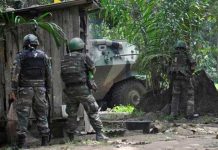 We’re not withdrawing from any seat, says PBS’ Pairin 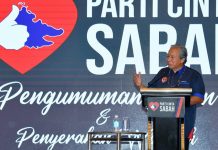