Long before it opened, there had been whispers that a new attraction near Changi Airport would feature creatures that every boy-child I know has once obsessed over — dinosaurs.

Though you can’t technically walk with the giant creatures here since they are static exhibits, it’s another chance to get up close to at least 20 of them, and out in the open too.

The news, which spread through online channels, got many excited, but authorities got wind of the premature discovery before long and the area was barricaded.

On Sunday (Oct 11) however, the pre-historic display, christened Jurassic Mile, was officially opened to the public. I headed there the next day to take a look, which in hindsight may not have been such a good idea. 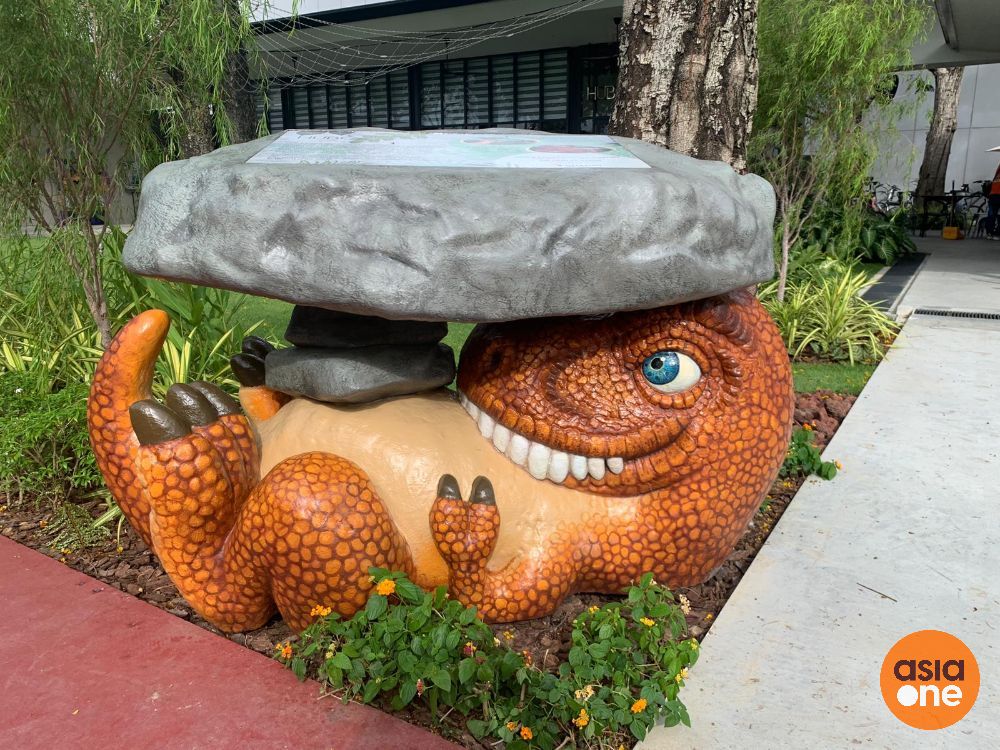 How to get there

The new attraction, which stretches for about 1km, is part of the new Changi Airport connector which links Changi to the East Coast.

The starting point at Changi, whether you plan to walk or cycle, starts from the entrance to the T2 carpark, right where the Hub & Spoke cafe is.

To get there from the MRT station, follow the ample signages that will guide you to Hub & Spoke cafe located right at the other end of T2. You’ll have to walk through the whole terminal and take a lift down which will open up to the multi-storey carpark. 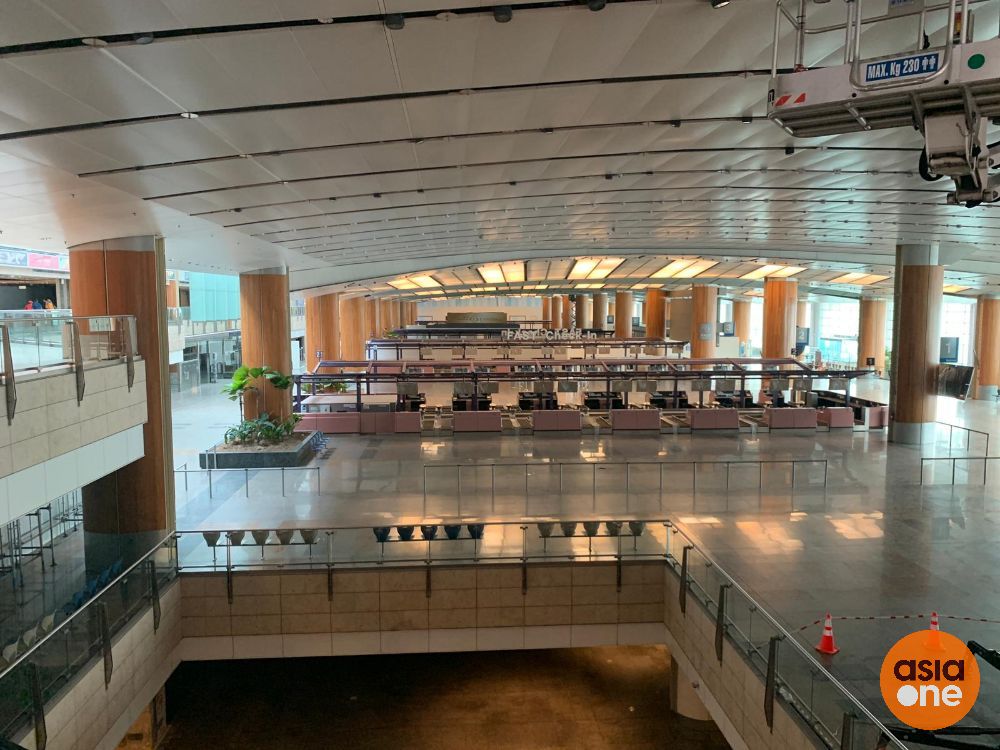 From there, walk to the entrance of the carpark (ignore the conflicting sign when you exit the lift lobby) and you’d see a cafe surrounded by green foliage which is Hub & Spoke. 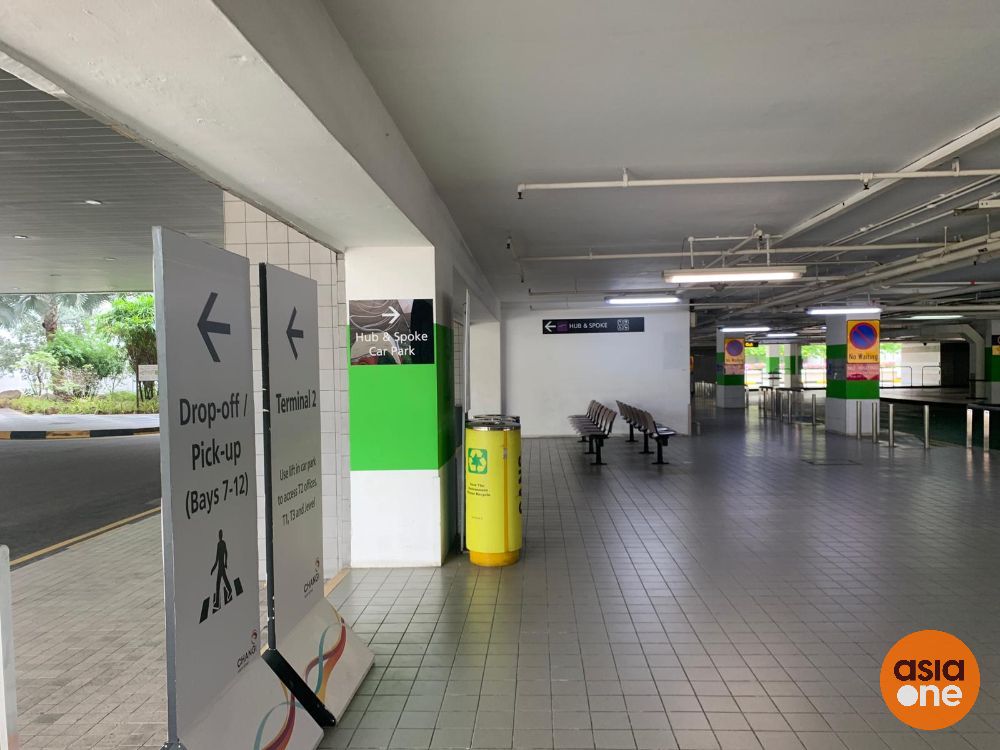 If you’re interested in the food at the picturesque cafe, they serve a mish-mash of kopitiam and western dishes: think kaya toast sets, eggs benedict, truffle fries and even bubble tea (decent, but the pearls were a little hard).

The good thing is, pets are allowed in the outdoor seating areas and we saw several furkids when we were having a drink while waiting for our bikes to be available.

The GoCycling bike rental outlet located right next to the cafe allows you to rent a bike and return it at their East Coast Park outlet about 10km away, perfect if you don’t want to double back to the starting line.

Bike rental is $8 per hour, but you’d have to pay a $50 deposit to return the bike at East Coast Park (near the C4 carpark at McDonald’s).

From Hub & Spoke cafe, cycling the nearly 2.5km distance to the Jurassic Mile itself took about 10 minutes. On foot, expect it to be about a 20-minute walk.

For a Monday, I was not expecting such a crowd. Perhaps others had the same thought as I, that a weekday would be less crowded. But boy, was I wrong.

As with anything new in Singapore and due to the publicity it got when it opened the previous day, the place was packed.

Both the cafe and bike rental shop were doing brisk business with moderately-long queues for both. As I wanted a bike with a child seat, I was told to prepare to wait for “up to an hour”, but I got the bike within half an hour.

While entry to the Jurassic Mile is free and booking of slots is required only on Fridays to Sundays, it looked pretty much like a weekend crowd to me.

One word of caution though, the route can be quite narrow with sharp bends at some points. And because bicycles and pedestrians share the same path, cyclists can forget about a smooth ride towards Jurassic Mile and pedestrians (especially those with kids) will have to be mindful of making any sudden movements. Walking in a single file is recommended.

The Mile itself stretches for about 1km with dinosaurs behind the fenced up trail on one side and tall concrete walls on the other; one can imagine the dinos to have a Prison Break moment and dash along the track at any time. 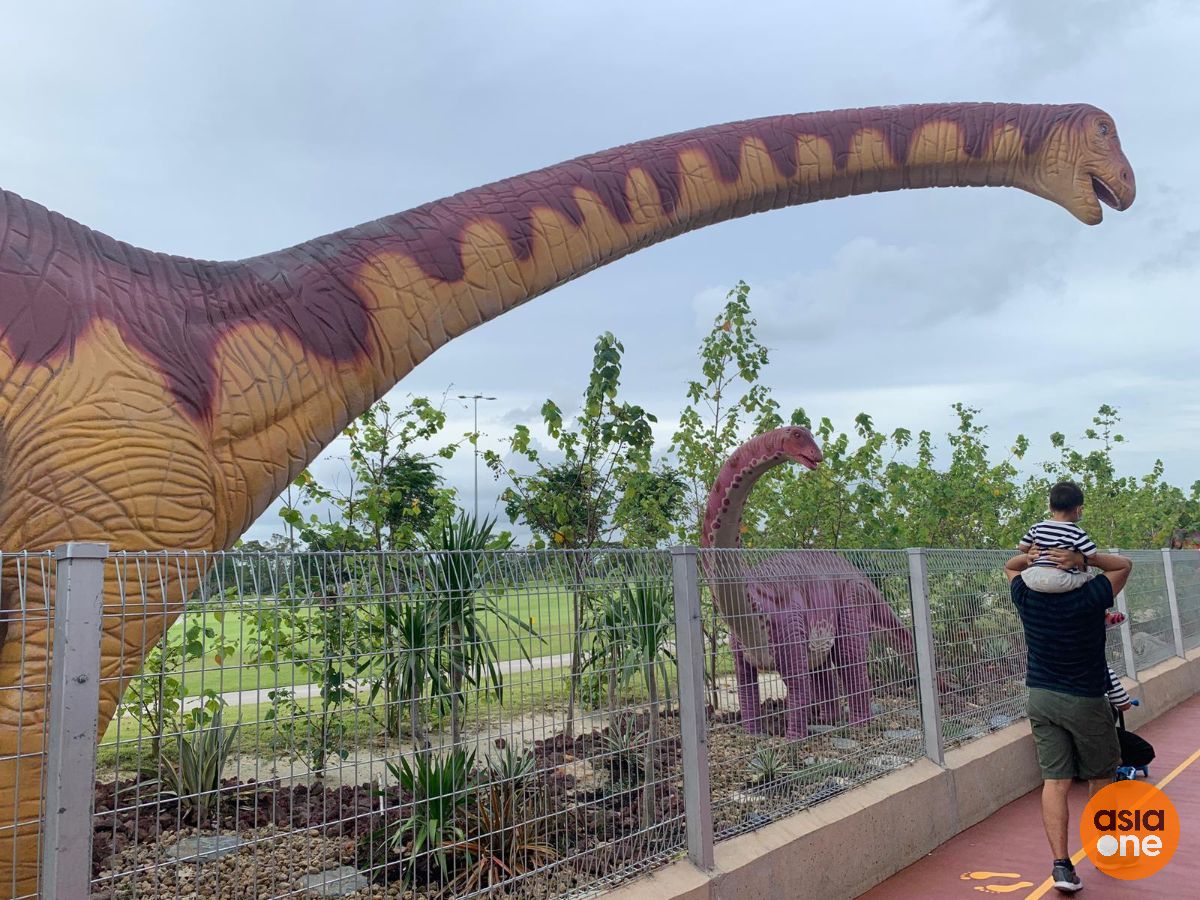 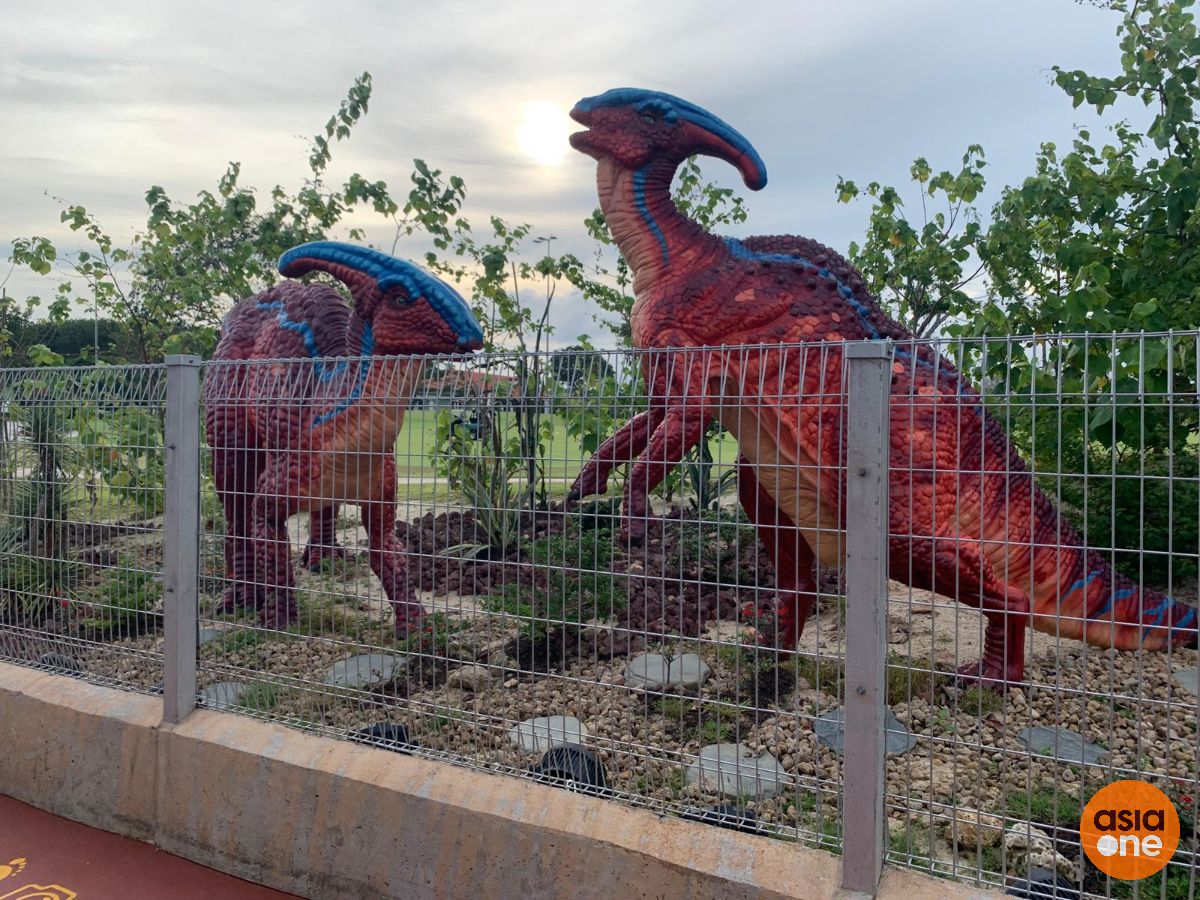 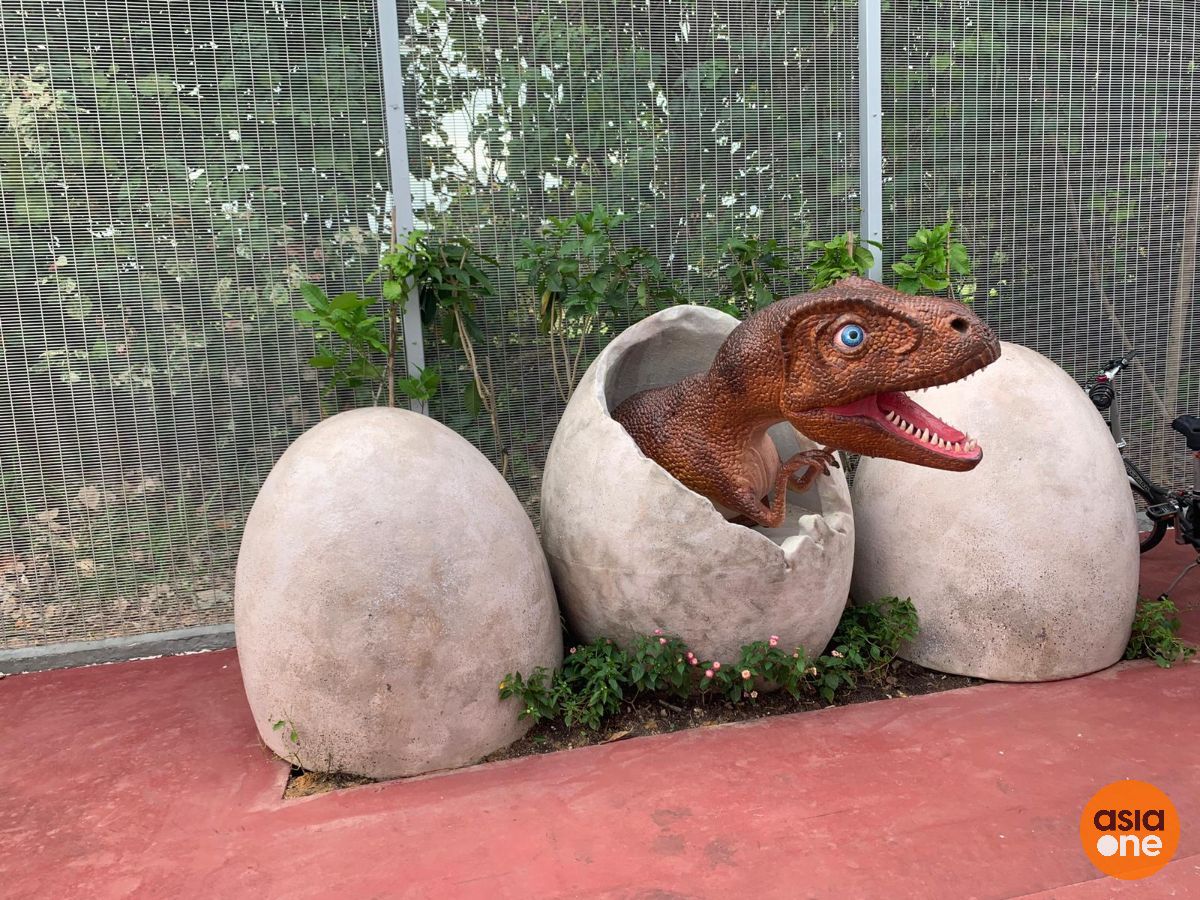 There are descriptions of the creatures on the wall as well as accompanying sound effects in some parts for a fuller sensory experience. Stopping for pictures is, as expected, mandatory. 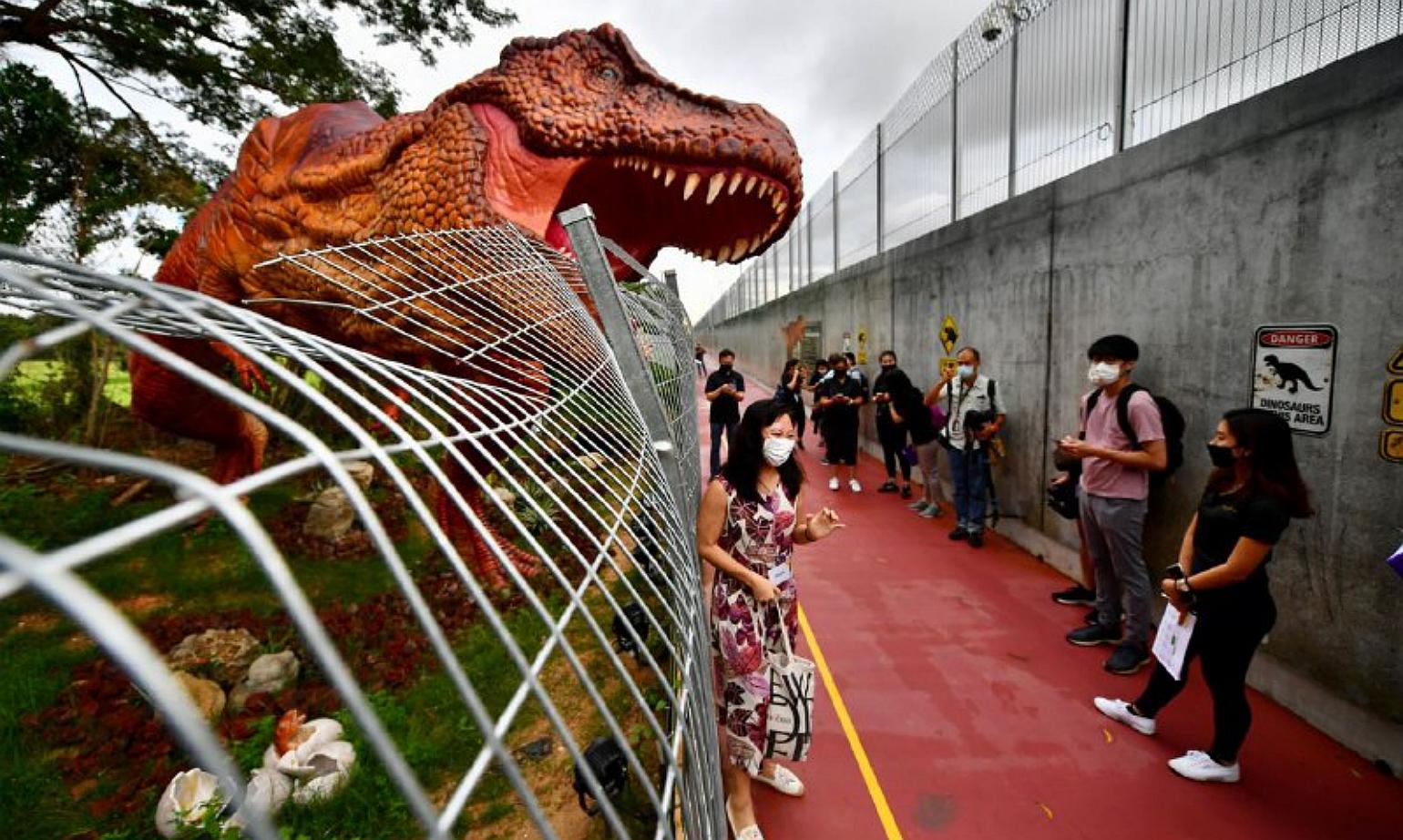 My 4-year-old was visibly excited viewing the exhibits from his seat as my husband peddled, and kids will definitely love the sights and sounds. But not having to make the roughly 20-minute trek on foot would probably aid in the experience for young children.

In total, we spent close to two hours (with about two pit stops) cycling the 10km from Hub & Spoke to East Coast Park’s McDonald’s. Otherwise, if the aim is simply to gawk at dinosaurs, biking to and fro from Changi Airport to Jurassic Mile would also be doable within an hour.

If you’re thinking of going on a weekend, note that the next available dates may be in November. The last I checked on Thursday (Oct 15), slots for the next two weekends appear to be “fully redeemed”, with the next available time slots only on Friday (Oct 23).

Weekend dates for the last week of October and November are currently not open for booking, so you may have to ready your fast fingers.

Venturing there on a weekday might be a better idea. GoCycling currently has a promotion where the second and third hours are free on weekdays before 5pm, so go in the morning or afternoon to snag a good deal!

And pssst…for those not looking to rent a bike and just want a shortcut to Jurassic Mile, one can actually access the trail via T4’s Car Park 4A. 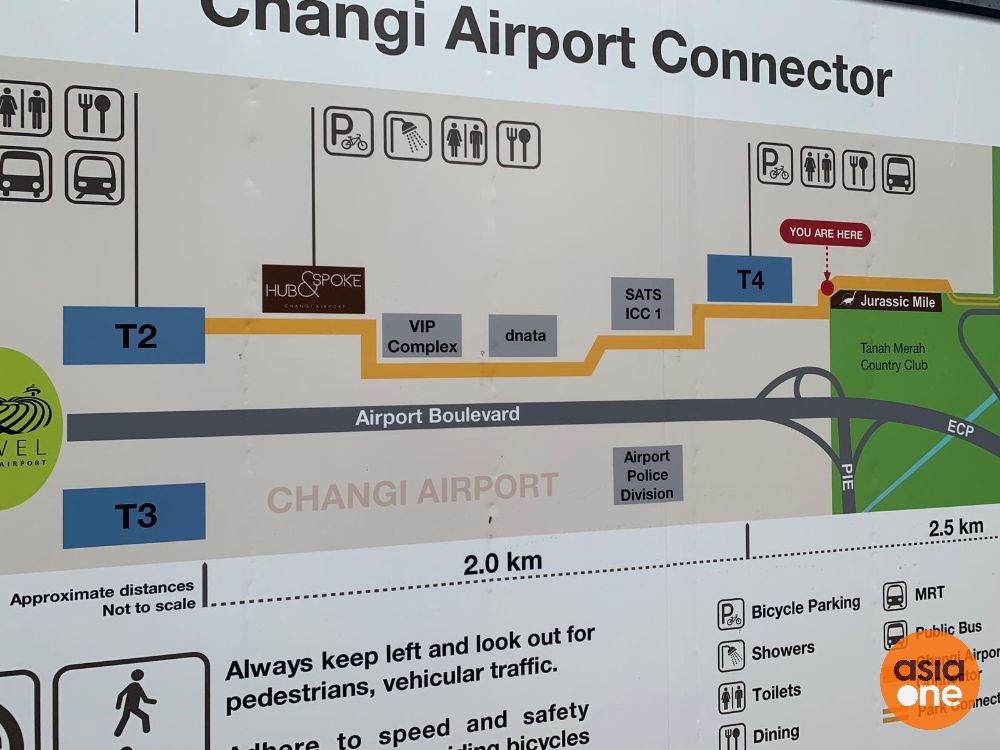 While it’s said to be a permanent exhibition, according to Changi Airport’s website, the dino exhibits are expected to be there till Jan 3. 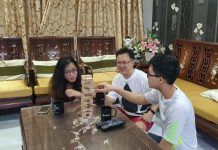 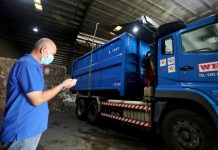 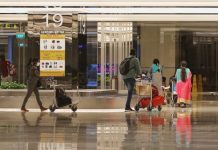 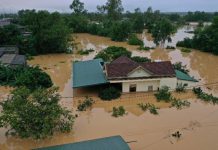 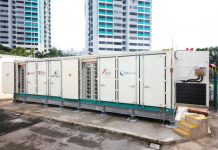 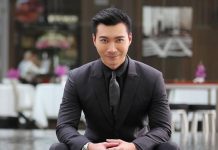 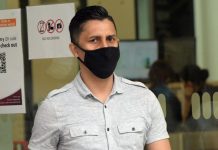 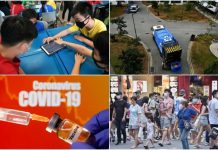 Evening Update: Today's headlines from The Straits Times on Oct 22 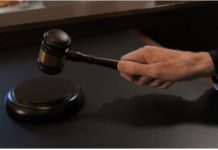 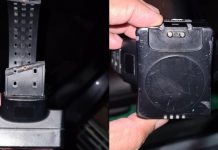