In an exclusive poll by Express.co.uk, up to 56 percent of participants declared they would absolutely vote tactfully to avoid spitting the Leave vote and allowing for Labour’s Jeremy Corbyn to get into No10. The percentage amounts to 3,054 of the vote. A total of 39 percent said they would vote the typical way, ignoring advice from the Tories, which amounts to 2,176 of the ballot.

Up to four percent said they would vote tactfully to ensure Brexit is cancelled, which is 221 of the vote. A total of one percent clicked the ‘don’t know’ option – 77 of the vote.

Comments from participants were a mixed bag.

One said: “I will vote with the 17.4 million voters in the 2016 Referendum vote to up hold democracy and our individual freedoms (which is why we voted to leave the EU).

Brexiteers are clubbing together to vote tactfully (Image: GETTY)

“To ensure we leave on WTO terms as per the result and change our political system in order that any Government today or in the future will preserve our democracy, our freedoms as individuals and as a nation by serving the nation and not their own self interests.”

Another said: “True Leavers don’t have to tactically vote.”

A third added: “We should have a robust system that allows us to vote for who we do want, not for who we don’t want. What’s the purpose of The Electoral Commission’s if by its deafening silence it’s supporting tactical voting?”

READ  Boris Johnson’s Parliament: Who are the new MPs arriving at House of Commons today?

READ NOW: Bercow hints he WILL join House of Lords as he says ‘it’s the norm’ [NEWS]

Up to four percent said they would vote tactfully to ensure Brexit is cancelled (Image: GETTY)

Party leaders and parliamentary candidates from all parties have hit the road (Image: GETTY)

Another said simply: “If in doubt, vote out!”

Another added: “If I don’t have a Brexit Party candidate to vote for I’ll vote Conservative, not because I want to vote Conservative but it will nullify a vote each for Labour and Liberal.”

Election campaigning has officially kicked off this week, as the latest polls predict Boris Johnson’s party looks set to hold on to power.

Political experts are warning tactical voting could play a major part in the December 12 election.

Another said simply: “If in doubt, vote out!” (Image: GETTY)

Party leaders and parliamentary candidates from all parties have hit the road to deliver their message to convince the public to follow their vision for Brexit and the future of the UK.

Early polls predict Boris Johnson’s Tory Party will retain power, with one poll by the Electoral Calculus, dubbed the “leading vote/seat predictors on the internet” by academics, expecting the party to win by a landslide majority.

But many Tories fear third parties, including Nigel Farage’s Brexit Party and Jo Swinson’s Lib Dems, could cause havoc at the polling station as voters opt for tactical voting – where they back a candidate they would not usually support to prevent someone else from winning.

Researchers have predicted that voters could be more likely to switch their support at the upcoming election, largely because of the uncertainty over Brexit.

Voters could be set to vote tactically in swing constituencies in an effort to back a specific Brexit agenda.

For example some anti-Brexit Labour voters could be swayed to vote for the Lib Dems in an effort to block Brexit and take on the Tory party.

Such circumstances could take place in Richmond Park, who in the 2017 election saw the Tories beat the Lib Dems by just 0.1 percent, with Labour trailing at nine percent of the vote.

But the converse could happen, with Leave areas choosing to back a Brexit Party candidate over the Tory Party in traditional Labour heartlands.

Tory Brexiteers are fearful they will lose votes to a Brexit Party candidate (Image: EXPRESS.CO.UK)

Mr Farage’s party saw huge success at the European Elections earlier in the year, and many Tory Brexiteers are fearful they will lose votes to a Brexit Party candidate. 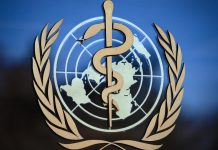 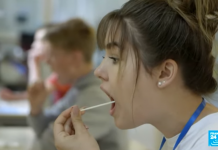 June Brexit summit on cards with talks heading for deadlock