An Indonesian military captain has come under fire for pointing a gun at another car while driving a government-issued vehicle.

The incident – which occurred on the Jagorawi tollway in West Java – was captured in a video that went viral on Monday (Sept 19).

It shows a driver in a black car with a red-coloured number plate – which is issued to governmental vehicles. The car appears to try and overtake another vehicle, before the driver points a gun out his window towards the other motorist.

Detikcom, an Indonesian news outlet, reported that the Indonesian Military (TNI) confirmed the car was registered with the Ministry of Defence, and identified the driver as a military captain.

The captain in question has been detained by the Ministry of Defence and is currently being investigated, according to Khoirul Fuad, Director of Law Enforcement for the Military Police Command of the Indonesian Military.

Once the investigation is complete, the suspect will be transferred to the military headquarters for further processing, he added.

“Not only is he a military officer, he’s also a captain and yet he cannot control his emotions,” said one Twitter user.

“There needs to be a crackdown on [the] military getting priority through traffic. Is the country at war? What’s the rush?” said another. 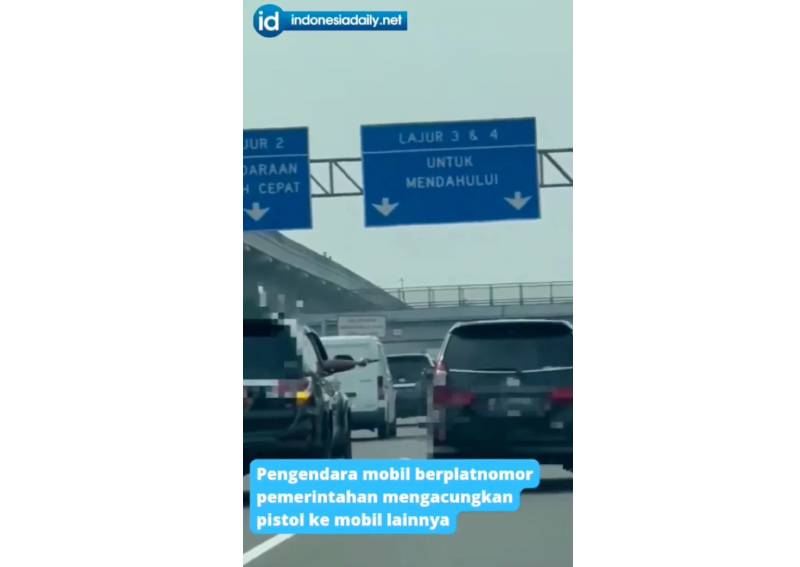 The viral incident comes on the back of a scandal that rocked the country, in which one of Indonesia’s highest ranking police officers resigned amid investigations into an alleged cover-up involving the death of a junior policeman.

The scandal was widely seen as a major setback for the national police force that has been trying to regain public trust following long-standing complaints of corruption and brutality.