IF you were a har kow who wanted to get married to a Teochew dumpling, you would want Edward Chong to be your makeup artist. If anything, the head chef of the newly reopened Peach Blossoms restaurant should henceforth be called the Warhol of dim sum. The Banksy of buns. The way he nips, tucks, shapes and colours shrimp paste into crimson lychees and glutinous rice dough into life-like gourds, you may never want to eat siew mai from a boring bamboo basket again.

Chef Chong has been on the Chinese chefs to watch list for a while now, in the pre-Parkroyal era when Peach Blossoms stood in the old Marina Mandarin. At the time, the Instagram crowd couldn’t get enough of his Chinese-style long-boned Tomahawk steaks with green papaya salad – but his East-West renditions somehow never felt or tasted natural, with an English-as-a-second-language level of awkward phrasing.

It’s a totally different story now, as if the hotel wasn’t the only one that underwent a complete overhaul in design and demeanour. The narrative is so much stronger and confident as he wields a sophisticated design aesthetic and equally strong Chinese cooking foundation.

For one thing, he’s gotten rid of all the niggly Southeast Asian influences which just get in the way of what is fundamentally a Chinese restaurant. Instead of going the prawns in wasabi cream or foie gras-in-everything route, he sticks to clean Cantonese profiles, but just goes hog wild with a western/Japanese presentation.

You almost wonder if the chefs in the kitchen wield paintbrushes or a wok as you marvel at the gradations of orange on the scallop dumpling in Dim Sum Artistry (S$16.80) – a fashionable trio of translucent-skinned beauties that sit pretty in their own ceramic steamer. Don’t let them sit for too long as they continue to steam and lose their resilience – catch them the moment they land on your table and you’ll bite into scallops trying to bust out their skin; green crystal dumpling filled with a pleasantly odd mix of shrimp paste, egg and century egg; and a squid ink coloured seafood bite with different coloured tobiko to pop in the mouth. Incidentally, they do have regular, unembellished dim sum if you’re a purist or suffer from chromophobia.

The real workmanship lies in the Four Combination Platter which takes 20 minutes to prepare and costs S$30 (for one person) for the effort. It’s worth the splurge for the novelty factor and to witness the extent of the chef’s whimsy. The lychee is a crunchy crust encasing a ball of fish paste, cream cheese and mushroom bits that should be enemies but are instead happy together in one great, gleeful bite. There’s also a chawanmushi filled eggshell (decorated, no less) with a more grownup truffle accent and pan-seared scallop on top. And while foie gras and peking duck really shouldn’t be seen in public, tiny quantities are acceptable, especially hidden in a little pie tee cup and camouflaged with a crisp skin square. Too sweet hoisin sauce binds the filling, but perfectly fine as one quick bite. Completing the quartet is a flaky-crisp cylinder filled with a creamy prawn mixture like a Chinese croquette.

READ  Where a chief concierge likes to eat Sichuan and Cantonese, and all Chinese classics in Hong Kong and Macau

A barbecue combination (S$48) is a boon to the weak-toothed who don’t have to gnaw their way through stringy roast duck or joy-less char siew. You can even gum your way through the almost unnaturally soft pork belly with its sweet smokiness and gold-leaf topped sugary crust. Sous vide may have been at work here or with the most tender duck leg we’ve had, but we won’t begrudge it since they both disappear in a flash, leaving behind an acceptable but quite ordinary roast pork belly.

Chef Chong’s maturity shows in his mastery of deep flavour, texture and mouthfeel. A Teochew dumpling (S$7.80) is a tender yet yielding glutinous rice dough expertly shaped into little pretty gourds and presented on a lotus shaped plate that would be tacky in any other social situations but perfect with their mini passengers. The chewy dough and savoury radish/dried shrimp filling make some memorable gourds.

Attention to detail means even a simple soup of the day (S$12) is a full-bodied mushroom essence filled with chicken, dried scallops, mushrooms and whelks as proof of its heady brew, with savoury-fruity bits of black garlic for an extra boost.

We’re not sure if we like the poached wagyu (S$38) for its slippery smooth tenderness or the chicken claw-shaped egg cup holding an onsen tamago that you break over the beef. This shabu shabu cousin is served in a broth similar to the soy sauce gravy poured over steamed fish, with chives, enoki and crispy shallots to remind you of its Chinese roots. One thing we learn is that chef Chong sure spends a lot of time on Taobao. He probably fell in love with some kitschy ash trays and decided to create a crispy cigar roll (S$18) out of deep fried spring roll skin filled with shrimp paste, foie gras and truffle, and realistic ‘ash’ on one end from coloured crispy rice. Dip into a swirl of sweet sauce, chomp and repeat. Enjoy.

READ  Five of Indonesia’s best restaurants for pork, and why country with world’s largest Muslim population is eating more of the meat

Peach Blossom Sweet Delights (S$28) is another visual carousel of bandung jelly pig and white sesame pudding served in a large petit fours box, along with ondeh ondeh macarons and ‘lava’ sweet potatoes. The latter are the best – bite through the crisp crust and find a layer of mochi-like sweet potato and a gush of warm creamy yam puree for a wonderfully satisying multi-layered mouthful. The other bites look pretty but taste pretty blah.

All in, chef Chong is clearly in a league of his own. It’s rare for a Chinese restaurant chef to break out of the mould and develop his own style. He clearly stands apart from the others for sheer originality, and with real good cooking to match, well, this is one makeover that’s going to last. 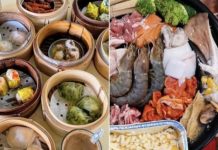 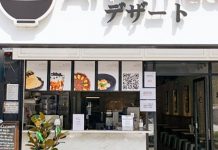 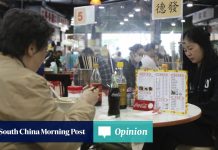 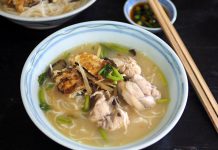 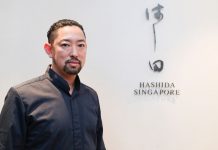 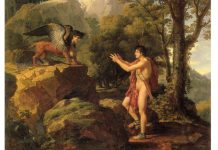 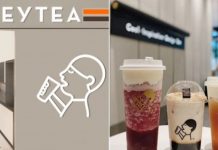 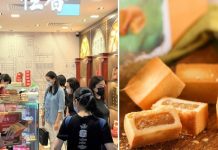 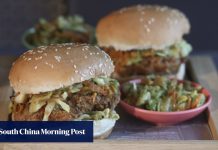 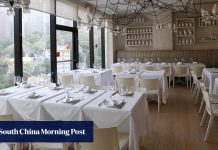 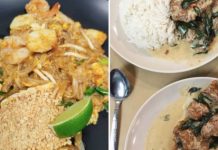