ANKARA: Restrictions on Turkey’s press freedom have been put in the spotlight by a four-day visit to Turkey by a group of 11 international press freedom, journalism and human rights groups.

Based on its meetings with Turkish journalists, civil society members, parliamentarians, judiciary members and diplomatic missions, the delegation released its initial findings on Oct. 14, with a special emphasis on the increasing state control over the media, lack of independence of regulatory bodies and the restrictions of the new social media law on the freedom of expression.

The persistent investigations and imprisonment of independent journalists and the attacks that compromise the safety of media representatives were also voiced by the mission as a source of concern.

Turkey is ranked 154th out of 180 countries in Reporters Without Borders’ 2020 World Press Freedom Index that assesses the level of freedom available to journalists.

In September, at least 64 journalists appeared in Turkish courts for 38 press trials.

According to the data of Press In Arrest, an independent database about journalists’ trials, Turkish journalists faced a 7 counts of aggravated life sentence, and prison sentences of up to a total of 970 years and 10 months in September. Journalists mainly faced charges of terrorism and espionage, and of insulting state officials.

The government excluded journalists from an early release program to ease overcrowding in prisons during the pandemic, even though some of them faced grave health risks.

“We can clearly conclude that the censorship and press freedom crisis in Turkey is worsening,” Scott Griffen, deputy director at IPI, told Arab News.

“On the one hand, journalists are still being jailed for doing their job and the justice system is being instrumentalized to crack down on critics. We don’t see any political will from the authorities to change this. But on the other hand, new issues are emerging: State capture of the media, digital censorship and new attacks on judicial independence,” he added.

Griffen underlined that after the mainstream media were captured by the state, social media and online platforms became havens of free expression beyond the government’s censorship tools.

The new social media law that came into force on Oct. 1, obliges online platforms such as Twitter, YouTube and Facebook with more than a million users to send reports to Turkey’s state-controlled Information and Communication Technologies Authority about requests to censor or block access to online content.

The law sparked concern among rights groups about its potential use to censor outspoken journalists in the country who use online platforms as a small window through which they try to continue their journalism.

With the new law, internet hosts or search engines have immediately to execute access blocking decisions of the authorities, while the social media companies are required to appoint a representative in Turkey and store users’ data on local servers, a move that gives the government more chance to silence fierce criticism and block access to websites such as Twitter that Turkish people use for following news that is not controlled by the government.

“Turkey’s social media law threatens to usher in a new era of digital censorship. We also see the increasing use of regulatory bodies, such as the Radio and Television High Council (RTUK), which are supposed to be independent but are instead instrumentalized by the state, to punish critical broadcast and online media in particular,” Griffen said.

The international delegation also drew attention to the rising pressure on the judiciary, especially on the Turkish Constitutional Court, which is the last remaining bastion for defending press freedom on the basis of the constitution.

The top court has been subject to harsh criticism by the government officials who have called for a reorganization of the institution to fit into the executive presidential system that will inevitably curb its independent status.

According to Griffen, if the court is lost to pressure, it will be a huge blow to democracy and the rule of law in Turkey.

The international mission also met with the Human Rights Department of the Ministry of Justice during their visit to Ankara.

However, Griffen said, the mission members did not see any political will from the governmental authorities to reverse the damage that the press freedom crackdown has caused to democracy in Turkey.

“We do not yet see the will to end the relentless attacks on individual journalists and their families or to end political influence over the judiciary and bring Turkey back to the club of countries that respect the rule of law,” he added.

An Istanbul court on Oct. 7 declared exiled dissident journalist Can Dundar, the former editor of Cumhuriyet newspaper, a “fugitive” and ruled for the seizure of his assets. Dundar fled to Germany almost four years ago. He was charged with supporting a terrorist group. 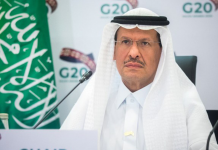 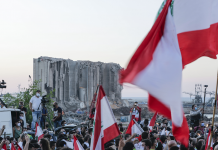 Lebanese spy chief tests positive for virus in US 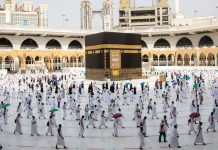 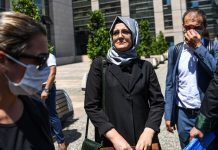 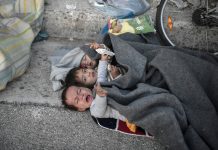 For Middle East children, pandemic adds to misery of displacement 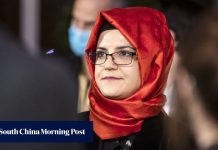 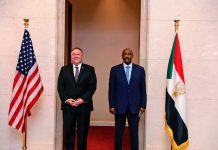 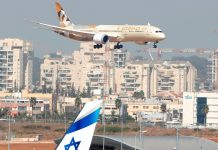 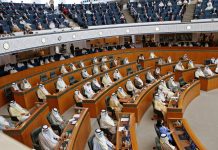 Kuwait’s new emir calls for national unity ahead of elections 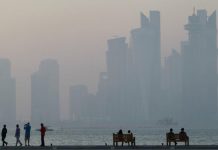 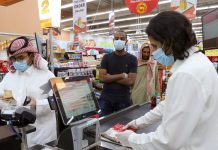