NEW YORK, June 5 — Investors will watch Washington in the coming week for clues on whether an outsized rally in shares of companies that would benefit from President Joe Biden’s proposed US$1.7 trillion (RM7 trillion) infrastructure plan has more room to run.

Expectations of spending from Washington on bridges, roads, and tunnels bolstered so-called value stocks, especially the industrials and materials sectors, both up around 20 per cent this year, ahead of the 12.5 per cent gain for the S&P 500.

Among the biggest winners have been shares of United States Steel Corp, up nearly 200 per cent since the start of the year, while steel producer Nucor Corp’s stock has gained around 104 per cent.

Those large gains may leave many industrials and materials stocks vulnerable to a selloff if a large spending bill in Washington fails to materialise, said John Mowrey, chief investment officer of NFJ Investment Group, which manages US$8.2 billion in assets.

“It’s scary how much of (the spending bill) is already priced into the market,” he said.

US Transportation Secretary Pete Buttigieg circled June 7 as the date by which negotiations with Senate Republicans must have a “clear direction.” If not, he suggested, Senate Democrats could propose a more targeted infrastructure bill.

Republican leaders have endorsed roughly US$257 billion in new spending, while calling major tax hikes to finance the construction of roads, bridges, water pipes and other projects a non-starter.

Progressive Democrats, meanwhile, are warning they would block any bill they view as inadequate.

Mowrey is focusing on companies he believes are undervalued that would benefit from an upgrade of technology-focused infrastructure like cell phone towers and data centres.

Shares of American Tower Corp, one of Mowrey’s holdings, are up 17 per cent for the year.

Investors have embraced infrastructure stocks at a time when concerns about rising inflation, lingering disruptions in global supply chains from the coronavirus pandemic and accommodative central bank policies have helped push prices for raw materials to multi-year highs.

Investors trying to gauge the inflation threat will keep a close eye on US consumer price data, to be released on June 10.

A much stronger than expected CPI number sparked a selloff in the market last month, bringing infrastructure stocks down with it, as many worried rising inflation could force the Federal Reserve to begin unwinding stimulus soon.

Still, exchange-traded funds that bet on infrastructure stocks were the only type of thematic ETFs to attract positive net inflows in May, according to data from State Street Corp Infrastructure ETFs were up 76.1 per cent for the year through May, more than double the return of other thematic bets such as robotics or digital security.

The utilities sector may have the most to gain over the long term from roughly US$384 billion in federal spending from Biden’s proposed bill, Wells Fargo noted in an analyst report. However, rising Treasury yields will likely leave the sector unattractive over the next six to 18 months, the firm said.

“The full ramifications of the American Jobs Plan will take multiple years to convert to growth for utilities firms,” the firm said.

Investors who are skeptical that Congress will pass an infrastructure bill should focus on areas such as clean energy, automotive parts and manufacturing, and agricultural machinery, which have not had the same run-up as commodity-tied businesses, said Brian Sponheimer, a portfolio manager of the US$2.4 billion Gabelli Dividend & Income Trust fund.

Automotive companies will likely continue benefiting from above-trend demand through at least 2023 as the global semiconductor shortage and a lack of inventory keeps supplies low, said Sponheimer, whose position in parts supplier Genuine Parts Co is among his fund’s ten-largest holdings.

If lawmakers cannot reach a bipartisan agreement on infrastructure, “there are reasons to think that there are supply chain challenges that push out growth for pockets of the market through 2022 and 2023,” he said. — Reuters 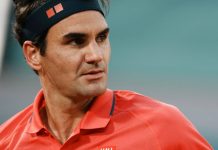 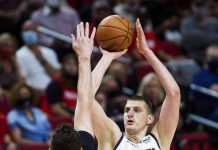 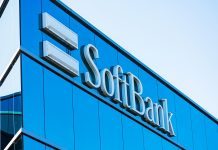 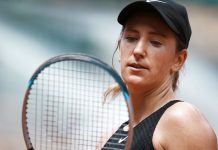 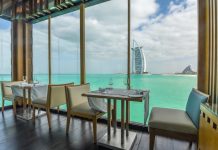