The Iranian government has filed a “red notice” with Interpol that requests the arrest of US president Donald Trump and 47 other American officials for the assassination of Islamic Revolutionary Guard Corps major general Qassem Soleimani on 3 January 2020.

“The Islamic Republic of Iran is very seriously following up on pursuing and punishing those who ordered and executed this crime,” said Iranian judiciary spokesman Gholamhossein Esmaili as reported by Al Jazeera.

Interpol didn’t grant a previous arrest request by Tehran prosecutor Ali Alqasimehr, when he issued an international warrant in June for the arrest of Mr Trump and other officials at the Pentagon and central command on “murder and terrorism charges”.

Rejecting the June request, Interpol said that its own constitution forbids it from taking on any “intervention or activities of a political, military, religious or racial character”.

As Mr Trump leaves office on January 20, Iran hopes it will become easier to force him to face consequences for the killing of Mr Soleimani.

The chief justice of Iran Ebrahim Raisi, said: “Fortunately, Trump’s presidency has ended. But even if his term hadn’t ended, it would be unacceptable to say someone shouldn’t be accountable to law due to his administrative position.”

Ali Kadkhodaei, a spokesman for the Guardian Council which vets legislation and oversees elections in Iran, said that while it is difficult to pursue legal actions against Mr Trump while he’s head of state, “some international experts hold the view that after Trump’s presidency is over this might be possible”.

Tensions have been rising between Iran and the US around the first anniversary of the death of Mr Soleimani.

The US has flown B-52 bombers over the Gulf on multiple occasions over the last month, and made the decision on Monday to keep a navy aircraft carrier in the area over what it says was the increasing threat of Iran, Al Jazeera reported.

The Independent earlier reported that Iran has begun enriching uranium to 20 per cent purity, its most significant breach yet of the 2015 accord that placed limits on its nuclear technology programme.

Iran’s hardline Revolutionary Guard on Monday also seized control of a South Korean oil tanker in the Persian Gulf that it claimed had repeatedly violated “environmental protocols”, according to the semi-official Tasnim news agency.

The US later called on Iran to release the South Korean tanker that they seized in the Gulf.

“The (Iranian) regime continues to threaten navigational rights and freedoms in the Persian Gulf as part of a clear attempt to extort the international community into relieving the pressure of sanctions. We join the Republic of Korea’s call for Iran to immediately release the tanker,” said an anonymous state department spokesperson on Monday. 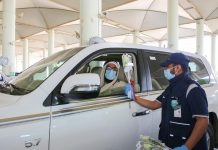 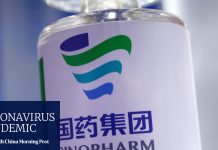 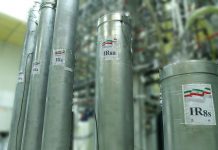 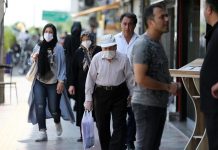 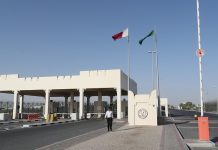 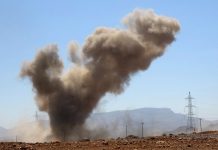 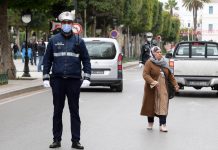 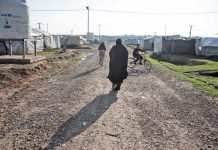 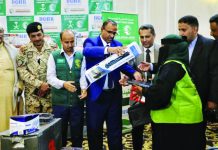 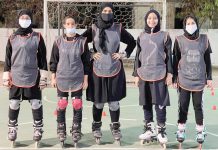 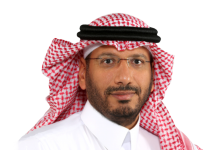