The US has agreed to take part in multilateral talks with Iran hosted by the EU, with the aim of negotiating a return by both countries to the 2015 nuclear deal that is close to falling apart in the wake of the Trump administration.

The state department spokesman, Ned Price, said the US would accept the invitation of the EU high representative for discussions with Iran and the five other countries that agreed the Joint Comprehensive Plan of Action (JCPOA), by which Iran accepted strict constraints on its nuclear programme in return for sanctions relief.

There was no immediate word from Tehran on whether it was ready to join the talks, which so far have no agreed start time or location. The US has made clear its delegation will be led by its special envoy, Rob Malley, who helped negotiate the JCPOA six years ago.

Donald Trump pulled the US out of the JCPOA in 2018 and imposed escalating punitive sanctions on Iran. In response Iran progressively shrugged off JCPOA constraints on uranium enrichment and other nuclear activities.

Since Joe Biden’s inauguration both countries have signalled their readiness to re-enter the agreement, but have differed on who should make the first move. The leadership in Iran has indicated preparedness to negotiate a step-by-step approach of “compliance for compliance”.

The talks have been announced at a time of growing tension, as Iran has increased its use of advanced centrifuges, begun making small quantities of uranium metal (essential for building warheads) and threatened to expel inspectors from the International Atomic Energy Agency next week.

On Thursday the US and the European JCPOA participants – the UK, France and Germany – issued a joint statement calling on Iran to return to compliance, to refrain from expelling inspectors and appealing for a return to diplomacy.

A few minutes later, as part of an apparently choreographed series of moves, Enrique Mora, the EU political director and lead negotiator, tweeted an invitation to talks.

“The JCPOA at a critical moment,” Mora wrote. “Intense talks with all participants and the US. I am ready to invite them to an informal meeting to discuss the way forward.”

At the same time, the US mission to the UN formally dissociated itself from a claim made by the Trump administration in September that UN sanctions on Iran had been reimposed – a claim almost every other nation ignored.

The US has also dropped special restrictions on Iranian diplomats in New York imposed by the Trump administration, that limited them to the Iranian mission, the ambassador’s residence, the airport and a six-block radius around the UN. They will now be subject to the limits that were in force before the Trump era, a 25-mile radius around midtown Manhattan.

US officials said the timing and location of the talks would be up to the EU hosts, and warned that they were unlikely to lead to a quick breakthrough.

“It will take some time for both sides to agree what they will define as ‘compliance for compliance’.” 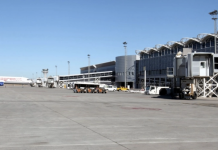 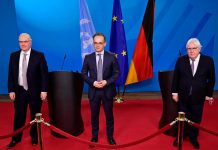 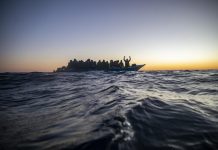 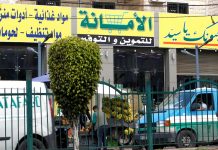 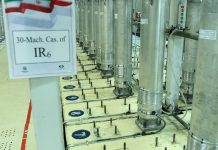 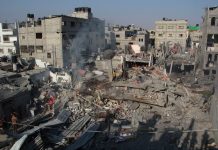 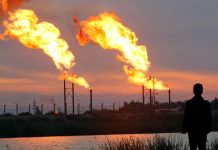 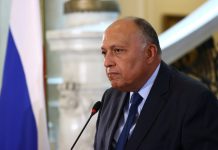 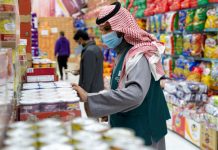