AL-MUKALLA: At least 45 Houthis have been killed in heavy fighting in the past 48 hours near the central city of Marib as the Houthis push ahead with their bloody offensive, a military official told Arab News on Friday.

Iran-backed Houthis in February resumed a major offensive to seize control of the gas-rich city of Marib, the Yemen government’s last bastion in the northern half of the country.
“Fighting has not stopped for 24 hours on all fronts,” said Col. Yahiya Al-Hatemi, the director of Yemen Army’s military media, adding that several Lebanese and Iraqis were also killed in Marib while fighting alongside the Houthis.
The Arab coalition carried out more than 18 sorties in support of the Yemeni army and allied tribesmen, destroying four Houthi military vehicles and several fighters.
Al-Hatemi said that government forces advanced on the Murad front, west of Marib city, after seizing control of new areas and cutting off a key Houthi supply route.
In Al-Kasara, the most volatile battlefield, heavy fighting broke out as the Houthis sent new military reinforcements to break loyalists’ defenses.
The Houthis failed to make any gains on the ground and retreated after suffering heavy casualties, including that of a field military commander, the Yemeni official said.
According to government estimates, more than 2,000 Houthis, including many military commanders, have been killed over the past couple of months in Marib province in fighting with government forces or in Arab coalition airstrikes.
More than 1,800 army soldiers and tribesmen, including several commanders of military brigades and tribal leaders, have also been killed since the beginning of the Houthi offensive, according to government figures.
Al-Hatemi said that at least 60 percent of the Houthi military forces and equipment deployed during the continuing offensive had been destroyed and the bodies of dozens of Houthis were still strewn on battlefields.
“Their forces and equipment were crushed. They could not advance an inch,” Al-Hatemi said.
The bloody fighting has displaced more than 24,000 people since February as several displacement camps were emptied due to Houthi shelling, according to the government’s IDPs management body.

In Riyadh, Yemen’s President Abed Rabbo Mansour Hadi on Thursday renewed his pledge to challenge Iran’s schemes in Yemen, hailing army troops and tribesmen in Marib who have been fighting off the bloody Houthi offensive.

In the western province of Hodeidah, heavy fighting between government forces and the Houthis broke out on Thursday night in the Kilo16 area, east of Hodeidah city, when the rebels advanced into government-controlled areas. The fighting lasted for hours and the Houthis withdrew after suffering losses, the Joint Forces media said.
In Riyadh, Yemen’s President Abed Rabbo Mansour Hadi on Thursday renewed his pledge to challenge Iran’s schemes in Yemen, hailing army troops and tribesmen in Marib who have been fighting off the bloody Houthi offensive.
During a meeting with his deputy, Ali Mohsen Al-Ahmer, and senior government officials, Hadi said that his forces were inflicting heavy defeats on the Houthis, thanking the Arab coalition for its support of the Yemenis.
The vice president, who briefed the gathering on the military situation, said that the Houthis had ignored calls for peace, accusing them of executing Iran’s designs in Yemen.
The current conflict in Yemen, which has killed more than 100,000 people according to the UN, began in late 2014 when the Houthis grabbed power, placed the Yemeni president under house arrest and later expanded across the country. 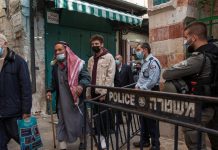 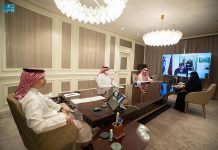 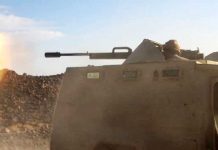 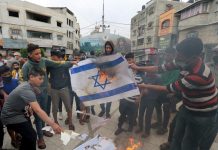 Human Rights Watch has accused Israel of apartheid. What does it mean? 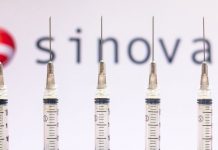 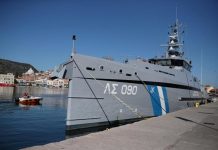 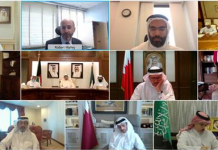 US envoy to Iran holds talks with GCC officials 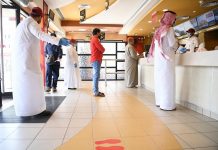 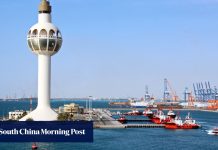 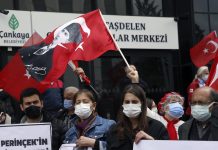 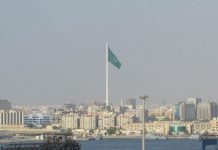