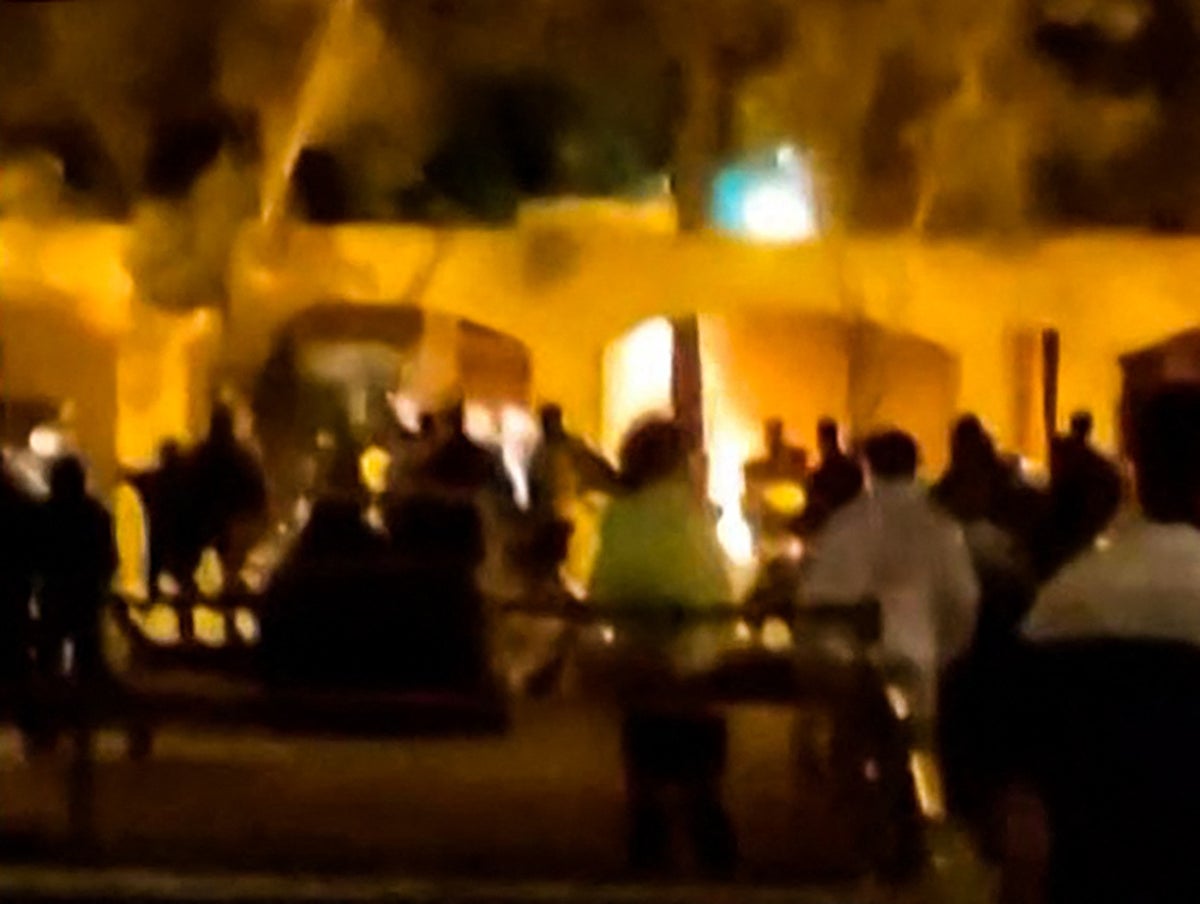 Protesters in Iran set fire to the house of Ayatollah Khomeini on Friday, as unrest continued in the country more than two months after Mahsa Amini’s death in police custody.

The childhood home of the founder of the Islamic Republic of Iran, in the western province of Markazi, was being used as a museum – the Khomeini House Museum – and housed relics from his childhood and his reign.

Videos and images on social media showed part of the structure in the city of Khomein being set on fire by angry protesters who had marched into the building. Subsequent videos showed hundreds of people cheering as fire engulfed part of the premises.

However, regional authorities denied that there had been an arson attack on the residence.

Reuters said it had verified the location of the videos, confirming the incident. However, the semi-official Tasnim news agency denied there had been an arson attack, reporting instead that some people had gathered outside the house. The agency added that the building was open to “pilgrims and lovers of the deceased imam”, stating: “The doors of the house of the late founder of the great revolution are open to the public.”

The fire at the ancestral house follows relentless nationwide protests that have gripped the country. The protesters are calling for an end to hardline clerical rule. A wave of protests erupted just over two months ago after the death of the 22-year-old Amini while she was in the custody of Iran’s morality police.

See also  'My people are being killed': the Australian Kurds betrayed by the US withdrawal in Syria

There was a renewed wave of agitation across the country this week to mark the anniversary of similar demonstrations in 2019, when hundreds of people were killed during protests that took place in response to a fuel price hike.