AMMAN: Palestinian leader Mahmoud Abbas, who signed the decree for this year’s elections, has yet to announce whether he intends to run for president.

In the past 10 years, he said on at least three occasions that if and when elections take place he will not stand. But Fatah strongman Jibril Rajoub has repeatedly stated that 85-year-old Abbas is the party’s only candidate for president.

Polls conducted as recently as December suggest that Abbas would lose in a head-to-head contest against Hamas leader Ismail Haniyeh. Under the current power-sharing understanding between Fatah and Hamas, however, the Islamist movement has agreed not to challenge the Fatah nominee.

While the largely youthful Palestinian population under occupation has not known any leader other than Abu Mazen (Abbas’s nom de guerre), he faces a mix of apathy and rejection.

Senior advisers to the president told Arab News that it is “too early” to talk about the presidential race, scheduled for July 31, because all attention now is on making sure the legislative elections take place on May 22 and a new government is formed to represent all of the Palestinian areas occupied in 1967.

Najeeb Qadoumi, a member of the Palestinian National Council, told Arab News that the Palestinian leader’s achievements cannot be dismissed. Abbas persuaded 138 nations in the UN general assembly to recognize Palestine as a nonmember observer state, he said, and also stood up to “the most powerful man in the world,” US President Donald Trump, in defeating the so-called “deal of the century.”

Qadoumi highlighted Abbas’s boycott of the Trump administration after it moved the US Embassy to Jerusalem and announced its vision for peace that included the annexation of a third of the West Bank. US President Joe Biden and his team have announced that they plan to reverse many of Trump’s decisions that affected Palestinians, including its legalization of Israeli settlement activities. The new US administration also unambiguously stated its support for a two-state solution, and has resumed dialogue with the Palestinians.

Polls conducted as recently as December suggest that Mahmoud Abbas would lose in a head-to-head contest against Hamas leader Ismail Haniyeh.

While many in Fatah’s Central Committee favor Abbas as a consensus leader, it is still unclear whether he will decide to run for the highest office. However his followers have in recent weeks noticed a sharpening of nationalistic rhetoric from him, especially in publicly disclosed statements encouraging Palestinians in the Jordan Valley to resist Israeli policies and attempts at settlement expansion.

“These are the words of a man who is planning to run,” a senior Palestinian leader told Arab News.

Whether his previous statements that he would not run were genuine or a bluff, if he does decide to stand he will have a significant problem to deal with: The publicly announced intention of imprisoned Fatah leader Marwan Barghouti to run for president from behind the bars of an Israeli cell, where he has been held for almost 20 years.

The most recent poll suggested that if Barghouti runs, he could expect to receive 62 percent of the Palestinian vote. His ally Hatem Abdel Qader, a Fatah leader in Jerusalem, said Barghouti has no plans to run for the legislative council and will only stand for president.

Fatah Central Committee member Hussein Sheikh visited Barghouti in jail on Feb. 11 and reportedly offered him top spot on the Fatah list of candidates, along with the chance to name 10 others on the party’s official list, but the offer was rejected.

A possible compromise solution that has been suggested is the creation of the office of vice president and have the Fatah ticket include candidates for both positions. However this would require a change in the law that could only be implemented after the elections for the legislative council take place.

If it happens, Barghouti could be included on the ticket as the candidate either for president or vice president, which could help increase his chances for release, especially considering Abbas’s age.

The Guardian view on the crimes of Assad’s regime: slow, uncertain justice | Editorial 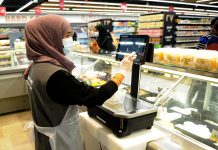 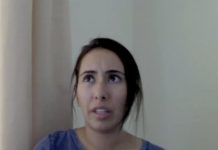 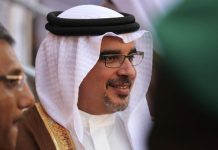 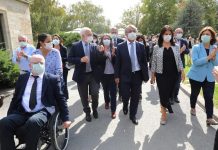 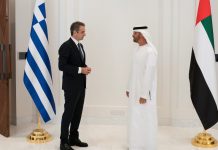 How UAE, Greece came close together 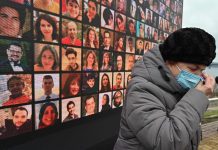 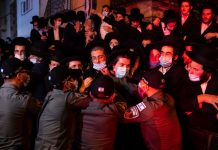