The Israeli opposition leader has told the country’s president that he can form a government, a critical step that places Benjamin Netanyahu in his most precarious political position for more than a decade.

After days of frenetic negotiations, Yair Lapid told President Reuven Rivlin less than an hour before a midnight deadline that he has the support of a majority of opposition parties for what has been dubbed a “government of change” – a mix of bitter ideological rivals united by a shared desire to oust Israel’s longest-serving leader.

Under the proposed deal, Lapid will not immediately take high office. Instead, his former rival the far-right politician Naftali Bennett, whose support was vital to the coalition’s success, will become prime minister for the first two years.

“I am honoured to inform you that I have succeeded in forming a government,” Lapid told the president. He added: “I commit to you Mr President, that this government will work to serve all the citizens of Israel including those who aren’t members of it, will respect those who oppose it, and do everything in its power to unite all parts of Israeli society.”

Crucially, Lapid secured backing from a small party of Arab Islamists who signed roughly two hours before the deadline. In doing so, the United Arab List became the first party from the country’s sizeable Arab minority to ever join a government. Its leader, Mansour Abbas, is a pragmatist and has sought greater resources and rights for Palestinian citizens of Israel.

The step by Lapid does not immediately end Netanyahu’s 12-year stretch in power or conclude a political deadlock that has brought four snap elections since 2019. Before that happens, lawmakers will need to vote on the deal, which is expected next week. Then there will be a swearing-in.

Until that happens, Netanyahu is expected to continue his attempts to get any lawmakers to defect so Lapid does not have a 61-seat majority in the 120-seat Knesset.

Bennett, a religious nationalist, is a strong advocate for the settler movement in the Palestinian territories and has ruled out a Palestinian state. He will join with an unlikely assortment of parties, including the establishment Labor and anti-occupation Meretz but also Yisrael Beiteinu, a hardline secular party led by a Moldova-born settler, Avigdor Lieberman.

Abbas, the leader of the United Arab List, said his party had made a “difficult decision” to join the coalition.

“This is the first time an Arab party is a partner in the formation of a government,” he told reporters. “This agreement has a lot of things for the benefit of Arab society, and Israeli society in general.”

A photo of Abbas, Lapid and Bennett sitting and smiling together, apparently after they had signed the coalition agreement was widely shared on social media by stunned Israelis. “History,” wrote Noa Landau, a journalist for the local Haaretz newspaper.

While Lapid is a self-proclaimed centrist, he has also described himself as a “security hawk” and provided only tepid encouragement to the prospect of ending the occupation. To avoid breaking apart, his fragile government would be expected to focus on the economy and the pandemic while avoiding addressing the big issue of millions of Palestinians living under Israeli rule.

Still, Bennett will have executive powers as the prime minister to effect change, or entrench the status quo. Analysts have speculated the government, even if sworn in, may only last a short time if the sense of unity fades and deep discord resurfaces.

In power for a total of 15 years – from 1996 to 1999, and then since 2009 – Netanyahu has been desperately attempting to scupper the deal by his opponents, which could not threaten his political life but his freedom, too.

The 71-year old leader is currently fighting three corruption cases – on fraud, bribery and breach of trust charges, which he denies. If he were to go into opposition, he might be denied parliamentary immunity, and the new government could pass legislation to bar him from office in the future.

Lawyers for Netanyahu’s Likud party had already tried to stop the emerging coalition this week by stating Bennett’s right to serve first as prime minister was illegal. However, President Rivlin knocked down the challenge.

On Sunday, Netanyahu warned of “a leftwing government dangerous to the state of Israel” and accused his former allies on the right of abandoning their voters. 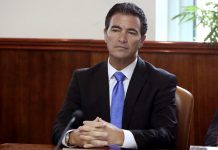 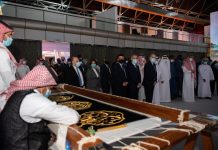 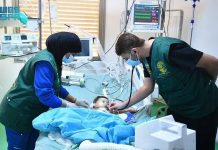 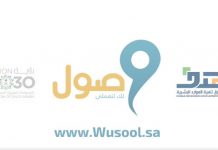 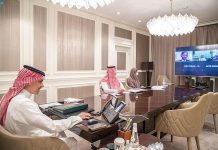 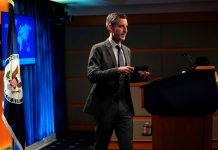 U.S. Lifts Some Sanctions on Iranians Before Nuclear Talks 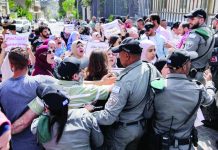 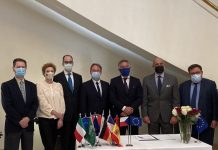