At 8.18am on Friday 16 June 2017, the Libyan coastguard Col Massoud Abdalsamad received a long-distance phone call from an Italian coastguard official who told him that 10 migrant dinghies were in distress, many in Libyan territorial waters.

“It’s a day off,” Abdalsamad told the official. “Perhaps we can be there tomorrow.”

Later that day Abdalsamad claimed that his men had saved many of the stricken migrants. According to data compiled by the International Organisation for Migration (IOM), by the end of the weekend, 126 people had died.

In February of that year, Europe had ceded responsibility for overseeing Mediterranean rescue operations to Libya as part of a deal struck between Italy and Libya aimed at reducing migrant flows across the sea.

The conversation, recorded by prosecutors in Sicily investigating sea rescue charities for alleged complicity in people-smuggling, lays bare the indifference of individuals on the Libyan side to the plight of migrants and to international law.

It is one of several revelations from the transcripts of wiretaps on Libyan coastguard officials’ phones, contained in a leaked 30,000-page file produced by Italian prosecutors that has been seen by the Guardian.

The revelations are being published as part of a joint investigation by the Guardian, the Italian public broadcaster Rai News and the Domani newspaper. They appear to show that Italian authorities knew that Libyan authorities were either unwilling or incapable of looking after migrant boats at sea, even as Italy launched investigations into the role of nongovernmental organisation boats at sea that prevented NGOs from carrying out private rescue operations.

Between 22 and 27 March 2017, hundreds of people who had set off from Sabratha in Libya requested aid from the Italian maritime rescue coordination centre. The transcripts show that Italian officials attempted to contact Abdalsamad and at least two other officials a number of times, but often the “result was negative”. The Italian authorities eventually lost contact with the dinghies. On 29 March the UN High Commissioner for Refugees (UNHCR) confirmed the deaths of 146 people, including children and many pregnant women.

On 24 May 2017, two boats that had left Libya carrying hundreds of people started taking in water and one capsized. The people on board contacted the Italian coastguard, which called Abdalsamad 55 times without receiving a reply. Thirty-three people died, according to the UNHCR.

In a restricted 2018 report by Operation Sophia, the European mission to fight illegal immigration, which has been seen by the Guardian, officials wrote that “reporting by Libyan Coast Guard it is not yet at a consistently acceptable standard” and that “the lack of feedback provided by the Joint Operation Room continues to be an issue”. The report highlighted “a critical infrastructure situation (limited communication systems, power supply, telephones and personal computers)” and said the situation was “further adversely conditioned by a limited presence of personnel with insufficient language (English) skills”.

For years Libyan authorities have been accused of intercepting dinghies and returning people to detention centres in Libya, where aid agencies say they suffer torture and abuse.

Riccardo Gatti, head of mission for the Spanish NGO rescue boat Proactiva Open Arms, said it was “almost always impossible” to contact the Libyans, and that phone numbers often don’t work or are nonexistent.

Francesco Creazzo, a spokesperson for the NGO rescue boat SOS Méditerranée, said Libyan authorities were “mostly unresponsive, regardless of the day of the week”.

“The crux of the matter, however, remains that the EU is prioritising surveillance of the borders over search and rescue, and has given the responsibility of maritime coordination in a large part of the sea to the JRCC.”

In a document produced by Italian prosecutors, investigators describe Abdalsamad as “uncollaborative”, adding that in the 16 June incident he denied “authorisation of an NGO vessel in Libyan waters to rescue two dinghies that were adrift”.

Later that same day, Abdalsamad informed Rome that the Libyan coastguard had intercepted five dinghies and rescued hundreds of people, but prosecutors have not produced any documents corroborating that statement.

Reached by the Guardian, Abdalsamad said that he was unable to answer any questions relating to events in 2017 because “it would be too hard to find the recordings of these events”. However, he did acknowledge that “communications with his Italian counterparts do not always work well” and that there were “telecommunication problems in Libya that cause frequent interruptions”.

“You must understand that Libya is a country that has suffered a war,” he said.

The Sicilian magistrates who wiretapped Abdalsamad for months as part of their investigation into NGOs have not indicted any Libyan officials.

Last week the Italian justice ministry announced that it had sent inspectors to Trapani in Sicily to “urgently carry out the necessary preliminary investigations” into the prosecutors’ inquiry after reports that at least 15 journalists covering the NGO case and human rights lawyers had been recorded in conversation with confidential sources.

Trapani’s acting head prosecutor, Maurizio Agnello, said in a statement that he “believes it is most opportune and responsible for me not to participate in any further discussions in this matter”. 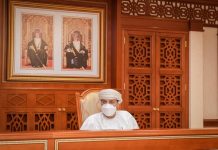 Oman bans commercial activity from May 8 to 15 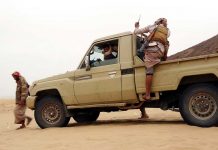 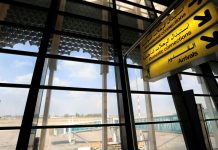 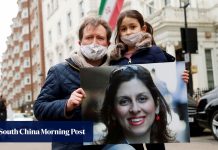 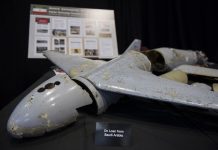 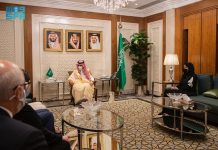 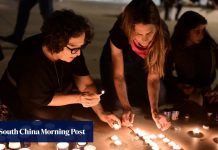 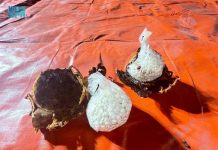 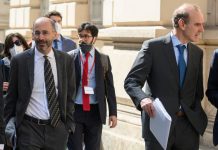 A path back to a deal: US and Iran make serious headway on nuclear talks 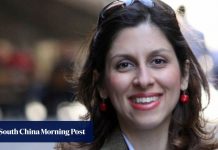 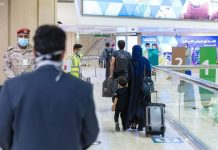 Saudi Arabia to allow vaccinated citizens to travel from May 17