Susanne Klaehr, a nursery worker in Berlin, arrived more than two hours early to receive an AstraZeneca jab at Tempelhofer Feld, on Friday as she didn’t want to miss her chance. “It’s a good day for me,” the 53-year-old said. “I even played loud music on the way here.”

Germany has resumed using the AstraZeneca vaccine after pausing its deployment along with many European countries on Monday over fears of a possible link to blood clots.

After lifting the suspension on Thursday night, politicians are eager to accelerate Germany’s sluggish vaccine campaign as it battles what health authorities on Friday described as an exponential rise in Covid-19 cases that threatens to overwhelm hospitals. The highly contagious so-called British variant now makes up around 72% of all cases in Germany.

Some Germans like Klaehr rushed to rebook their appointments and made their way through snow to the vaccination centre at the former Tempelhof airport, famous for being the lifeline for West Berlin during the cold war.

“I work in a nursery with young children and every day I’m worried,” Klaehr said. “I understand that Germany had to stop the vaccine to see what happened, I just hope that it works today. I’m a bit nervous, but not about the blood clot warnings specifically. I’m mainly very happy to be getting it.”

Most of the people heading to the centre shared Klaehr’s enthusiasm. Jonny Neukirchener, 70, a retiree, was originally meant to have his appointment on Thursday. “I’m not nervous about AstraZeneca,” he said. “I’m glad to get the vaccine now because it [the outbreak] is getting worse in Germany.”

READ  WHO cautions against further lifting of lockdown in England

Peter Länger, 69, a retiree who lives near Tempelhofer Feld, walked over to get the vaccine as soon as the centre reopened. “With the vaccine you have more protection, so I’m happy to get it today,” he said. “It was stressful for me when my appointment was cancelled and I didn’t know what was going to happen.”

Sophie Schejkal, 21, a medical assistant, was also pleased. “It gives me protection to live my life again and it’s safer for everybody and for patients that I work with,” she said.

Soraya Bliesener, 19, a medical assistant, said she was frustrated when use of the vaccine was halted. “I’m directly in contact with people who could be sick, so I’m very happy that they started vaccinating again,” she said.

Many in Germany fear the pause could have further dented public confidence in the vaccine. Limited data from AstraZeneca’s early trials and some misleading reporting in German media had previously led to scepticism about it. The vaccine was described by German media as a “shelf warmer” even before the blood clot fears.

Some of those who turned up early to get their AstraZeneca jab expressed some doubts. Kaan Yorulmaz, 30, who works as a guest service manager for Tui and who has to be vaccinated for work, said he would have preferred another vaccine. “I wish it wasn’t AstraZeneca that I was getting,” he said. “I’m early because I’m trying to prepare myself mentally for it.”

However, Yorulmaz said the suspension had not put him off getting vaccinated and he still believed it was important to accept the offer. “I’m not scared,” he said. “I want to protect myself and try to protect other people, especially the older generation. I’ll just try to do it and hope that everything is all right. Then I’ll tell all my friends how it went afterwards.”

Dagmar Schwartz, 57, a medical assistant, also said she was nervous. “I’m a bit unsure, but I would be about any of the vaccines,” she said. “It doesn’t matter which one.” 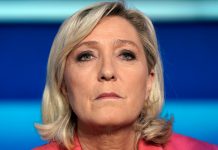 Fears of a coup in France are exaggerated, but a far-right president is a real possibility 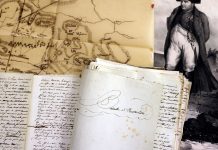 Voting under way in Madrid snap election dominated by Covid

Zapatistas set sail for Spain on mission of solidarity and rebellion 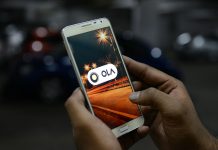 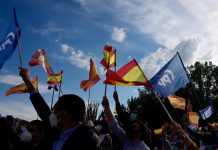 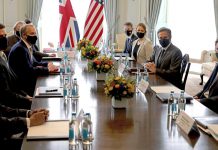