Singapore – A foreigner and his Singaporean wife were sentenced to jail for breaching Covid-19 safety measures and spending the night together at a hotel while the man was serving his stay-home notice (SHN).

After spending months apart, Mr Nigel Skea, 52, from Britain, could not wait to be reunited with his then fiancee and now wife, Ms Agatha Maghesh Eyamalai, 39.

According to a todayonline.com report, Mr Skea was serving his two-week SHN at the Ritz-Carlton Millenia Singapore hotel after arriving on Sept 20 last year when he breached protocols and stayed with Ms Eyamalai in another room in the hotel.

The couple spent the night together. However, Mr Skea was caught by a security officer when he tried to return to his room the following day.

When Mr Skea arrived at the hotel, he informed Ms Eyamalai, who later reserved a room on the 27th floor. Mr Skea left his room on the 14th floor to look for a viable route to their booked room.

Mr Skea exited his room without a face mask and used the emergency staircase to get to the right floor.

Upon entering the emergency staircase, he realised that the door could only be opened from his side.

Mr Skea called the hotel’s reception counter as he was locked out. After a staff member assisted Mr Skea, he wedged a cardboard piece between the door to keep it ajar for his rendezvous.

At 2:25 am, he used the emergency staircase to the 27th floor, which Ms Eyamalai opened from the other side. They spent the night together, staying in the room until about 11 am.

When Mr Skea was on his way back to his room, he realised he could not access his floor through the emergency staircase, so he went down to the fourth level but was stopped by a security officer.

The man lied that his room door had accidentally closed behind him while he was collecting food left on his doorstep. The security officer recounted Mr Skea’s story to the duty manager, who eventually saw that the man’s door was unlocked and ajar.

Mr Skea’s actions were also confirmed through closed-circuit television cameras on the 14th and 27th floors.

On Friday (Feb 26), Mr Skea was fined S$1,000 and imprisoned for two weeks. Ms Eyamalai was also sentenced to a week in jail.

Earlier this month, Mr Skea had pleaded guilty to flouting a control order and failing to wear a face mask under the Infectious Diseases Act. Four similar charges were also considered during his sentencing by District Judge Jasvender Kaur.

Ms Eyamalai also pleaded guilty to conspiring with Mr Skea in flouting a control order. She also lost her job as an administrative assistant because of the court case, the report noted.

According to District Judge Kaur, every instance of breaching a stay-home order is a threat to public health, as persons with no symptoms can spread Covid-19.

Despite Mr Skea not being infectious and later testing negative for Covid-19, the judge noted that these aspects did not make him any less blameworthy. The court heard that Mr Skea had sent a phone text message to Ms Eyamalai the moment he arrived at the hotel. Ms Eyamalai also played an active part in arranging the meeting.

The couple’s lawyer, SS Dhillon, said during mitigation that Mr Skea had travelled to Singapore to propose, and they were “overcome with emotion” after being apart for an extended period. However, the judge said that disrupted relationships were an inevitable consequence of the pandemic.

“It requires patience and sacrifice on everyone for the greater good,” said the judge.

Each charge of breaching Covid-19 regulations could result in up to six months’ jail, a fine amounting up to S$10,000, or both./TISG

How to invest in ESG sustainably 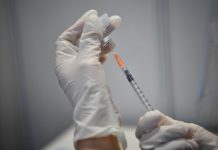 Cancer patients and Covid-19 vaccine: To jab or not to jab? 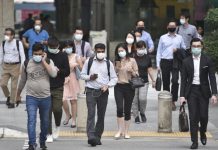 Staggered work hours already the norm at some companies 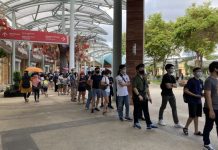 Over 9,600 fines meted out in S'pore for Covid-19 breaches in past year 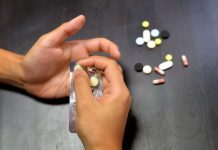 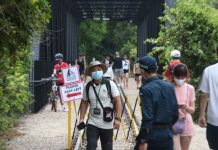 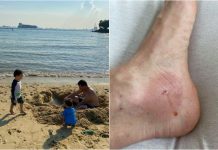 'It felt like a hammer hitting my ankle': Man stung by stingray at Sentosa beach 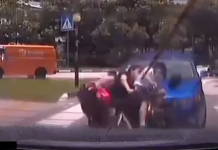 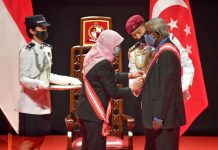 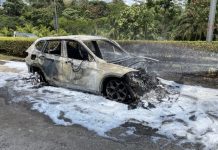 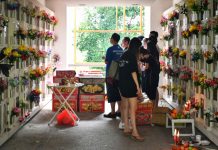