WASHINGTON: As the Senate reconvened to count electoral votes, multiple Republican senators reversed course and said they won’t object to congressional certification of President-elect Joe Biden’s victory.
Their change of heart came after a violent mob stormed the US Capitol earlier Wednesday and interrupted their proceedings. One person was fatally shot.
Senators Steve Daines of Montana, Mike Braun of Indiana and Kelly Loeffler of Georgia all said in light of the violence they would stand down from planned objections to Biden’s win.
Loeffler said that the “violence, the lawlessness, and siege of the halls of Congress” were a “direct attack” on the “sanctity of the American democratic process.”
All three had previously signed on to Trump’s false claims of widespread voter fraud to explain his defeat. Loeffler has just days left in her term. She lost her Senate race to Democrat Raphael Warnock earlier Wednesday.

Senate Majority Leader Mitch McConnell said Congress “will not be deterred” in confirming the results of the presidential election hours after supporters of President Donald Trump stormed the US Capitol.
The Republican leader reopened the Senate late Wednesday vowing to finish confirming the Electoral College for President-elect Joe Biden.
It was interrupted earlier in the way when rioters breached the security perimeter and clashed with law enforcement before disrupting Congress’ tallying of the Electoral College votes. One person was fatally shot.
McConnell said demonstrators “tried to disrupt our democracy. They failed.”
Trump has repeatedly told his supporters that the November election was stolen from him, even though that is not true. He reiterated the claim in a video filmed as his demonstrators were storming the Capitol.

Republican Sen. Mitt Romney also blamed Trump for inciting a violent “insurrection” at the Capitol.
Romney, the GOP’s 2012 presidential nominee and a frequent critic of Trump’s, said the violent breach of the Capitol on Wednesday was “due to a selfish man’s injured pride and the outrage of his supporters whom he has deliberately misinformed for the past two months.″

‘Domestic terrorism’
The Republican National Committee said it strongly condemned the violence at the Capitol, adding that the violent scenes “do not represent acts of patriotism, but an attack on our country and its founding principles.”
The RNC is responsible for developing and promoting the Republican political platform. Its statement condemning the violence came hours after Trump baselessly complained that the election was stripped away “from great patriots.” He went on to tell them to “go home with love & in peace.”
The group’s communications director, Michael Ahrens, said, “What happened today was domestic terrorism.”
He said to see the US flag used “in the name of unfounded conspiracy theories is a disgrace to the nation, and every decent American should be disgusted by it.”
Trump had encouraged his supporters to come to Washington to fight Congress’ formal approval of President-elect Joe Biden’s victory over him, citing false claims of voter fraud. He held a rally earlier Wednesday and urged his supporters to march to the Capitol, telling them to “get rid of the weak Congress people.”

Trump to blame
Senate Democratic leader Chuck Schumer said President Trump “bears a great deal of the blame” for the mob assault on Capitol.
As the Senate reconvened to count electoral votes that will confirm Democrat Joe Biden’s win, Schumer said that Jan. 6, 2021, will “live forever in infamy” and will be a stain on the democracy.
Schumer said the events “did not happen spontaneously.”
He said Wednesday: “The president, who promoted conspiracy theories that motivated these thugs, the president, who exhorted them to come to our nation’s capital, egged them on.”
Trump has falsely claimed that there was widespread fraud in the election to explain away his defeat.
Schumer says the protesters should be prosecuted to the fullest extent of the law.
Former President Barack Obama said history will rightly remember the violence at the Capitol as a moment of great dishonor and shame for the nation.
Obama said the violence was “incited by a sitting president” who baselessly lied about the outcome of the presidential election.
Former President Bill Clinton says the attack on the US Capitol was fueled over four years of “poison politics” and lit by President Donald Trump.
He wrote, “The match was lit by Donald Trump and his most ardent enablers, including many in Congress, to overturn the results of an election he lost.”
Former Defense Secretary Jim Mattis, who resigned in protest over Trump’s Syria policies, blamed the president for the violence at the US Capitol.
In a sharp rebuke, Mattis said the violence was fomented by Trump, who has used the presidency “to destroy trust in our election and to poison our respect for fellow citizens.”

Resignations
Stephanie Grisham, chief of staff and press secretary for first lady Melania Trump, resigned following the violent protests.
Grisham said in a statement that it was an “honor” to serve the country in the White House and be part of the first lady’s “mission” to help children.
Grisham was one of Trump’s longest serving aides, having joined the campaign in 2015. She served as the White House press secretary and never held a press briefing.
Wednesday’s violent occupation of the US Capitol by the president’s supporters sparked renewed conversations inside the White House about mass resignations by mid-level aides who are responsible for operations of the office of the president.
Two people familiar with the conversations said the aides were torn between fears of what more would happen if they left and a desire to register their disgust with their boss. They spoke on condition of anonymity to discuss internal matters.
New York Gov. Andrew Cuomo said he was sending 1,000 members of the state’s National Guard to Washington, D.C., to help “the peaceful transition of presidential power.”
Cuomo, a Democrat, said 1,000 troops would be sent for up to two weeks at the request of US National Guard officials. It comes after a mob of President Donald Trump’s supporters rampaged through the US Capitol.
Cuomo said in a statement Wednesday: “For 244 years, the cornerstone of our democracy has been the peaceful transfer of power, and New York stands ready to help ensure the will of the American people is carried out, safely and decisively.”
They will join law enforcement from Virginia, Maryland and New Jersey who are also coming to D.C.’s aid. 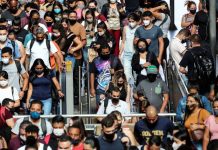 Bilahari Kausikan on violence in Washington DC: Idealism and idiocy 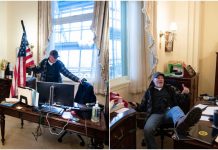 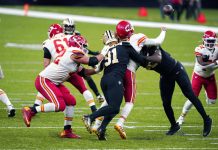 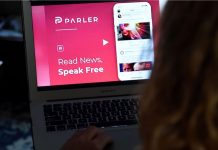 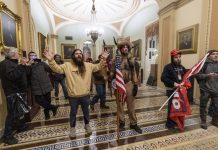 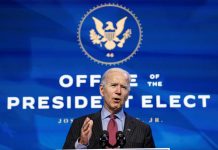 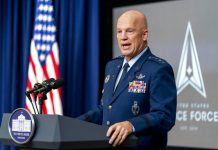 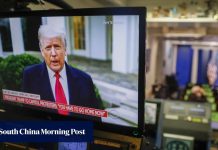 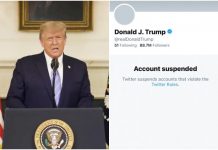 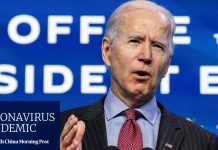 Coronavirus: Joe Biden vows trillions of dollars of economic relief will be unveiled next week