Joe Biden is expected to call Saudi Arabia’s King Salman on Wednesday, as his administration prepares to release an unclassified intelligence report that many experts expect will name the royal’s son and heir as complicit in the grisly murder of Jamal Khashoggi.

Biden’s plan to call to the 85-year-old ruler was reported on Tuesday night by Axios.

The decision comes as the White House is facing calls by human rights activists and Saudi dissidents to “strike a blow” against Saudi human rights violations with new sanctions that they say could help rein in Crown Prince Mohammed bin Salman’s crackdown on dissidents and turn the page on the Trump administration’s “embrace of despots”.

Media reports have in the past said that US intelligence agencies had a medium- to high-degree of confidence that the crown prince and de facto ruler was responsible for ordering Khashoggi’s killing in the Saudi consulate.

“The release of the report is a long awaited step that must be accompanied by accountability to ensure that this barbaric crime doesn’t happen again,” said Khalid Aljabri, a Saudi who is living in exile in Canada and is the son of Saad Aljabri, a former senior official and aide to Mohammed bin Nayef, the former crown prince who is now in jail.

“Toothless sanctions by the Trump administration didn’t deter MBS from going after others. The Biden administration must take more effective steps by sanctioning senior officials and political figures, institutions and entities that contributed to the murder,” he said.

Jake Sullivan, the White House’s national security adviser, said last week in an interview on CNN that the administration was preparing to accompany the release of the classified report in the 2018 murder with a “further answer” by the administration that will hold individuals accountable for the crime. It is far from clear what kinds of actions Sullivan had in mind.

Before last year’s presidential election, Biden said Saudi Arabia deserved to be treated as a “pariah” for its murder of Khashoggi – a critical voice against the Saudi government – and for Prince Mohammed’s targeting of critics . But some analysts now predict that the administration will have to take more measured steps.

“I don’t think they can sanction MBS personally, but you could see steps against state-owned enterprises and perhaps limits on the PIF [Saudi sovereign wealth fund] investments in the US. They could also issue a statement that we will not deal with MBS as head of state, which has already been said,” said Kirsten Fontenrose, director of the Scowcroft Middle East Security Initiative at the Atlantic Council.

In an opinion piece on CNN this week, Abdullah Alaoudh, the DC-based professor and son of a prominent Saudi cleric and political prisoner who is facing the death penalty in Saudi, and Michael Eisner, a former State Department lawyer, called on the administration to implement “targeted sanctions” that would pressure the Saudi government to lift travel bans on dissidents and their families.

“Such a measure would signal to the Saudis and the world that the US stands firmly on the side of civil society and has turned the page on the Trump administration’s policy of embracing despots,” they said.

The pair also said the Biden administration could take a “small but significant step” by instituting a bar on entry into the US of Saudi leaders, targeting the Saudi Royal Court and interior ministry.

“The Biden administration should move to apply the exact same Magnitsky Act sanctions – including a travel ban and freeze of his assets – that the US applied to his 17 accomplices for the murder of Khashoggi,” said Sarah Leah Whitson, executive director of Democracy for the Arab World (Dawn).

While most experts say it is unlikely, a move to sanction “MBS” directly could have profound implications for his future as heir to the throne.

Some analysts point out that even if Biden sought to challenge the prince, it is not clear who might step in Prince Mohammed’s shoes following a campaign in Saudi Arabia to silence or imprison his most likely political rivals.

Agnes Callamard, the outgoing special rapporteur on extrajudicial killing for the United Nations, who investigated the Khashoggi murder, said that targeted sanctions against Prince Mohammed’s personal assets and bank account ought to be ordered as a “minimum” if intelligence showed the crown prince ordered or incited the crime. She added that Biden ought also to exert pressure on the Saudis to identify the location of Khashoggi’s remains, allow for Khashoggi’s children to leave Saudi if they wish, and, if evidence suggests he ordered the killing, freeze Prince Mohammed’s diplomatic engagements with the US.

“Banishing the persons responsible for ordering the killing of Jamal Khashoggi from the international stage is an important step towards delivering justice to Jamal Khashoggi,” Callamard said. 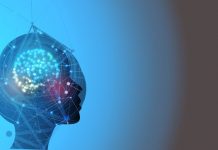 Move to ban pro-Kurdish party would ‘undermine democracy’ in Turkey: US 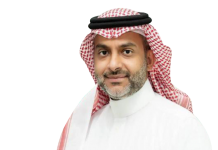 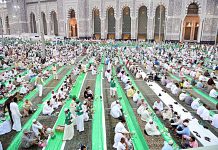 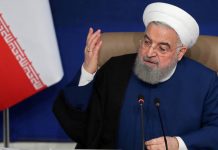 Iran regime leaders turn on each other 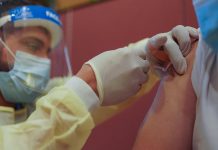 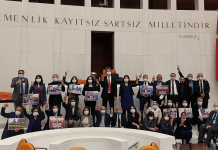 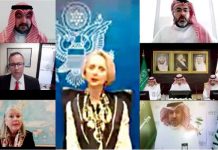 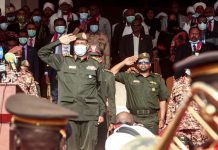