JPMorgan Chase CEO Jamie Dimon and other American business leaders called for an end to the violence at the U.S. Capitol and asked President Donald Trump and others to step up.

The head of the biggest U.S. bank by assets “strongly condemned” the rioting in Washington, where thousands of the president’s supporters charged the Capitol on Wednesday.

“This is not who we are as a people or a country,” Dimon said in a statement. “We are better than this. Our elected leaders have a responsibility to call for an end to the violence, accept the results, and, as our democracy has for hundreds of years, support the peaceful transition of power.”

While Dimon’s statement did not specifically mention the president, remarks from the Business Roundtable, a group of executives to which he belongs and has led, specifically called on Trump to intervene.

“The chaos unfolding in the nation’s capital is the result of unlawful efforts to overturn the legitimate results of a democratic election,” the organization said. “The country deserves better. Business Roundtable calls on the President and all relevant officials to put an end to the chaos and to facilitate the peaceful transition of power.”

Other leaders in finance and technology spoke up. Goldman Sachs CEO David Solomon said that Americans need to “begin reinvesting” in democracy and rebuilding U.S. institutions.

“For years, our democracy has built a reservoir of goodwill around the world that brings important benefits for our citizens,” Solomon said in a statement. “Recently, we have squandered that goodwill at a rapid pace, and today’s attack on the U.S. Capitol does further damage. It’s time for all Americans  to come together and move forward with a peaceful transition of power. “

Sundar Pichai, CEO of Google parent company Alphabet, said in a statement that “lawlessness and violence” at the Capitol were the “antithesis of democracy.”

Wells Fargo CEO Charlie Scharf said that the “behavior in Washington, D.C. today is unacceptable and completely undermines who we are as a nation.” He called for an “immediate end to this violence.”

Bank of America CEO Brian Moynihan had this statement: “Today’s appalling events in our nation’s capital underscore the urgent need for all Americans to unite behind one of our most cherished principles:  the peaceful transfer of power that has happened without interruption since our country’s founding.”

Citigroup CEO Michael Corbat also weighed in, saying he was “disgusted” by the rioting but expressed hope for a peaceful resolution.

“While these scenes are very difficult to watch, I have faith in our democratic process and know that the important work of Congress will continue and that people will be held accountable for their actions,” he said in a statement. “I pray this situation can be resolved without further bloodshed.”

Stephen Schwarzman, CEO of the Blackstone Group, said, “The insurrection that followed the president’s remarks today is appalling and an affront to the democratic values we hold dear as Americans. I am shocked and horrified by this mob’s attempt to undermine our constitution.”

Larry Fink, the CEO of BlackRock, the largest money manager in the world, called the attack on the Capitol an “assault on our nation, our democracy, and the will of the American people.”

“The peaceful transfer of power is the foundation of our democracy. We are who we are as a nation because of our democratic institutions and process,” Fink added.

Trump eventually did make a statement asking for order. However, it accompanied more unsubstantiated claims from the president about an election he claims was stolen from him. Trump’s supporters have filed some 60 lawsuits claiming fraud and lost all but one.

Earlier in the day, members of Congress debated challenges brought against individual states as the election certification process moved forward.

“You have to go home now. We have to have peace,” Trump tweeted. “We have to respect our great people in law and order. We don’t want anybody hurt.” 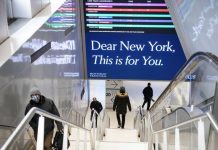 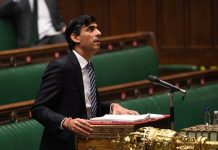 UK's Sunak to update parliament on economy on Monday 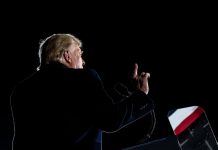 The Most Important Thing Biden Can Learn From the Trump Economy

Solskjaer hopes to have Pogba, Lindelof and Shaw back for Liverpool game 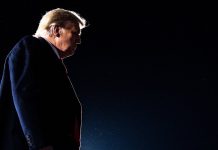 The Business Rules the Trump Administration Is Racing to Finish 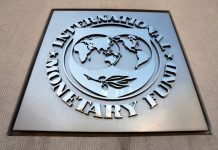 Despite stimulus, fewer than 4 in 10 Americans could pay for an emergency $1,000 expense

Despite stimulus help, fewer than 4 in 10 Americans could pay for an emergency $1,000 expense