Japan’s new prime minister will be Mr Yoshihide Suga, a trusty lieutenant and close confidant of outgoing leader Shinzo Abe who appointed him Chief Cabinet Secretary when he took office in December 2012.

Their political careers have been inexorably linked, with Mr Suga, 71, being the mouthpiece of the government for its policies and shielding Mr Abe when he came under pressure over scandals.

Mr Suga won comfortably in a ruling party election yesterday and, shortly thereafter, pledged to continue Mr Abe’s economic and foreign policies. He also presented himself as a reformist who will tackle inefficiencies.

The change in Nagatacho, Japan’s political centre, will officially take place tomorrow, when the Diet convenes for a three-day extraordinary session.

This comes after Mr Abe, who turns 66 next Monday, suddenly resigned last month over a relapse of ulcerative colitis. The stress-induced chronic digestive condition had already forced a premature end to his leadership once before, in 2007.

Mr Suga, a rare Japanese leader with neither political blood nor faction affiliation, stressed in his victory speech that a political vacuum cannot be allowed during a time of national crisis caused by Covid-19.

“I want to create a government that people can trust,” he said. “I will push ahead with deregulation and put an end to ministry sectionalism, endemic vested interests and the practice of blindly following past precedents.”

He told a news conference that he will prioritise reform-minded people as well as subject experts for his Cabinet ministers, instead of keeping closely to the party’s tradition of horse-trading where Cabinet posts are allocated as a quid pro quo for election backing.

Mr Suga had quickly won the backing of five of the seven Liberal Democratic Party (LDP) factions after he threw his hat into the ring with Mr Abe’s tacit support.

The winner was chosen by 394 LDP lawmakers, who got one ballot each, and the party’s 47 prefecture chapters, which had three delegate votes each.

Mr Suga, who was competing in the LDP leadership race for the first time, was the runaway champion. He won 377 out of the 534 valid ballots cast, or 70.6 per cent of the vote, comprising 288 MP votes and 89 local delegate votes.

TOILING SILENTLY FOR THE COUNTRY

For the past seven years and eight months, I have watched Mr Suga silently sweat and toil for the country.

In last place was former defence chief Shigeru Ishiba, 63, who is competing in the LDP election for the fourth time. His 68 votes came from 26 lawmakers and 42 local delegates.

While the LDP president’s term is for three years, Mr Suga was elected to serve out the remainder of Mr Abe’s tenure, which is due to expire in September next year. Another party leadership vote will be called then.

Mr Abe yesterday said in brief remarks after the electoral outcome was announced that Mr Suga is “indisputably” the best person to take Japan forward. He said, to raucous applause: “For the past seven years and eight months, I have watched Mr Suga silently sweat and toil for the country.”

Mr Suga is expected to name the leadership in the LDP today and his new Cabinet tomorrow.

He inherits an economy that is in recession, battered by Covid-19, and social issues like a rapidly ageing population, as exemplified by the fact that his hometown, Yuzawa city in Akita, is hollowing out. He will also have to steer Japan through geopolitical challenges, amid tensions between the United States and China.

“China is ready to work with the new leader (to) deepen cooperation in the fight against Covid-19, as well as to promote the steady improvement and development of China-Japan relations,” he said. 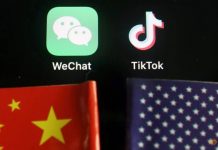 US to ban TikTok, WeChat downloads from Sunday 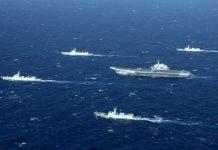 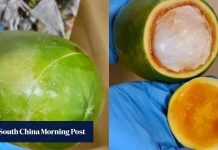 In Singapore, nearly US$91,000 of narcotics found hidden inside papaya fruits 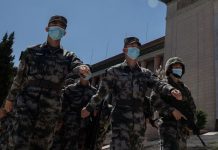 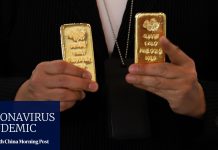 Gold via app: Singapore exchange offers everyone a chance to own as prices skyrocket

Some 1.29 million workers in China internment camps each year 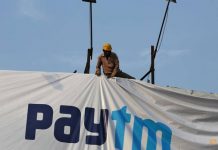 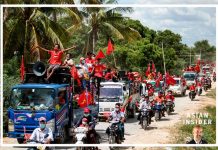 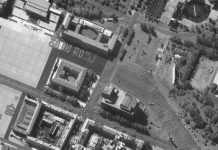 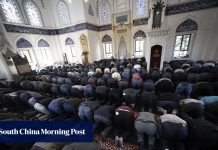 In Japan, plan for dedicated Muslim cemetery in Hiji faces opposition from locals