Like many children in Singapore, my seven-year-old daughter grew up in high-rise, concrete flats and is well-versed in the virtual online worlds of games like Minecraft.

So I was eager to take her, my wife and our 20-month-old toddler to Let’s Go Tour’s Kampong Experience tour, which promised to give a glimpse of what rural living in Singapore is like.

The two hours we spent at Singapore’s last mainland village, Kampong Lorong Buangkok, was a chance to show my Gen Alpha daughters that Singapore was not always the slick, modern city that they grew up in.

It helped that the guided tour was tailored for families with kids. Our bubbly guide Colin kept the children occupied with history lessons on how Singapore’s kampungs gave way to Housing Board flats, bits of trivia on village life and plenty of old-school games that did not involve touchscreens or creating your own virtual avatar.

The kampung off Yio Chu Kang Road has all the modern amenities we are all used to, of course – the 4G connection is just as strong as in any other part of Singapore and one of the houses we went to had two flat-screen televisions in the living room.

Still, my older daughter was impressed that there are families in Singapore who live in wooden-walled and zinc-roofed houses surrounded on all sides by nature.

I thought it would be weird for the residents there to have strangers walk through their village and gawk, but apparently students have been going there for school projects for years.

An elderly Malay lady sitting at her patio waved wordlessly at our group as we passed by. Just another day of tourist-watching, probably.

It rained the whole time we were there so we spent most of the tour inside two of the houses there – both much, much more spacious than your average local flat.

We meet Madam Sng Mui Hong, who owns the land that the kampung sits on. The 68-year-old’s father, traditional Chinese medicine seller Sng Teow Koon, acquired the former swampland in 1956 and leased the land to the families who first settled there.

It is mind-blowing to discover that she rents out each of the 25 houses, home to an almost equal number of Chinese and Malay families, for just $4.50 to $30 a month.

That is a lot less than what I am paying for my Netflix, Spotify and various other streaming subscriptions, I thought to myself.

The walk through the whole kampung was brief, but we did get to see the rich variety of flora, from bamboo and moringa to cocoa and banana trees.

We also got to try a Chinese chestnut fruit that had fallen off one of the trees there – surely a novelty for my daughters who are used to having their fruit come from the neighbourhood FairPrice supermarket.

If you ignored the HDB blocks and multi-storey carpark right next to the village, you could almost imagine being out of Singapore. It felt comforting to hear the rain patter on the roof and chickens clucking outside.

We missed out on the outdoor games that are usually part of the tour because of the weather, but we did get to enjoy “air batu” made by the resident of one of the houses we visited, Madam Maimah Ahmad.

Getting to savour the flavoured ice treats was a highlight for my seven-year-old – what kid could resist sweet, homemade treats?

She was also enthusiastic when Colin engaged her in retro games that Singapore kids used to play in the past – batu selembat, pick-up sticks and stringing rubber bands together for zero-point.

The Kampong Experience Tour is just one of Let’s Go’s many new offerings aimed at the domestic tourism market. Other history-themed ones include one that traces Stamford Raffles’ footsteps along the Singapore River and another that explores the spices, herbs and plants found in Fort Canning.

While the kampung tour was certainly an eye-opener for the kids, I would have loved to spend more time there. If they ever come up with an overnight stay package, we would be one of the first to sign up. 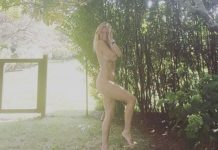 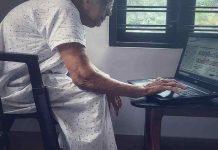 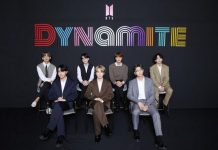 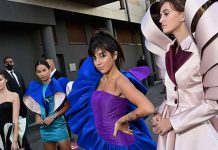 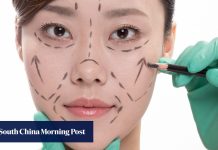 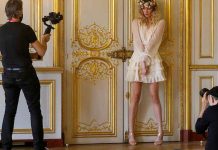 In Paris, a fashion eco-system on edge as shows disappear

STYLE Edit: Rio Tinto’s legendary Australian mine, source of world’s rarest pink diamonds, is closing – but first invited buyers get to bid in... 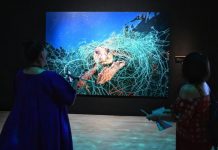 Visitors returning to museums but not at pre-Covid levels; mix of live and digital programmes to stay