King Charles coronation: when will the new monarch be officially crowned?


The longest-serving heir apparent in British history, King Charles officially became the new monarch of the United Kingdom when his mother, the Queen, died on 8 September 2022.

Charles was made heir apparent at just three years old when the Queen ascended to the throne in February 1952. Following the death of the Queen, he has become the oldest person ever to take the British throne at the age of 73.

Although he is already King and has begun his royal duties, his official accession to the throne – the coronation – will be an important symbolic moment in his reign and for the country for which he is now head of state.

When will the coronation be?

Upon the death of the Queen, the crown passed immediately to her heir, Charles, the former Prince of Wales. It means that Charles officially became King when the late Queen died.

It is traditional to “wait until a sufficient time period of mourning has taken place” before crowning new sovereigns, said The Daily Telegraph. In the case of Charles, the coronation is likely to take place in “spring or summer next year”, said the paper, although no official date has been set.

The late Queen’s own coronation took place some 16 months after she became monarch, taking place on 2 June 1953, following her accession on 6 February 1952.

Where will it be?

Since the days of William the Conqueror – some 900 years ago – all monarchs except two have had their coronation held in Westminster Abbey.

The Abbey’s website explains the two exceptions: “Edward V was presumed murdered in the Tower of London before he could be crowned and Edward VIII abdicated 11 months after succeeding his father so was never crowned.”

What will happen during it?

The ceremony has been “years in the planning” under the codename of “Operation Golden Orb”, according to the i news site. Like all coronations, it will be a “deeply religious affair” but is also expected to be “more inclusive of multi-faith Britain than past coronations” while remaining an Anglican service.

It is also likely to be a “slimmed-down” coronation, with King Charles wishing to “avoid extravagance while ordinary people struggle with the cost of living crisis”, said The Independent. The new monarch is said to be keen to “demonstrate his understanding of the problems facing ordinary members of the public” by holding a “relatively modest ceremony”.

The coronation itself will include many of the ceremonial details experienced by Queen Elizabeth II, including the coronation oath, which is required by law, as well as “anointing with consecrated oil, the delivery of the orb and the enthroning itself”.

And just as at the late Queen’s coronation, the King will be crowned with St Edward’s Crown, made of “solid gold” and featuring “over 400 gemstones, including rubies, garnets and sapphires,” said The Telegraph.

But it will be a significantly smaller affair than the Queen’s 1953 coronation. Then, more than 8,000 guests from 129 nations travelled to Westminster Abbey to see the Queen crowned. This time only 2,000 guests will see Charles officially crowned to “accommodate health and safety restrictions”, said the paper.

Commonwealth leaders could also be told they do not need to attend in order to cut the number of aircraft heading to London for the ceremony, with the King said to be hoping for a “low carbon” coronation, according to a report in the same paper.

How much will it cost?

With a smaller, shorter and less extravagant ceremony planned, King Charles’s coronation is likely to cost less than the late Queen’s coronation, which according to Sky News cost “£1.57m – the equivalent of £46m today”.

As a coronation is a state occasion, “the government pays for it, and chooses the guest list”, notes The Guardian. Royal weddings, on the other hand, are largely paid for by the Royal Family.

How can I watch the coronation?

The Queen’s own coronation was broadcast to an estimated 20 million people, with the ceremony being “the first time cameras were placed inside Westminster Abbey”, said TimeOut.

Although there are few details yet on King Charles’s coronation, “it will no doubt be broadcast live around the world”, said the magazine.

Will there be a bank holiday?

According to i news, the coronation is “very likely” to be declared a bank holiday, just as the Queen’s state funeral was, and as is typically the case for major royal events such as the Queen’s Platinum Jubilee last year. 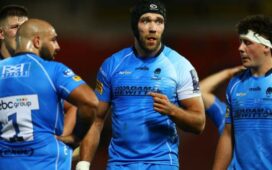 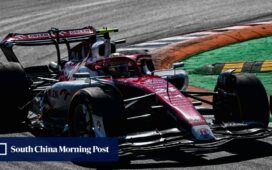