Formula 1 teams and personal gizmos seem like unlikely team-ups and yet they exist. British motor racing outfit McLaren is no stranger to partnering with tech brands, having collaborated with OnePlus for special edition smartphones.

While that partnership has since fizzled out, McLaren managed to latch on to another brand: Klipsch. The result? A set of workout headphones that scream racing aesthetics, what with the neon orange trim and carbon fibre colour scheme.

They won’t make you run faster though. More on that later.

After making its wireless earbuds debut last year with their T5 True Wireless, Klipsch has since unveiled not one, not two, but three new models as successors: the T5 II ($299), the T5 II Sport ($349), and the T5 II Sport McLaren Edition ($399).

The new earbuds have been revamped to address the qualms of last year’s T5, which had issues with fit and comfortability. What they’ve done this year is redesign the earbuds’ shape, incorporate a shorter nozzle, and making them about 25 per cent smaller. They’re not awkwardly jutting out of your ears as they did before. 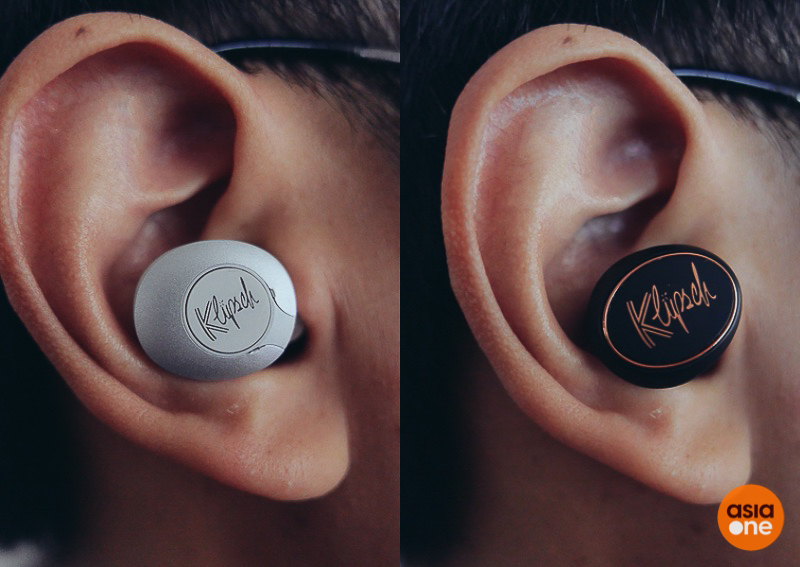 The differences between the three models lie mostly in the accessories that come with each package. The basic T5 II comes with the striking Zippo lighter-esque charging case that people love from the last generation, and it’s still as satisfying to snap the lid shut. 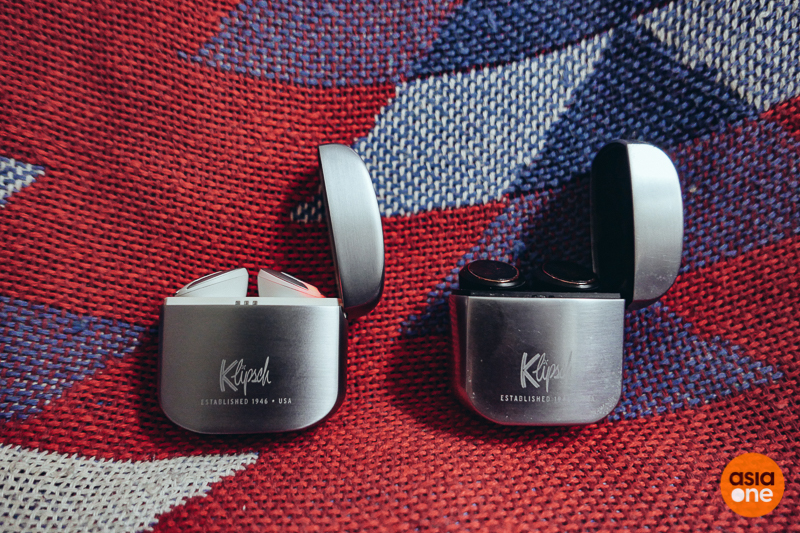 Marketed towards gym rats and running fiends are the T5 II Sport and the T5 II Sport McLaren Edition. Both come in rugged dust and watertight cases fitted with a moisture removal system on the inside — a practical solution to keep the buds dry after a long, sweat-filled workout sesh.

Having moisture absorbing crystals rattling within the case took some time to get used to, and apparently they need to be reactivated once in a while by heating up the crystal-filled pod in a microwave oven. It’s neat. 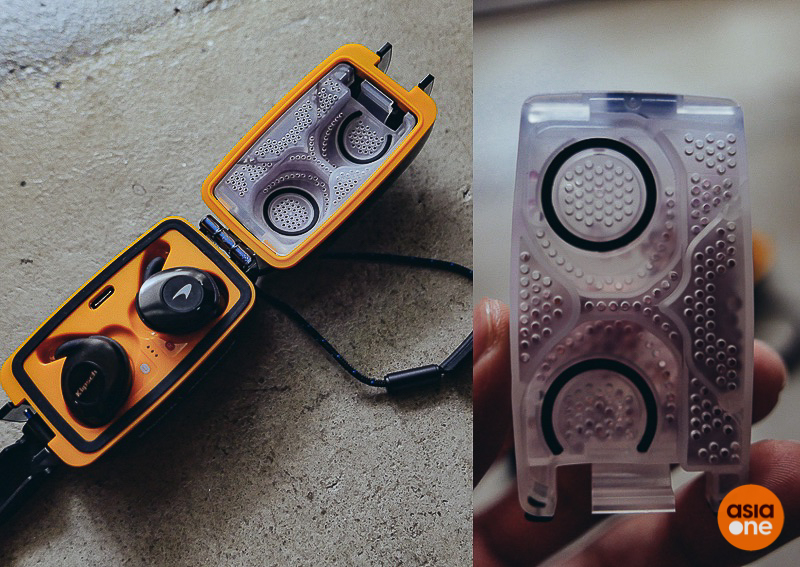 The contrasts between the standard T5 II Sport and the McLaren version are negligible, really. Either way, you’re still getting the same earbuds, three sets of ear fins, extra ear tips (including a pair of memory foam ones), and the same massive wireless charging case that you can’t fit in your pocket unless you like big bulges in your pants. 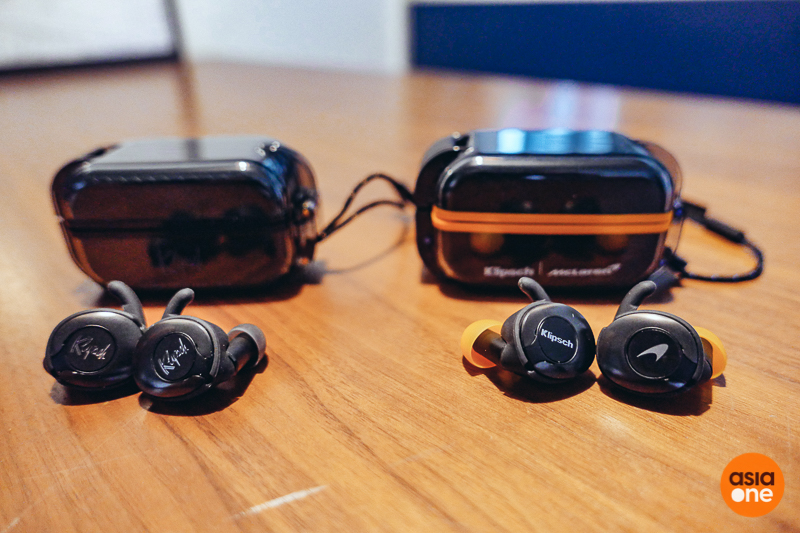 The McLaren version of the sports earbuds, however, cost a wee bit more, and for that, you get to enjoy the racing team’s signature colour scheme (“papaya orange” apparently) and a wireless charging pad. Aesthetically, it just looks pretty badass regardless of whether you give a hoot about Formula 1 or not.

Even if you do, don’t expect the McLaren earbuds to give you an extra edge when you gotta go fast. Having worn the buds for a total of 25km worth of running, I can safely say that they fit better in the ears during workouts than Klipsch’s last iteration — but they’re still not the best out there. 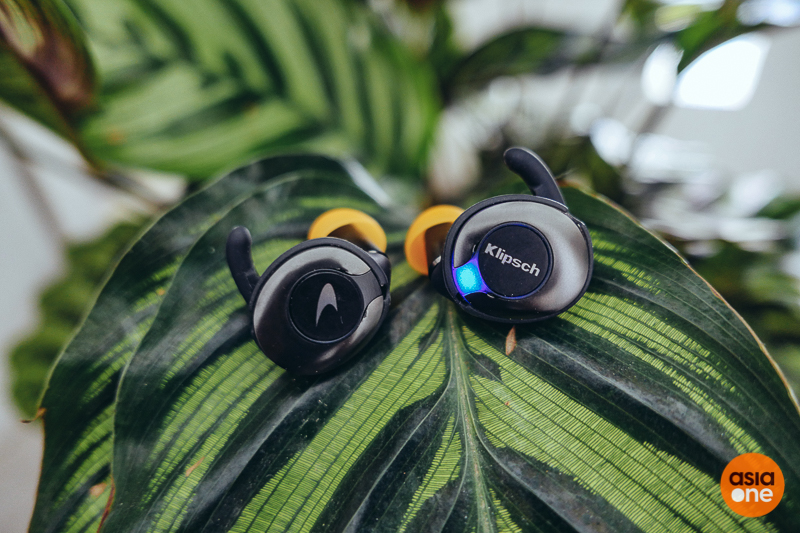 Awkward fit has been an issue the last time around and the redesign has largely improved the situation, even if the buds only sit loosely on the ears, unable to create a tight seal. That’s without fitting on the provided ear wings, though.

Klipsch included three pairs of them in various sizes which can be wrapped pretty easily around the buds, though I had to fiddle with them for a bit before they get into the correct position.

For sure, the ear wings secured the buds from falling off even during the most strenuous of burpees. What I noticed during runs, however, is that the immersion of listening to music and podcasts is often broken because these buds just can’t create a proper seal, making it feel like they’re just resting right outside my ear canal. One of those so-near-yet-so-far sorta things. 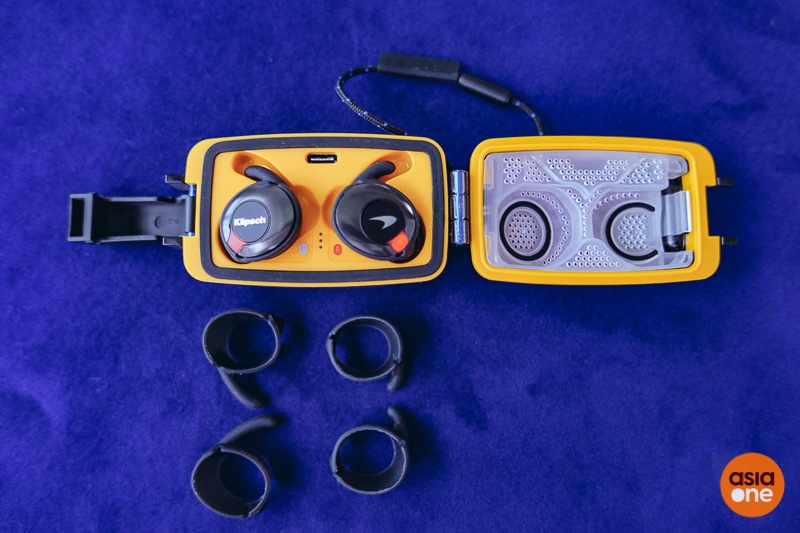 It’s actually pretty great if you prefer to let in some environmental noise while working out (always good to hear cyclists rolling up from behind) but isn’t that why the earbud’s transparency mode exists? To let people listen in to their surroundings without removing the buds from their ears?

So far in all my tests and constant change-ups of silicone ear tip sizes, transparency mode doesn’t make much of a difference if it’s switched on or not. As someone who loves total sound isolation while running (dangerous, I know), it’s a bit of a bummer, especially since there’s a lack of Active Noise Cancellation. Funnily enough, while wearing F1-themed earbuds, I’m actually slowing down periodically to manually adjust them in a constant bid to get a better seal. 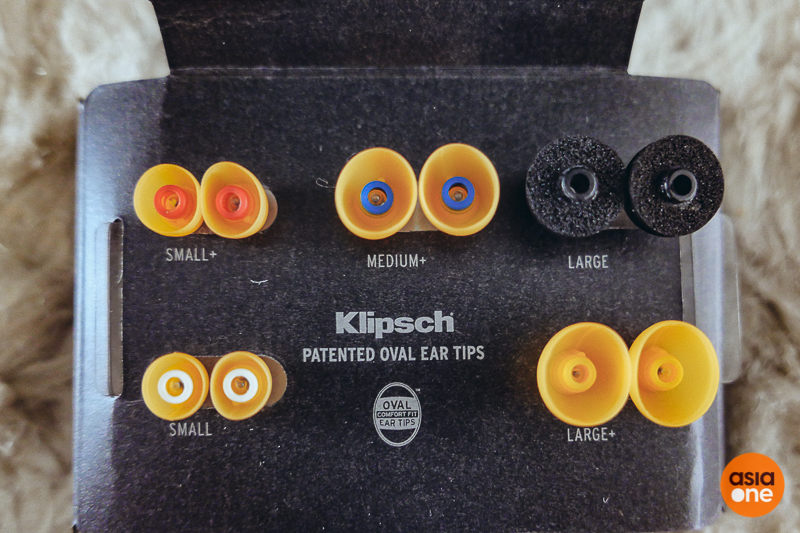 But how’s the sound? Klipsch excels in that department once you switch to the foam ear tips. The audio quality here has improved from the 2019 iteration of the earbuds, which already set a high bar. There seemed to have been a shift of focus to being more bass-heavy — things got real boomy when I put on The Plan, Travis Scott’s Tenet contribution.

Even on softer tunes like James Blake’s cover of Frank Ocean’s Godspeed, it could get a bit bass-heavy though the vocals remained crisp and other mid-range layers stayed distinct. Sound preference is subjective of course, and thankfully Klipsch has already launched its Klipsch Connect app for easy adjustment of custom EQ levels. 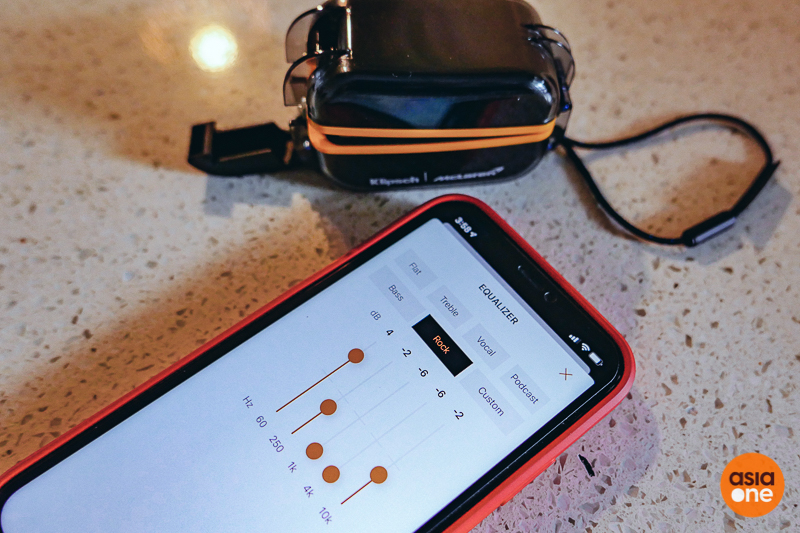 The improvements made to the buttons of the T5 II buds are much appreciated, as it doesn’t feel like you’re poking the ear tips deeper into the ear canal every time you want to tap pause or hold it down to adjust the volume. Battery life, on the other hand, remains the same as before: 8 hours on a single charge and up to 24 additional hours with the charging case. No complaints there.

Is the T5 II Sport McLaren Edition the “best sounding most comfortable earphones on Earth” like what the marketing spiel proudly declares?

Not quite, especially at that price point — but at least we now know Klipsch is listening to feedback and making changes for the better. Even if it’s not the best wireless earbuds in the market, it would probably be safe to say it’s the best F1-themed ones that $399 can buy.

Here’s where things stand with the messy TikTok deal

Google services, including Gmail and Meet, hit by hour-long outage on Sept 25 morning

Apple said to hold an iPhone event on Oct 13 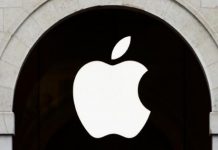 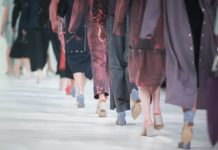 Pinterest's 400 million users to get access to Fashion Week shows 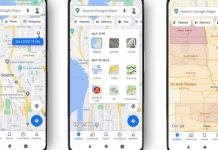