KUALA LUMPUR, Dec 4 — Police will not be requesting for a post mortem to be carried out on Korean actor Cha In Ha.

Quoting Seoul’s Suseo police spokesman, Korean pop culture site Allkpop reported that this was also in line with the request from Cha’s family.

“We do not have any specific details to share regarding Cha In Ha’s passing. We will not be performing an autopsy, per his family’s wishes.

“No will or final message was discovered at his home. We do not have any information to give regarding his cause of death,” the website quoted the spokesman as saying,

In a related development, Cha’s agency announced that the 27-year-old’s funeral will be held in private.

It also asked the public to refrain from any speculative posts or rumours out of respect to the family of the deceased.

The rookie actor was found dead on Monday afternoon local time by his manager.

Cha made his debut two years ago as a member of an actor boy group called Surprise U and has starred in dramas such as The Banker and Miss Independent Ji Eun 2.

The actor recently acted alongside Oh Yeon-seo and Ahn Jae-hyun in drama Love With Flaws that is being aired on South Korea.

His death came less than two weeks after K-pop star Goo Hara, 28, and the third to hit the headline after another K-pop star Sulli, 25, was found dead on October 14.

READ  The Khiladi plays on

Despite progress, black film directors still struggle to break through

Tom Hanks helped to pay for parts of Forrest Gump

Dax Shepard relapses after being sober for 16 years

Bill Murray, the Doobie Brothers and those 'ugly' golf shirts 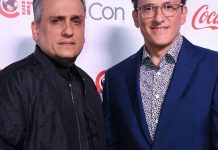 Urban design explained: the signs, the symbols, the mysterious objects, and why LED panels have replaced the glow of neon 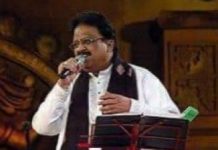 Farewell to the sweet Prince of Song: My breakfast with Balu sir