KUANTAN, January 8 — Kuantan Municipal Council (MPK) is urging residents of the People Housing Project (PPR) to take better care of their facilities after a man was caught on camera using the flat’s lift — for his motorcycle.

MPK shared several closed-circuit television (CCTV) screenshots from Pak Mahat PPR on their Facebook page where a man can be seen waiting by the lift with his motorcycle.

In the post, MPK has expressed their disappointment as the lift has been fixed repeatedly before but always ended up inoperative, which could pose a danger to the public.

“No wonder the lift at Pak Mahat’s Flat is always inoperative, vandalism amongst irresponsible residents has got to the point where even a motorcycle was brought into the lift.

“Even though it has been fixed plenty of times before, but it will malfunction again,” the post stated.

“This is a burden and a danger to senior citizens, sick residents, children, pregnant mothers and to people with special needs.

“These people (vandals) seem like they don’t care about others’ safety at all and they’re ungrateful with all the facilities provided to them.”

In a separate Facebook post, MPK had also taken the chance to explain to the public on how bringing in a motorcycle into the lift could damage it after some people argued that the vehicle is not that heavy.

It explained that normal lifts used in PPR’s including the one in Pak Mahat’s PPR is categorised as a passenger lift and isn’t built to carry heavy loads or vehicles unlike cargo lifts or service elevators.

MPK also gave some examples of the physical damages that a motorcycle could’ve done if it were to be brought into a passenger lift.

Physical damages include denting walls of the lift which can be caused by the motorcycle’s tyres or handle.

The lift’s floor can also be damaged as a result from the motorcycle entering and exiting the lifts while the door sensors would also risk malfunctioning whenever the motorcycle hits the lift’s door.

The lift’s door seal can also ‘bend’ whenever a motorcycle hits the lift’s door, which can result in it being unable to close properly thus disabling the whole lift’s function.

“So it is only proper for residents to appreciate and take care of these facilities as well as they can.”

The MPK post has garnered over 700 likes on Facebook and has been shared over 200 times since it was posted. 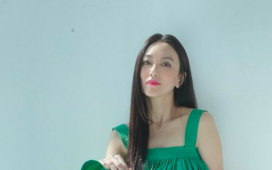 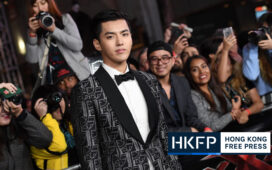