The MP for Tottenham said he considered entering into the race to replace Mr Corbyn following Labour’s disaster general election defeat, but now said he would rather support a candidate better able than he would be to do the job, The Independent reports. He suggested he was too anti-Brexit to be able to win back Leave voters in Labour heartlands scooped up by Boris Johnson’s Tories last month, resulting in the breaking down of the so-called red wall dividing the north. Mr Lammy said he wanted to make a “full contribution” to help find the best candidate for running the embattled party.

He added that he believed he should “be part of the heavy lifting to get this party back into power” and would “think seriously” about running for the top spot.

He then laid into Brexit.

He said: “I believe Brexit is an historic mistake, which is why I voted against Article 50 and was the first MP to call for a referendum on any Brexit deal. I deplore the rising xenophobia that has occurred in the wake of [the] 2016 [referendum] and the populist nationalism that is being whipped up by a once mainstream political party led by Boris Johnson.

“I am emboldened by the many people who share my view and have been humbled by the many members of the Labour Party and the wider British public who, over the past weeks, have sent messages, emails and tweets encouraging me to stand as a candidate to be the next Labour leader.

“A key role for the next Labour leader is to win support from and foster unity between different vociferous factions of our party, so that we can win back the trust of our country. I am not the individual best placed for this role at this time.”

He added: “However, overcoming polarisation does not mean abandoning principles. I look forward to making a full contribution to this project of coming together and will back whichever candidate I judge to be most capable of leading it.”

An exclusive poll by The Independent suggested Mr Lammy was the fourth most popular choice for the role of Labour leader.

Labour will receive a new leader in 2020, following Jeremy Corbyn’s announcement he would stand down after a disastrous December election for the party.

READ NOW: Why did Trump not tell Johnson about deadly Soleimani attack? [NEWS]

Close behind him is Rebecca Long-Bailey, a close ally of Mr Corbyn and John McDonnell, who is on odds of 4/1 to become Labour’s first female leader.

Mr Corny announced he would stand down in March, triggering the contest, which came after Labour suffered the worst election defeat since before the start of the Second World War.

Their majority dropped to 203 while the Tories’ majority surged to 80.

'They find you and shoot you': Chechens in fear after third Kadyrov critic killed 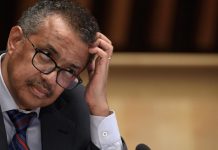 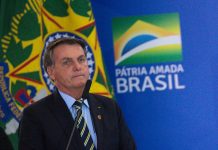 Italy could ‘section’ people who refuse treatment for Covid-19 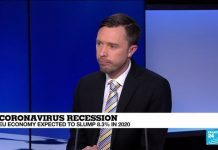 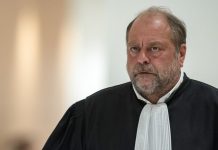