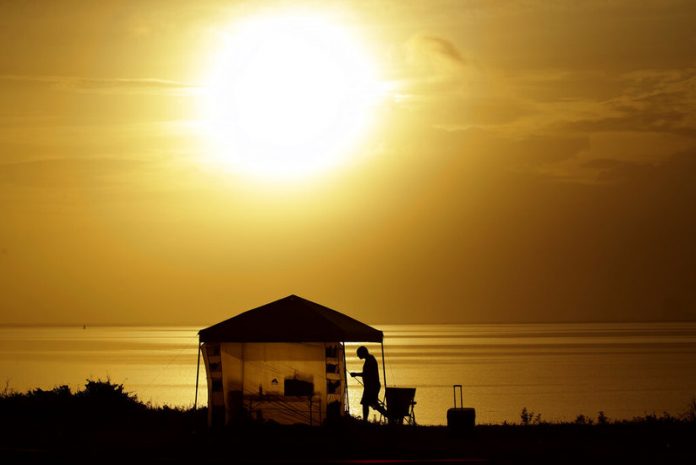 TITUSVILLE, Fla. (AP) — After dodging downpours and a tornado only days earlier, Neil Wight was back at a public park Saturday hoping that rain again wouldn’t prevent two NASA astronauts from being launched into space.

The first launch attempt by SpaceX on Wednesday was scrubbed with just 17 minutes left on the countdown clock, and there was only a 50-50 chance of good weather on Saturday.

A machinist from Buffalo, Wight drove 20 hours from Buffalo in upstate New York earlier in the week. The launch was a way to bring people together in an era of pandemic and unrest in cities this week, he said.

“With everything that’s going on in this country right now, it’s important that we do things extraordinary in life,” Wight said. “We’ve been bombarded with doom and gloom for the last six, eight weeks, whatever it is, and this is awesome.”

Wednesday’s scrub disappointed thousands of spectators who had lined up in lawn chairs and under umbrellas and tents to view the first launch with astronauts from Florida in nine years, and the first one by a private company, SpaceX.

Because of the coronavirus pandemic, NASA had tried to discourage people from coming for the launch of astronauts Doug Hurley and Bob Behnken to the International Space Station and had drastically limited employees and visitors inside Kennedy Space Center.

After the scrub, Sarah Bryant, along with her sister, Jen Bryant, and four children between them, decided to rent a RV so they could drive from outside Houston to Florida for the launch. They were on the road for 20 hours, and dealt with a blown tire and a checkpoint at the Florida state line meant to ward off people with coronavirus, before arriving early Saturday.

Sarah Bryant’s 14-year-old son, Brooks, is obsessed with space, and had written out a checklist of all the steps in the launch process.

“We just decided to come and within 24 hours we were on the road,” said Jen Bryant.

As enthusiastic fans of SpaceX, Alexis Mesnjak and Dominque Gallery know watching a rocket launch can take some patience. After Wednesday’s launch was called off, they didn’t think twice about coming back on Saturday.

“We get another day of sitting outside and waiting and the excitement builds up,” Mesnjak said. Turning to her friend, she asked, “Are you going to be sad waiting around for another day for it to get off?”

“Absolutely not,” said Gallery, who was attending her first launch in person. 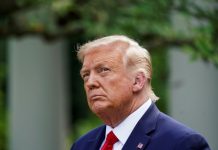 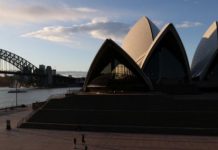 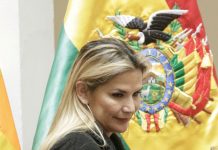 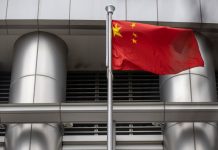 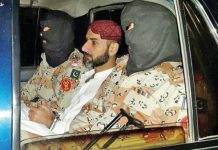 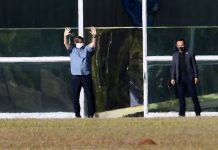 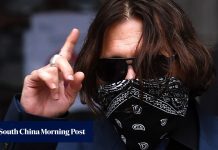 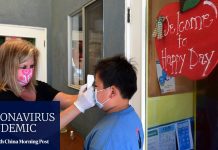 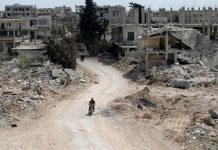 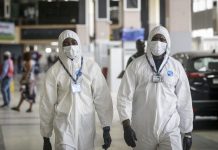