SINGAPORE – Despite not having a valid practising certificate, a bankrupt lawyer pretended to a client that she was authorised to represent the woman in a care and custody dispute.

Ms Helen Chia Chwee Imm later borrowed $60,000 from the client and her family on the pretext of annulling the bankruptcy, and continued to pretend that she was handling the custody case personally.

On Tuesday (Aug 2), Ms Chia, who was called to the Bar in 1999, was struck off the roll by the Court of Three Judges.

The court found that her false representation to the client that she had her bankruptcy annulment “sorted” – which implied she could hold a practising certificate – amounted to dishonesty,

The fact that Ms Chia continued to create the false impression that she was attending to the client’s matters revealed a defect of character rather than a lapse of judgment, said the court.

Between Dec 17, 2016, and May 30, 2018, Ms Chia did not have a valid practising certificate because she was an undischarged bankrupt.

Despite this, she met the client on Dec 19, 2016, for a first consultation over the care and custody of the woman’s son.

Following the meeting, they exchanged e-mail and text messages, and the client engaged Ms Chia’s firm to act for her on Aug 31, 2017.

Ms Chia advised the client, drafted letters to the opposing party, and prepared court documents for the care and custody case.

On Dec 18, 2017, Ms Chia told the client for the first time that she was an undischarged bankrupt and could not appear in court or attend an upcoming mediation session with her.

The client was alarmed but felt trapped as Ms Chia had been advising her for the past few months.

Around this time, Ms Chia borrowed $40,000 from the client, ostensibly for the purpose of discharging her bankrupty.

The client lent her the money in the expectation that it would enable Ms Chia to get her practising certificate in time to attend the mediation with her.

Ms Chia’s bankruptcy was eventually annulled on May 22, 2018, and she obtained a valid practising certificate on May 31, 2018.

The client discharged her on Sept 21, 2018, and engaged new lawyers to handle the care and custody matter. She lodged a complaint to the Law Society against Ms Chia in September 2019.

In October last year, a disciplinary tribunal found Ms Chia guilty of two misconduct charges – one for falsely representing herself as a practising lawyer and one for borrowing the $60,000.

Under professional conduct rules, lawyers are prohibited from borrowing from their clients, without them seeking independent advice.

The tribunal found that Ms Chia’s misconduct was serious enough to be referred to the court, which has the power to suspend or disbar lawyers.

Ms Chia, who represented herself, sought a suspension and apologised for her wrongdoing. 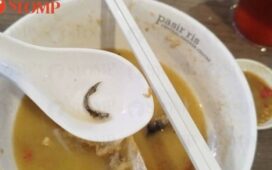 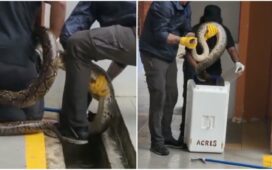