Lee Chong Wei among greatest 8 of all time, says Hariyanto


PETALING JAYA – They may not have crossed paths as players, but to Indonesian legend Hariyanto Arbi, Lee Chong Wei is one of the greatest badminton players ever.

The 48-year-old, the 1995 world champion and four-time Thomas Cup winner, revealed his admiration for Chong Wei by rating him as one of the world’s eight greatest men’s singles shuttlers of all time.

“Although he never became a world or Olympic champion, Chong Wei is not any inferior (to other world’s best) in my opinion. Quality wise, he’s top notch,” Hariyanto told Indonesian daily Jawa Pos.

“He is such a highly technical player and he’s so agile. Even when he finds himself in an awkward position at the back of the court, he’ll always recover because of his quick feet. And from a defensive position, he can switch quickly to attack.

“His most special ability is his shot from the baseline. He’s just so good that he could jump and hit a confusing drop shot against his opponent.”

Hariyanto believes Chong Wei still stands tall alongside Lin Dan although the latter accounted for his two Olympics misses – in Beijing 2008 and London 2012 – besides denying him in the final of the 2011 and 2013 World Championships.

“In terms of their game, Chong Wei and Lin Dan are both on equal terms. When it’s so finely balanced, it all boils down to the mental game,” said Hariyanto.

“When one player tends to lose to a certain opponent, he’s bound to be affected.

“From my own experience, it’s difficult not to think about the past record.

“That could be the reason why Chong Wei has never won the Olympics. Nevertheless, he’s a fantastic player.” 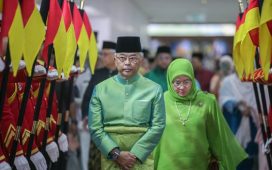 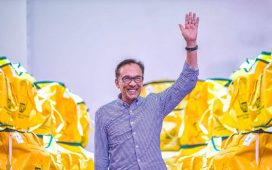