Adults in Luxembourg will be permitted to grow up to four cannabis plants in their homes or gardens under laws that will make it the first country in Europe to legalise production and consumption of the drug.

The announcement on Friday by Luxembourg’s government was said to deliver fundamental changes in the country’s approach to recreational cannabis use and cultivation in light of the failure of prohibition to deter use.

Under the legislation, people aged over 18 will be able to legally grow up to four cannabis plants per household for personal use.

Trade in seeds will also be permitted without any limit on the quantity or levels of Tetrahydrocannabinol (THC), the principal psychoactive constituent.

The government said it would be possible to buy seeds in shops, to import them from abroad or buy them online.

There is also the intention to allow in time for the domestic production of seeds for commercial purposes but plans for both a national production chain and state-regulated distribution have been delayed by the Covid pandemic.

For home-growers, the place of cultivation of their four plants will be limited to the usual place of residence, indoors or outdoors, on a balcony, terrace or garden.

Under a softening of the law, however, the consumption and transport of a quantity of up to 3 grams will no longer be considered a criminal offence, but classified as misdemeanour.

Government sources said the legislation was driven by a desire to liberalise consumption and cultivation “within one’s own four walls”.

The move is the first step of a more fundamental re-regulation of the state’s handling of cannabis designed to keep users away from the illegal market.

A system of state-regulated production and distribution is planned to ensure product quality with revenues from sales to be invested “primarily in prevention, education and healthcare in the broad field of addiction”, government sources said.

The general framework of the overhaul of the law had been agreed two years ago in a coalition agreement between the Liberals, the Social Democrats and the Greens.

Luxembourg will join Canada, Uruguay and 11 US states in flouting a UN convention on the control of narcotic drugs, which commits signatories to limit “exclusively for medical and scientific purposes the production, manufacture, export, import distribution, trade, employment and possession of drugs” including cannabis.

Uruguay became the world’s first country to create a legal national marijuana marketplace when it legalised the drug in 2013, and Canada followed suit in 2018.

In the Netherlands, possibly the European country most associated with a relaxed attitude toward the use of cannabis, its recreational use, possession and trade is technically illegal. It has a ‘tolerance policy’, or gedoogbeleid, under which recreational use is largely accepted within bounds.

Cannabis remains illegal to possess, grow, distribute, sell or grow in the UK. Those caught with the drug face a maximum of five years in prison, an unlimited fine or both. Several police forces have said they will no longer target recreational users and those with less than an ounce (28 grams) can be given a warning or on-the-spot fine.

See also  Coronavirus could cause crash on scale of 2008, Lagarde warns
Share on FacebookShare on TwitterShare on LinkedInShare on Reddit
asianewsdayOctober 22, 2021 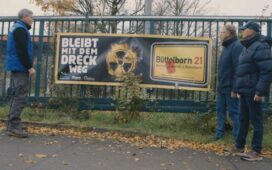 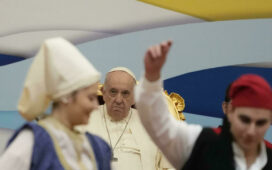 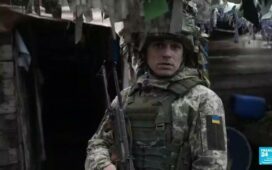