KUCHING: Former prime minister Dr Mahathir Mohamad has come under fire, and described as a hypocrite, for his recent remarks in favour of Sabah and Sarawak being treated as equal partners with West Malaysia.

Political analyst Jeniri Amir said Mahathir was a hypocrite for failing to right the wrong in his two stints as prime minister.

“When he was the prime minister for 22 months under the Pakatan Harapan (PH) government, he failed to do anything but instead, he put pressure on Sarawak.

“Mahathir only spoke about “equal partnership” and fighting for Sabah and Sarawak rights when he was no longer in power. He (Mahathir) is like a “tragic hero”,” said Jeniri.

SUPP youth chief Michael Tiang concurred. He said: “Mahathir should have done something since he was there from the very beginning when Malaysia was formed. He knew everything very well. Malaysia was formed when he was 38 years old. He knows the original spirit of the formation of Malaysia but why didn’t he do anything when he was in power?”

Tiang said Sabah and Sarawak together held less than one-third of the seats in the Dewan Rakyat, unlike in 1963. Sarawak currently has 31 parliamentary seats and Sabah 25 in the 222-seat house.

With less than one-third of parliamentary seats, West Malaysian politicians could simply amend the Federal Constitution, and take away Sabah and Sarawak’s special rights, he said.

“We cannot stop them. So, are we considered equal partners? No way,” he added.

“Don’t tell me he’s (Mahathir) powerless. He had the chance to right the wrong when he was in power as the prime minister. There is no excuse. I am not trying to discredit him but it is indeed a shameful thing,” he said.

Voon Lee Shan, president of opposition party, Parti Bumi Kenyalang, also questioned why Mahathir did not do anything to restore the equal partnership between the peninsula, Sabah and Sarawak.

“When he made a comeback under the (PH government), he could have easily done it by a stroke of a pen in Parliament to repeal the Petroleum Development Act 1974,The Territorial Seas Act and Continental Shelf Act without amending the Federal Constitution but why did he sit on it?” Voon said. 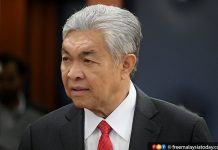 Umno sticks with PN govt, no to PKR and DAP 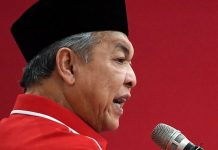 After hours of deliberation, Umno keeps support for Perikatan and rejects cooperation with PKR, DAP 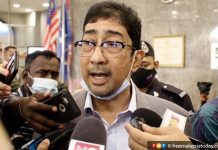 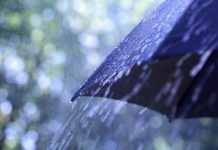 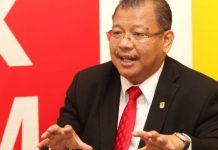 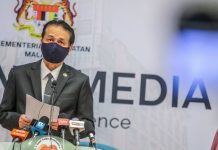 Najib says ‘no DAP’ in proposal to work with Anwar 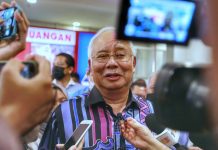 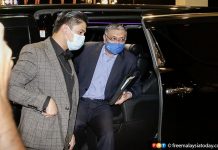 Muhyiddin, Anwar and elections on agenda as Umno meets 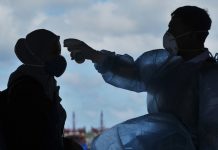