KAPIT, Dec 4 — The people of Sarawak need to make the right choice in the 12th state election to maintain the good relations between the state and federal governments, said Prime Minister Datuk Seri Ismail Sabri Yaakob.

According to him, good ties are important to facilitate dealings between the two governments especially in implementing development for Sarawak residents.

Taking the example of the Second Sungai Yong Bridge costing RM12.6 million located about 15 km from here, Ismail Sabri said it would not be implemented if the two governments have a different focus.

“But the people of Sarawak have made the right choice when voting for the same state government in the 11th state election.

“And I am more at ease and it also makes by my job easier as Sarawak Chief Minister Abang Jo (Tan Sri Abang Johari Abang Openg) is my friend. As such, I hope the people would not make the wrong decision, for many more which need to be approved may not be implemented if the state administration is different from the central government,” he was speaking at a People With Leaders session at Kapit Town Square here today. — Bernama

See also  As Muhyiddin gets ready to take over, a divided country awaits
Share on FacebookShare on TwitterShare on LinkedInShare on Reddit
asianewsdayDecember 4, 2021 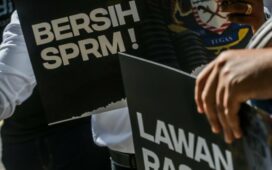 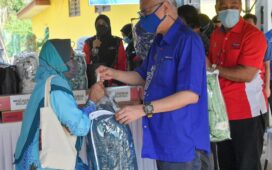