Former Malaysian prime minister Najib Razak ’s last-ditch attempt to overturn his prison conviction in a case tied to the 1MDB financial scandal kicked off on Monday (Aug 15) with the defence trying to introduce “fresh” evidence casting doubt on the trial judge’s impartiality.

Najib, who was found guilty in 2020, faces a 12-year prison sentence at the end of this appeal, having already lost a previous one last December on top of being described as a “national embarrassment” by the Court of Appeal.

In this round, his fate is in the hands of five top judges led by Chief Justice Tengku Maimun Tuan Mat. The Federal Court – Malaysia’s apex court – is set to hear his case for nine days between Monday and Aug 26.

Lawyer Hisyam Teh Poh Teik, who took over as Najib’s lead counsel just a month ago, pleaded to the bench to consider the new set of evidence which is squarely aimed at the credibility of Justice Nazlan Ghazali, saying the verdict against his client was jeopardised by the trial judge’s close ties to Maybank, one of Malaysia ’s biggest banks.

Arguing that the judge was tainted by his prior employment at the bank, Hisyam said the evidence showed that the judge had “direct” and “special knowledge” of the formation of SRC International, whose funds were misappropriated by Najib, with Maybank being instrumental to its formation.

SRC International, a now-defunct subsidiary of the 1MDB state fund, was set up as a vehicle “to meet Malaysia’s future energy needs”.

“Maybank played the main role in forming SRC [but] nowhere in [Nazlan’s] judgment noted the role played by Maybank,” Hisyam said of the trial judge’s 317-page decision. This, he added, went against the judge’s finding that the company was set up by Najib in his interest to misappropriate the funds.

“His lordship must recuse himself,” the lawyer said.

Najib, 69, appeared in court in a dark suit and a blue tie and sat stoically throughout the entire proceeding. He was accompanied by his son Nizar Najib, who is slated to continue the family’s political dynasty by contesting in his father’s – also his grandfather’s – parliamentary seat in the coming election.

The Pekan seat is a rural one, near the coast of the South China Sea, and has been held by Najib since 1976 and previously by his father, Malaysia’s second prime minister Abdul Razak Hussein, since 1959.

Nazlan was with Maybank from 2006 to 2015, with newspapers at that time touting his banking credentials alongside his Oxford University education and his being a barrister-at-law from Lincoln’s Inn, London.

At Maybank, he was head of corporate and legal services, general counsel and executive vice-president before joining the judiciary.

This was pointed out by lead prosecutor V. Sithambaram, who said the judge’s involvement with the bank “was in the knowledge of everyone” and added it was recorded in an affidavit already in the possession of the defence team. 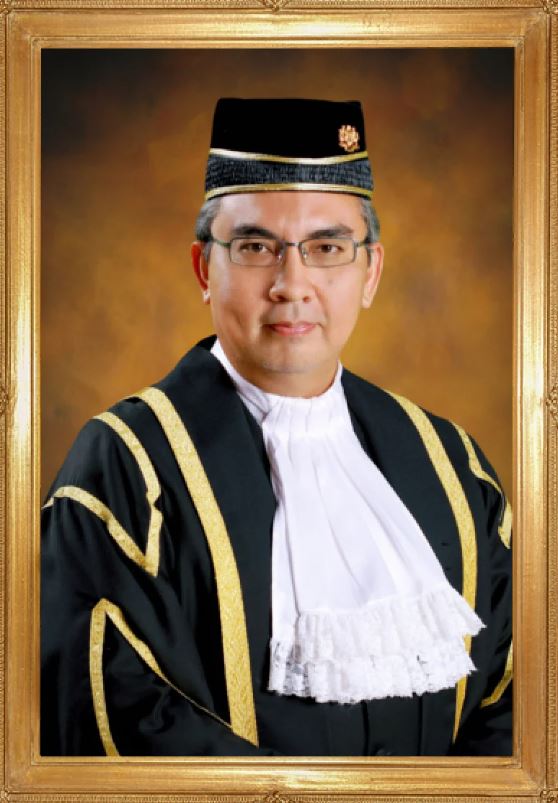 Earlier, the defence argued that the “special” and “direct knowledge” obtained through his appointment allowed the judge to deduce that Najib had an overarching and “autocratic” control as Malaysia’s prime minister.

Sithambaram, however, dismissed the allegation, saying it was the judge’s finding after hearing testimonies of 57 witnesses, including that of former Second Finance Minister Husni Hanadzlah – Najib’s deputy – who gave a damning look into how the former prime minister commanded the cabinet, which he described as “autocratic”.

The prosecution also rejected documents allegedly from the Malaysian Anti-Corruption Commission that were part of the new evidence after the defence claimed they were anonymously delivered to Najib’s residence in Kuala Lumpur.

“There’s nothing for the court to act on as the new evidence is all just hearsay,” the prosecutor said.

The court will reconvene at 9am on Tuesday after the defence asked for time to respond.

The appeal comes ahead of national elections that are expected to be called before a September 2023 deadline. An acquittal could spark a political comeback for Najib, who said last year he had not ruled out seeking re-election to parliament.

While he remains a popular figure and active lawmaker, Najib is barred from contesting elections unless his conviction is overturned or he receives a royal pardon.