When news broke that Malaysia’s Pakatan Harapan (PH) government had collapsed due to an internal coup in 2020, Bala Chelliah’s heart sank.

As the chairman of the Malaysian electoral watchdog Global Bersih movement at that time, he found it difficult to accept that the group’s efforts to organise the delivery of thousands of postal votes from across the world in the watershed 2018 national polls were upended.

The coup involved a clutch of leaders from Pakatan Harapan – victors of the 2018 polls – who decided to jump ship and deny the coalition the parliamentary majority needed to remain in power.

“I stepped down (as chairman) after the ‘Sheraton Move’,” Bala told This Week In Asia, referring to the coup that was brokered by the Malay nationalist Umno party and its allies at the Sheraton Hotel on the outskirts of capital city Kuala Lumpur.

“I worked for 10 years … we all worked our guts out to push for change in Malaysia and then people like Azmin, Saifuddin, all jumped ship and that really broke the hearts of overseas Malaysians,” he said, referencing former Pakatan Harapan leaders Azmin Ali and Saifuddin Abdullah who were part of the exodus from the coalition.

The delivery of postal votes was significant in the watershed 2018 national polls. Dozens of volunteers flew into Malaysia from across the world with suitcases filled with sealed ballots, in a mad rush to ensure votes reached their intended destinations before the end of polling day.

That election was pivotal in Malaysia’s history. Voters angered by rising living costs and allegations of rampant corruption booted out the long-ruling Umno and the Barisan Nasional coalition it leads, resulting in the nation’s first-ever change of government since it gained independence from Britain in 1957.

But the multiracial Pakatan Harapan government fell just 22 months into its term, as erstwhile partner Bersatu, along with a group from the linchpin People’s Justice Party (PKR), joined hands with Umno and Islamist party PAS to establish a Malay nationalist administration.

The political turmoil, which saw two changes in prime minister in as many years, triggered a deep sense of apathy among the Malaysian diaspora, according to Nirmala Devi Windgatter, the secretary general for Global Bersih.

“There has been a plateau for some time. Global Bersih is not active just when an election is on … we tried to reach out to Malaysians to keep the momentum going, engaging them on issues like anti-hopping laws and the rights of children born to Malaysian mothers overseas, but (the response) was very slow,” Nirmala said. 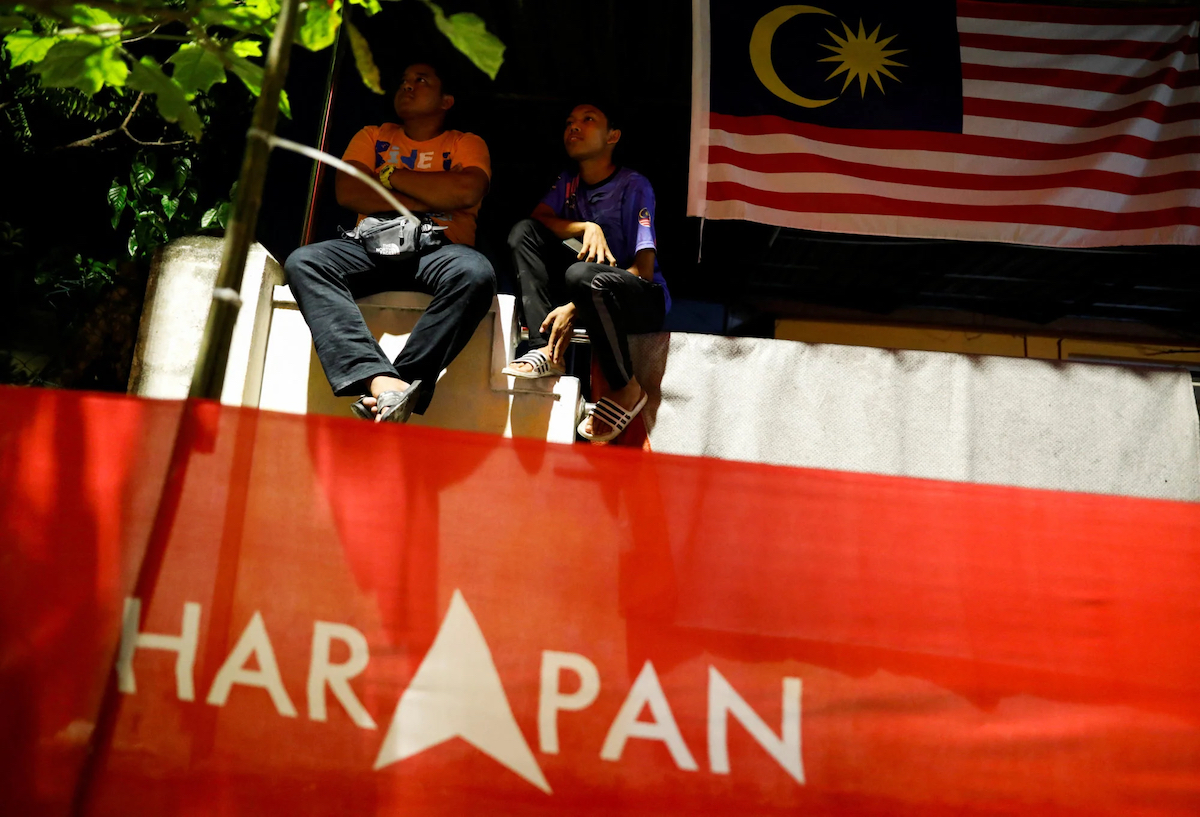 “After the ‘Sheraton move’, it was a difficult process [to engage overseas voters].”

About 21 million voters are registered to vote in the Nov 19 election, which was called after Prime Minister Ismail Sabri Yaakob dissolved parliament last month as he faced sustained pressure from his Umno party to call for polls this year, well ahead of the deadline in the third quarter of 2023.

Umno’s top leadership was keen to ride the momentum from their strong performance at two state elections over the past year, where they secured a two-thirds majority in both contests.

But not everything went Umno’s way. The party was dealt a heavy blow in August when Malaysia’s apex court ordered former leader and ex-premier Najib Razak to begin serving a 12-year jail sentence for corruption and abuse of power at a former unit of scandal-tainted state fund 1Malaysia Development Berhad (1MDB) that he had founded.

Najib bears the dubious distinction of being the nation’s first former prime minister to be jailed on criminal charges, as part of the Pakatan Harapan government’s anti-corruption push that it launched after taking power in 2018.

Besides Najib, Umno President Ahmad Zahid Hamidi and several other party leaders have been charged separately for corruption.

“Najib going to prison gave a breath of fresh air for lots of overseas Malaysians. They started thinking ‘OK, we can make a difference’,” Nirmala said.

Nirmala said the response had since been “really good”, with people rediscovering the excitement of voting in an election.

Malaysia’s Election Commission has yet to release data on the total number of postal voters registered for this election, though Nirmala estimates that overseas postal votes would total some 50,000.

The challenge now is to get organised. To this end, Facebook has been central in efforts to build the momentum, and link Malaysians with their compatriots living in the same country.

Drawing from experience in 2018, Nirmala said they had begun organising early.

Volunteers are split into three main groups – ballot coordinators who will collect the postal votes in each country, fliers who will bring the votes back to Malaysia over the final three days of campaigning, and recipients in Malaysia who will sort last-mile delivery of the ballots from the airport to the various electoral constituencies.

“It’s a huge effort … this way, every single Malaysian at least has a chance to send their ballots back,” Nirmala said.

“Even if it comes in on a flight on [Nov] 18 at 11pm, there is still a chance that the ballot can reach its destination in time,” she said, and urged potential volunteers to get in touch via Global Bersih’s Facebook page.

For Bala, who regained hope after Najib went to jail, their efforts to organise the Malaysian diaspora to vote would present a powerful message to fellow citizens back home, who may be feeling disillusioned after all the political machinations of recent years.