KUALA LUMPUR – Malaysia on Monday (Aug 1) said it now has a slight oversupply of chicken, following its imposition of a ban on exports of the poultry to secure domestic supplies and rein in rising food prices.

Malaysia, which supplies live chickens mainly to neighbouring Singapore and Thailand, in June halted chicken exports until production and prices stabilise, after a global feed shortage exacerbated by the Russia-Ukraine war disrupted production.

Agriculture and Food Industries Minister Ronald Kiandee said the government is monitoring local chicken supply and will resume exports if it has the extra capacity to do so.

“At this point, we are able to produce 106 per cent of our self-sufficiency level. That means we have the capacity to export chicken from our country,” Ronald said in parliament.

“We currently have a slight oversupply of chicken, which has caused the prices of chicken in the market to be lower than that of the ceiling price set by the government,” he added. 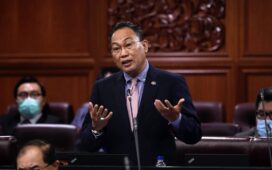