Malaysia’s government has said it will set up a committee dedicated to rescuing citizens who have fallen victim to job scam networks across Southeast Asia’s Mekong region amid continued national attention over the issue.

The illegal enterprises – which are widely seen as an emerging form of human trafficking – have come into focus after reports last week about the death of a Malaysian man in one such scam.

Hundreds of Malaysians are believed to have fallen victim to false offers of lucrative overseas jobs, only to end up working in scam centres set up in Cambodia, Laos and Myanmar conning tens of millions of dollars each week from people across Asia with fake investment schemes and the promise of online romance.

Prime Minister Ismail Sabri Yaakob’s government said in a statement late on Wednesday (Sept 21) that the cabinet will form a multi-agency committee to be led by the foreign ministry.

Amid heightening public pressure over the issue, Ismail Sabri had earlier said his administration would use “all available channels” to secure the safe return of Malaysian victims.

“The establishment of this special committee proves the government’s commitment to ensure that Malaysians are brought home safely,” Special Functions Minister Abdul Latiff Ahmad said in the statement.

The minister had previously said the governments of Cambodia and Laos have given their commitment to help Malaysia ‘s rescue efforts but are “having some trouble” getting help from Myanmar’s authorities.

The Hong Kong government on August 18 set up a dedicated task force that included representatives of the Security Bureau, Immigration Department and the Hong Kong Police Force following multiple reports of the city’s residents trapped in job scams.

See also  Khairy: Get your kids vaccinated by May 15 or pay for it yourself

The scam centres, found in Cambodia’s Sihanoukville and special zones around casinos in Myanmar and Laos, are run mainly by Chinese gangsters and operated by young workers from across Asia – Hongkongers, Malaysians, Chinese and Thais among them – many reeled in by the promise of legitimate work only to become debt slaves unable to leave without paying a ransom.

According to statistics released by Malaysia’s foreign ministry, 168 Malaysian victims have been rescued from Cambodia, Laos, Myanmar and Thailand, out of 301 cases reported.

Thirty-four are still in immigration detention depots, while 99 are missing and the subject of active searches by the respective countries’ authorities.

Opposition lawmaker Sim Chon Siang, who has been heavily involved with rescue efforts, on Wednesday released a photo of a local resident known only as Ah Wie, who has been allegedly recruiting people for the scam.

“Police have this information already. I believe we will have him arrested soon,” Sim said in a press conference at the Parti Keadilan Rakyat (PKR) headquarters west of central Kuala Lumpur.

Sim previously helped the parents of 23-year-old trainee teacher Goi Zhen Feng, who died of abuse by the scam. Victims who have just been rescued, including one who returned to Malaysia last week, were present at the politician’s media briefing.

Speaking in Mandarin, the victim who was introduced simply as “Mr A,” said that he was brought into Myanmar by military officers in army fatigues and carrying AK-47 rifles at the town of Myawaddy.

From there, he was taken to a notorious casino called KK Park, nearly 500km from Bangkok.

See also  Appointment of Youth Parliament members to be extended until 2023, says minister

The 30-year-old added he was enticed by agents on WeChat offering salaries of up to 50,000 baht (S$1,896) for “easy work”, prompting him to take up the offer and leave his previous job at a furniture shop.

Only after arriving at KK Park did he realise that he was scammed.

Mr A also said that they were allowed to decline the job offer after being told of what they are actually there for – scamming others to make the trip – but they will have to pay back the money the syndicate spent to transport them into Myanmar.

“Food and lodging are charged, everything is itemised,” said the victim, who was only released after paying a hefty ransom of 40,000 ringgit (S$12,399).

The recruits had their phones wiped to factory settings and told to “not look for trouble”.

Mr A said that Malaysians make up just 200 out of the 7,000-odd people at the KK Park complex, with the rest being Africans, Vietnamese, Indonesians, Thai, and other foreigners that he “doesn’t know from where”.

“Everyone eats the same food, so when served pork, everyone has to eat it,” he said, noting that seven of the 200 Malaysians are Malay Muslims.

Chiming in, lawmaker Sim said that the 7,000 figure is realistic based on the housing situation at the complex that has 20 blocks, each containing 52 rooms with each accommodating between six to eight people.

“There’s a casino there, a karaoke centre, a supermarket – but it sells shampoos at 70 ringgit each…and a library, which I don’t know for what,” said Sim, holding a satellite image of the KK Park complex.

He added that rescue efforts were also made more difficult by the fact that every victim was given a fake name while at the complex and their real identity had never been used.

“If you have children in KK Park, their names will be changed. They will have to use a fake name, never their real one,” Sim said. 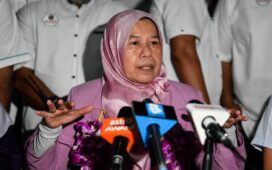 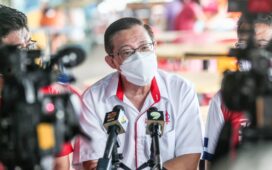 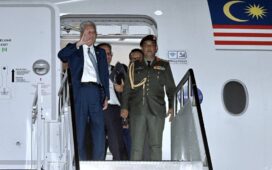 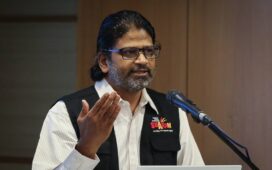 Groups submit memo to AGC, calls for PAA charges against activists, political leaders to be dropped 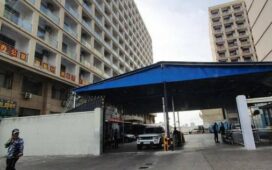 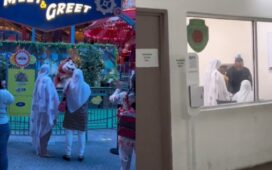