Intended as a clearinghouse for messages of support for Hong Kong’s protest movement, a so-called “Lennon Wall” became a flashpoint last night, with a man in Kowloon Bay arrested for repeatedly punching a young anti-extradition supporter who calmly takes blow after blow while refusing to resort to violence.

The apparent aggressor in the situation, an seemingly intoxicated 46-year-old man surnamed Wong, showed up to the Lennon Wall outside the Kowloon Bay MTR station at around 1am and began tearing down messages that had been posted there in support of the city’s mostly young protesters, HK01 reports.

Video being circulated online shows Wong, in a grey shirt, throwing punches at another man in a blue t-shirt, later identified as a 36-year-old surnamed Mak, who stands face-to-face with Wong with his hands clasped behind his back as he’s repeatedly punched.

Prior to the events the early hours of this morning, Wong had allegedly pushed over an elderly man who was one of the volunteers looking after the Lennon Wall. After about 15 volunteers, including Mak, saw what happened, they surrounded Wong.

In a video posted online, Mak standing in front of Wong to prevent him from leaving, with Wong responding by punching Mak several times, shouting, “Come on! Do you want this?”

As bystanders begin to pull out their phones Wong yells, “Go on, then, film it!”

He then turns to tear down a wall of post-it notes and yells, “You’re playing about with revolution? What revolution?”

“What the fuck are you putting up?” he shouts. “This is not how things work, young people!”

When nearby activists asked why he used violence, he shouts back, “You can’t even take a few punches, how can you start a revolution?”

At one point, Wong can be heard yelling at Mak, “You’re making a mess!” before asking “How much money do you make? Don’t you have a family to raise?”

Mak was punched more than 10 times, and was also briefly knocked down, but did return any blows.

At one point in the altercation, Wong can be heard saying, “File charges against me, then, I’m drunk.”

Police confirmed to Coconuts HK today that they received a report of an assault at 12:45am this morning, and arrested a 46-year-old man on suspicion of attacking two people, the 65-year-old man not seen in the video, and Mak. The case is currently being followed up on by the Sau Mau Ping district criminal department.

The outlet reports that Mak and a 65-year-old man surnamed Lee were taken to United Christian hospital for treatment. Lee was injured in the face, while Mak sustained injuries to his hands and mouth.

Responding to the incident today, pro-democracy lawmaker Au Nok Hin urged young activists not to “sacrifice” themselves to prove a point.

“It was very dangerous to be beaten up that way; he could have passed out,” he said.

NOTE: This article has been updated to include comments from lawmaker Au Nok Hin. 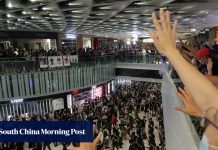 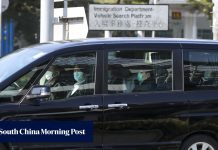 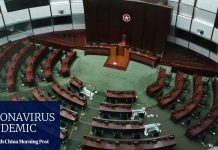 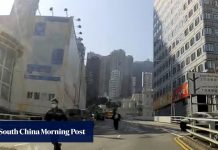 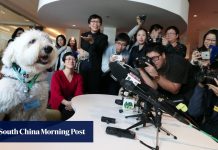 University of Hong Kong mourns the death of Jasper, its in-house therapy dog 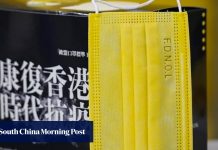 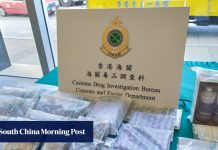 Singapore’s ‘voracious’ GIC tops list of most active state-linked investors, ahead of China and Japan 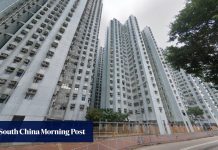