Singapore — After encountering a seller on Carousell who hurled vulgarities at him, an outraged man decided to pretend to be a different buyer in order to set up a confrontation.

In a Facebook post on Wednesday (June 2), a netizen who went by the Facebook name Flora Col wrote: “So yesterday some guy on carousell thought it would be a good idea to push some buttons. Today I’m meeting him under the disguise of another “buyer”. let’s see if he keeps that same energy.” 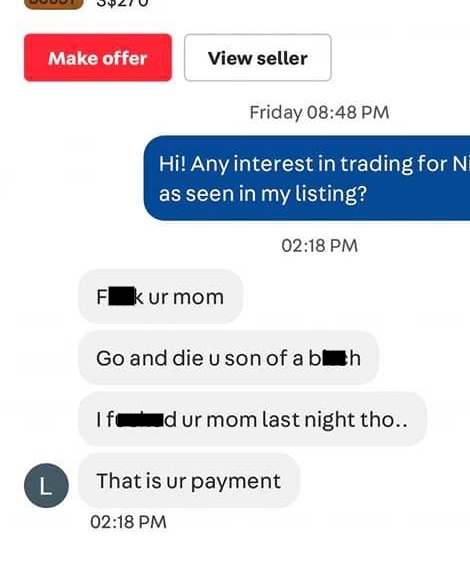 The netizen shared screenshots of his initial conversation with the abusive seller. He asked the seller: “Hi! Any interest in trading for (item) as seen in my listing?”

“That is ur payment,” the rude seller wrote.

Incensed, the netizen created a separate Carousell account and pretended to be a different buyer who wanted to meet the seller in order to collect the items. 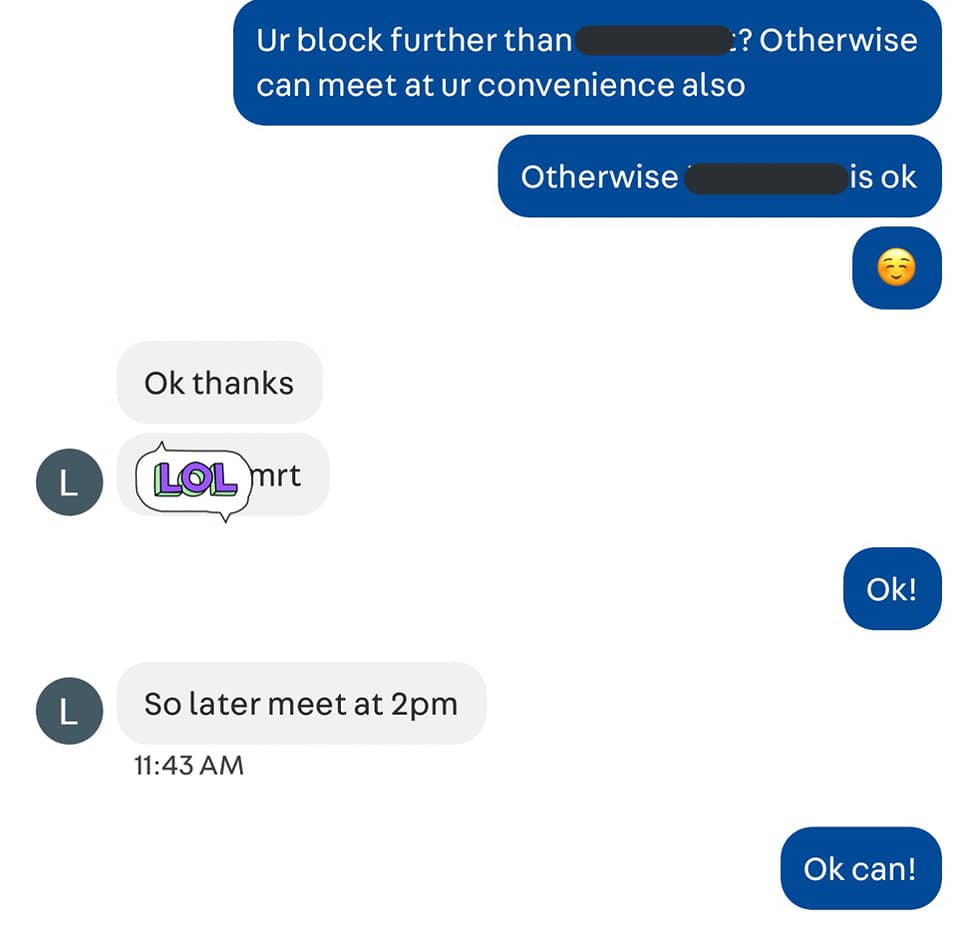 At the meeting, which the netizen took a video of, he immediately asked the seller: “You f****d my mother?”

Seemingly shaken, the seller replied, “No, no”, but the netizen asked him to follow.

In a second video posted on Facebook, the netizen repeated his question to a very apologetic seller who seemed rather scared that his identity would be revealed through the video.

The man even scolded the seller, threatening to slap him.

Netizens had mixed reactions with some praising the man for confronting the rude seller, but others saying that he was no different from the seller as he hid his identity as well.

Responding to media queries, Carousell said it has suspended the seller from the platform for violating community guidelines. /TISGFollow us on Social Media 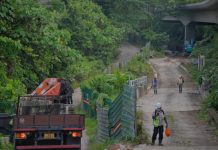 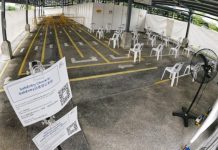 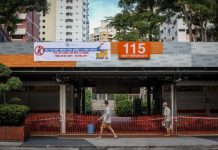 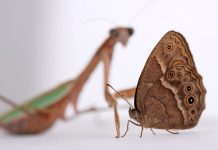 Extra 'eyes' on wings land butterflies in a tight spot 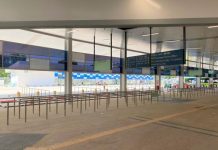 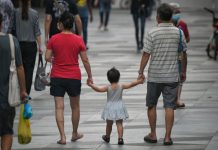 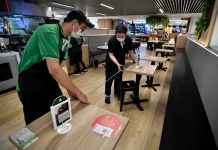 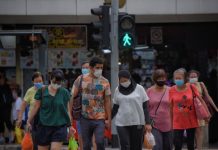 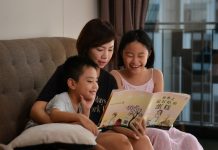 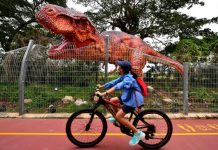 Minor Issues: Raising calm teens in an age of anger 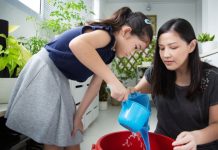 Ways to get kids to care about the environment