Twelve months ago Jose Mourinho and Manchester United parted company but on Wednesday night the Special One will return to Old Trafford intent on revenge.

Since taking over as Tottenham manager last month, Mourinho has guided the club to a hat-trick of wins and a fourth against his former players would be something to savour.

At Tuesday’s pre-match press conference, Mourinho claimed he harboured no grudge against United, but for a man with an ego his size one suspects the humiliation of being shown the door still hurts.

“This is a closed chapter for me,” insisted Mourinho. “I left the club, I took my time to process everything that happened. I took my time to prepare myself for the next challenge. Honestly, United for me is in my book of experiences, it’s in my history book.”

During his two and a half years at Old Trafford, Mourinho won the League Cup, the Uefa Europa League and the FA Community Shield, but it was failure to challenge the domestic dominance of Manchester City and Chelsea that ultimately cost him his job.

The best he managed in the Premier League was a runners-up spot in 2017-18, and when he was fired 12 months ago United were sixth.

Under the management of Ole Gunnar Solskjaer, United are now ninth and facing an uphill struggle to finish in the top four let alone challenge for a title they last won in 2013.

“It is not for me to analyse United now,” said Mourinho, when asked about their current travails. “I analyse them as an opponent, how they play. How can we beat them? How can they beat us? For me that is the important thing.”

If Mourinho remains uncommonly courteous about his former employers it might be because when he left the club on 18 December 2018 he signed what The Times describes as a “12-month gagging clause”. It will be interesting to see what the Portuguese says of United in a couple of weeks.

The man who replaced Mourinho, Solskjaer, is himself now under pressure and his fate is likely to hinge on the outcome of Wednesday’s match and Saturday’s Manchester derby against City.

Defeat in both games will almost certainly result in his leaving Old Trafford with former Spurs boss Mauricio Pochettino the favourite to take over the helm.

Solskjaer’s task has been made all the harder by the absence of Paul Pogba, Scott McTominay and Nemanja Matic, meaning he must rely on Fred and Andreas Pereira to neutralise the threat of a rejuvenated Tottenham side.

French forward Anthony Martial is also set to miss the match because of injury.

Solskjaer was in upbeat mood at Tuesday’s press conference, brushing off speculation that he could be out of work by Christmas.

“I’m good, absolutely no problem,” he said. “Sometimes you laugh when you read stories about what I’ve said and stuff, at least I know the sources are just made up, blatant lies.”

Nonetheless, Solskjaer recognises the importance of this week, saying: “Results are key for us. We’ve got a great chance now in the next three days to turn people’s perceptions.” 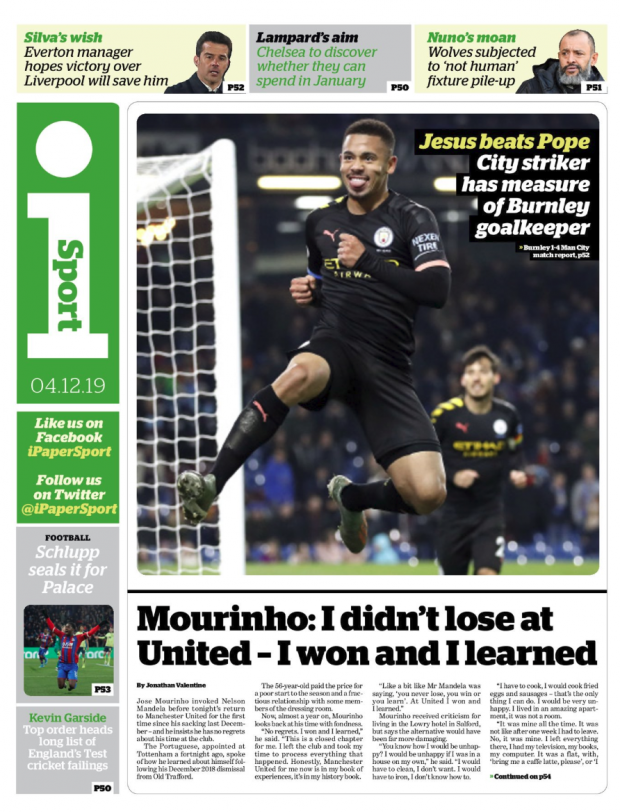 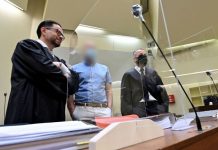 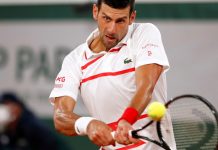 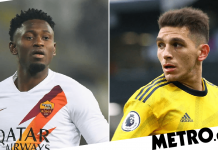 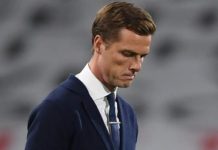 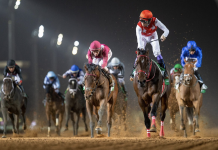 Salomón Rondón: 'If I have a chance to sign again for Newcastle I will do it' 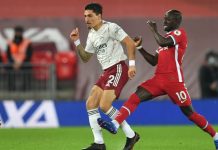 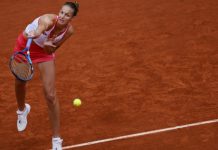