Malaysian politics has been saturated by men for far too long, with wily veterans and the likes of two-time prime minister Mahathir Mohamad and his foe Anwar Ibrahim regularly taking centre stage in local and global discourse.

Still, experts say that fair representation of women in parliament continues to be hugely lacking as inflexible and hierarchical structures pervade the country’s major parties.

“There are too few women occupying roles in central leadership committees of parties who have influence in naming party candidates,” said Alicia Izharuddin, a lecturer in gender studies at Monash University Malaysia.

Despite women making up more than 50 per cent of registered voters in the country, Malaysia is still among the nations with the lowest proportion of female parliamentarians. In the country’s last general election, less than 11 per cent of candidates were women, according to the election commission.

And in this year’s snap general election, women account for only 13.5 per cent of 1,386 candidates.

Although an increase from the previous election, the dearth of women in top governmental positions means that issues pertaining to females are often neglected at a national level, experts noted.

“The lack of representation [might] have a deleterious [damaging] impact on an array of gender-related issues that will continue to remain unaddressed and unresolved on the nation’s political agenda,” said Alicia.

While there is still a long way to go before more women are seen in top government positions, Alicia points to a changing scene in Malaysian politics that has prompted an increase in both younger and older women to seek a life in politics.

Here are some of the women making an impact in Malaysia’s tumultuous political scene:

The daughter of long-time opposition leader Anwar Ibrahim, Nurul Izzah has been dubbed the “reformist princess” due to her reputation for championing the same anti-corruption and multiracial agenda as her father.

The 41-year-old cut her political teeth at a young age and also led street rallies protesting against her father’s jailing.

She is currently the MP of the town of Permatang Pauh in Penang and in July was appointed as one of the vice-presidents of her father’s People Justice Party (PKR), a post she previously quit in 2018 to pursue her “beliefs and ideals” as a backbencher.

She has also been a strong advocate of environmental issues and has urged the government to focus on finding solutions for women disproportionately affected by climate change in a country facing severe weather patterns.

Despite her long tenure as a politician, however, Nurul Izzah’s career has long-been overshadowed by her familial connection to Anwar.

When she left her father’s party, speculation swirled over her motivations, with some questioning if the move was to counter allegations of nepotism or if she had a falling out with her father over the direction of the party.

But her recent rejoining of PKR might suggest to voters the father-daughter duo is back at full-strength. 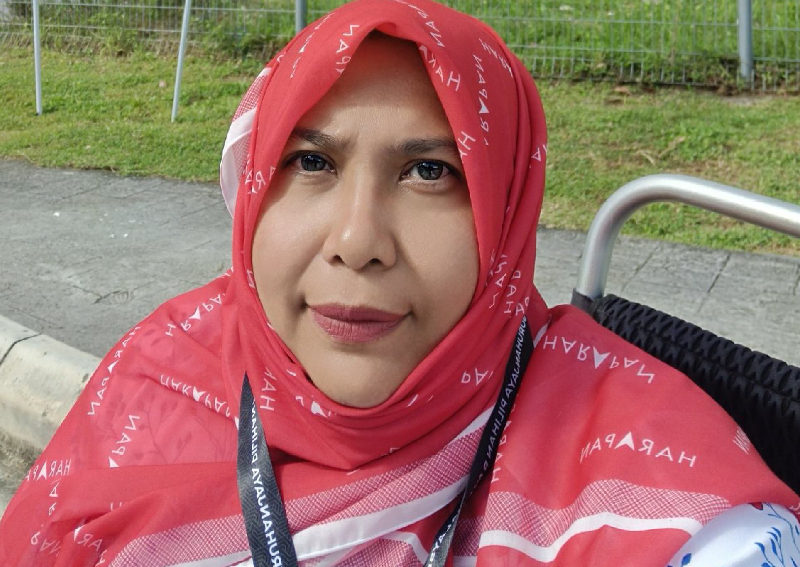 A candidate for Pakatan Harapan (PH) and vying for a seat in the government’s administrative district of Putrajaya, Dr Noraishah joined the race with noble aims – wanting to give voice to an under-represented community.

The 47-year-old activist has spina bifida, a congenital neural tube defect that affects the spine. The candidate – who uses a wheelchair – hopes to represent persons with disabilities at a national level.

Noraishah also boasts a remarkable educational background, having spent years researching spina bifida. She holds a master’s degree in genetics and a PhD in medical biotechnology.

It was her disappointment around the lack of further research opportunities and funding available to scholars like herself that pushed her into politics.

She expressed frustration at the rejection of research grants from the government that she and her cohort of researchers had applied for, saying she hoped further studies in the field would “help children like me walk”.

Siti Rahayu, 41, is the central executive committee member of the Malaysian United Democratic Alliance (Muda), a party that has championed the country’s youth voting bloc.

Her nickname – Cikgu Rahayu – makes reference to the word “teacher” in Malay and is a nod to her efforts to provide access to education for underprivileged and undocumented children, such as those in Kuala Lumpur’s red-light district. 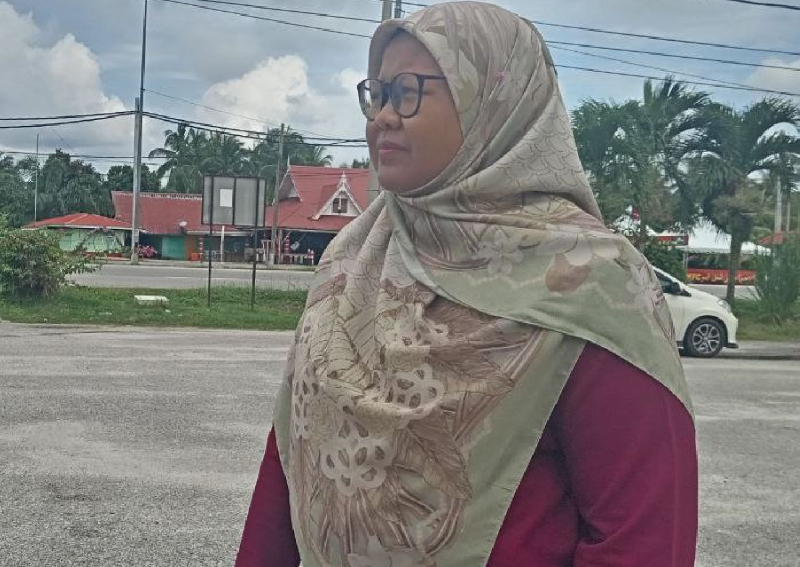 She refers to herself as a “mother and a teacher” who believes education is “a fundamental right of every human being”.

She is a co-founder of Buku Jalanan Chow Kit, a street-side library turned teaching centre, that aims to make education available to all children in the hope that educating children from low-income families might put an end to generational poverty.

She will be contesting in Tanjung Karang in Selangor which has long been a Barisan Nasional (BN) stronghold. Confident in herself and her party, she said a civil and earnest campaign might turn the tide in Muda’s favour.

Dr Nurul Ashikin is a candidate in Ampang for Gerakan Tanah Air, a coalition headed by Mahathir.

Her academic background in climate science makes her stand apart as a candidate prepared to deal with the risk of widespread flooding facing Malaysia as the coming election is set to coincide with the country’s monsoon season. 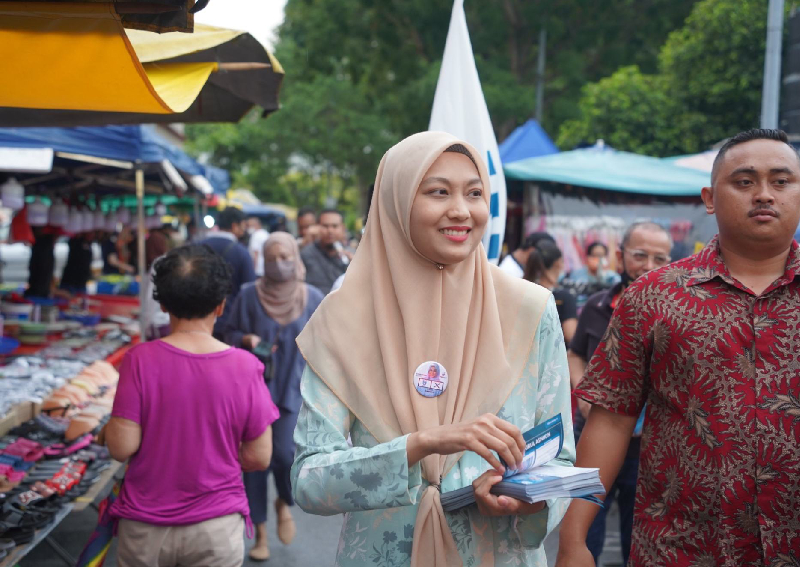 “To be frank, I prefer a parliament seat with flood-prone areas or landslides so I can use my expertise and background in disaster risk resilience,” the 32-year-old told The Star news outlet.

Zuraida Kamaruddin: One of the ‘coup-makers’

Nurul Ashikin will be contesting in the Ampang seat in Selangor against incumbent Zuraida, a seasoned politician who has seen her fair share of controversy during her time in government.

Serving as minister of plantation industries and commodities under the Barisan Nasional administration of Ismail Sabri Yaakob, the 64-year-old quit her post to join Parti Bangsa Malaysia (PBM), or the Malaysian Nation Party. 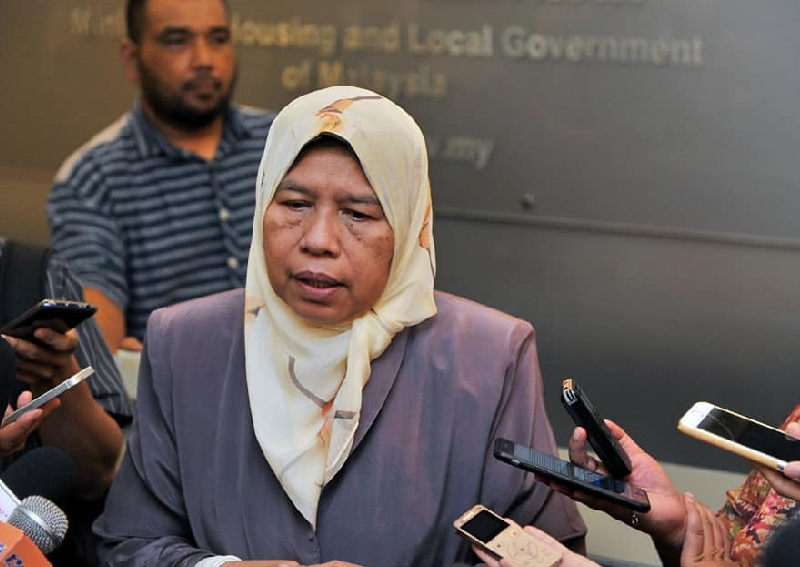 Zuraida’s past involvement in the country’s controversial political coup may well continue to haunt her in the coming election; she was sacked from the PKR for being part of the power grab aimed at alienating Anwar and his allies.

Along with other PKR members, Zuraida quit the multiracial party and joined hands with the United Malays National Organisation (Umno) and other Malay nationalist groups to topple the Pakatan Harapan government that won the 2018 election.

She now faces a stiff fight to keep her constituency, with experts saying her involvement in the 2020 putsch and subsequent party hopping damaged her credibility.

A former environment, science and climate change minister, Yeo Bee Yin has been a strong advocate for issues pertaining to the environment and helped set up a nationwide ban on the import of plastic waste in Malaysia.

But as PH’s candidate for Puchong this year, the politician has found herself entangled in allegations of corruption when concerns were raised over her husband and his family’s numerous business interests. 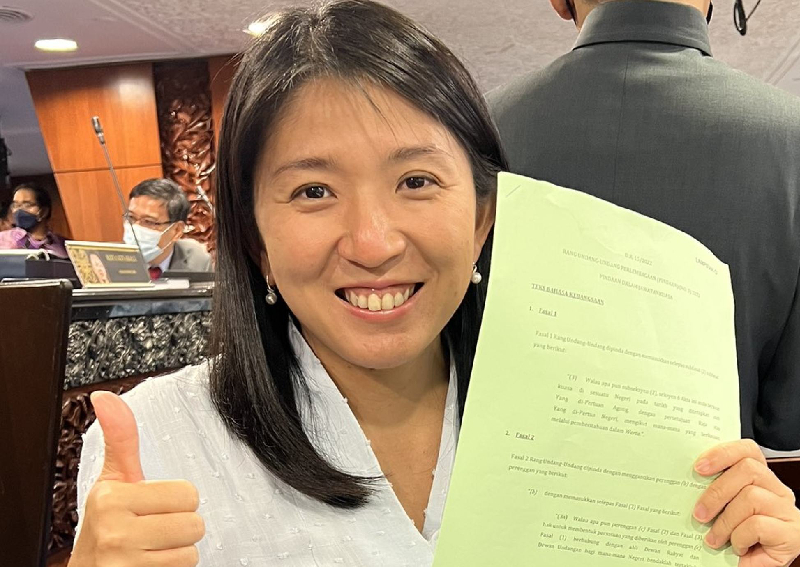 The 39-year-old has vehemently denied the accusations, and asked critics to look at her clean track record in office.

“If there’s one thing I’m proud of it’s my track record, it is that I’m clean of corruption and criminal breach of trust charges,” she said during a recent rally. “I’m an open book that you can check anytime”.

Rampas – a former beauty queen – will run for the Tuaran parliamentary seat in Sabah for the multiracial Parti Warisan, or the Heritage Party. She will face five men for the seat.

The 33-year-old described herself as the only “rose among thorns”, saying that “it’s high time to have more women representatives” and “women voices” in Malaysian politics, The Straits Times reported.

In 2007 she was crowned the winner of Unduk Ngadau, a high-profile beauty pageant and cultural event in Sabah. Two years later she came second in a long-running televised singing contest, Bintang RTM.